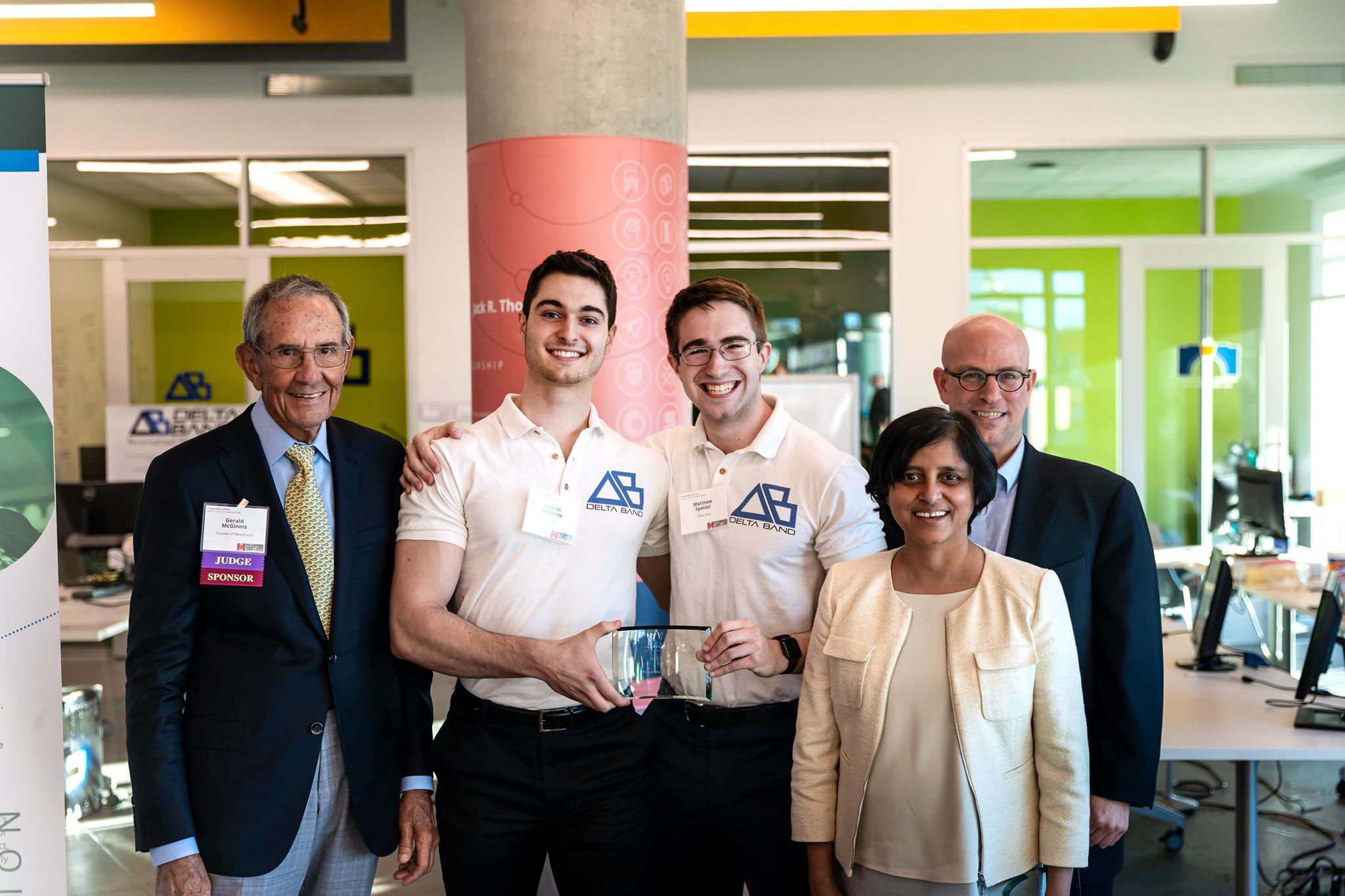 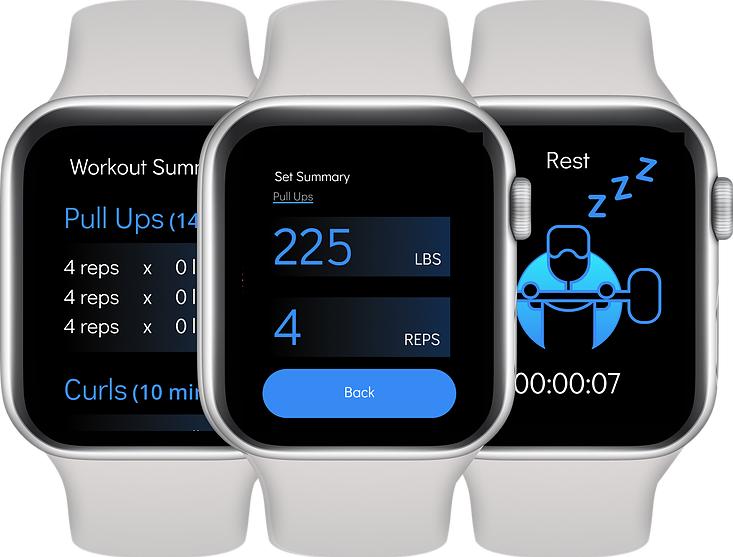 Walking into the gym in the Cohon University Center, the first level is filled with the sound of weights clanking, machines squealing, and students breathing heavily. From the large mirrored walls to the primary colors of the machines and weights, the area may seem like an unlikely place to inspire a tech startup.

Outside his room and his office, this is the place Matt Spettel is most likely to be found. A junior electrical and computer engineering major at Carnegie Mellon University, Spettel has a passion for working out, for setting goals and making gains. Last summer, an idea popped into his head: what if he could track his work out progress automatically, like a Fitbit for lifting?

The first person Spettel texted about his idea was Gabe Madonna, an old friend who was interning at the same company that summer, and the person who originally dragged him to the gym. Madonna, a junior computer science major at MIT, was immediately on board. Within a few days, they had a rough hardware prototype with sensors and wiring that managed to detect some exercises with a degree of accuracy. And thus, the startup Delta Band was born.

“[Delta Band] is a software platform that automatically tracks your workouts in the gym and uses all the data from that to give you personalized recommendations on how to make progress faster,” Spettel explained in an interview with The Tartan. With his expertise in hardware and embedded systems and Madonna’s background in machine learning, they believed they could meld their strengths to create their own product.

Soon, Delta Band proved to be more than just another idea. By the beginning of the fall semester, the startup was part of the Swartz Center for Entrepreneurship, with an office in the epicenter of the Tepper Quad. While CEO Spettel is in Pittsburgh and CTO Madonna remains in Boston, they have worked together to make progress, just as their product does.

The first thing the duo built was automatic tracking software that collected information from workouts and presented them to users visually with graphs. After thousands of reps of every single exercise they could think out, Spettel and Madonna built machine learning models that could classify the different exercises based on what they look like in terms of acceleration and angular velocity.

The algorithm, dubbed "Repcognition," works in three stages. First, the sensors recognize if users are working out or not, dependent on repeating movements. Second, once users are within a set of an exercise, the software recognizes where the specific rep is — where it begins and ends — allowing for the third and final step, that classifies the specific exercises users are doing.

“You put all that together, you get the exercise performed, the number of reps performed and you can extract things like how explosive the user was and how much time and attention they spent, all these useful things,” Spettel said.

Within the next few weeks, they are looking to publicly launch Delta Band’s beta to collect data and feedback from lifters around the country. They also recently filed a provisional patent for “Repcognition,” their workout tracking software.

Early on, however, Spettel realized that this tracking service was catered to people like him and Madonna, self-described “techy gym bros” who had enough experience to look at the data and make decisions. This is where the progress and recommendation aspect of the Delta Band is unique.

“[We realized that] in order to provide value to most people, we have to act on this data,” Spettel said. “If you just want to get bigger arms or you want to get your six-pack, or lose your love handles… those are all goals we can now guide any experience level towards.”

In less than a year, Delta Band has grown and developed from an idea to a full-fledged startup near the brink of public consumption. In March, the team won first place in Carnegie Mellon’s McGinnis Venture Competition in the category for graduate students. They received a $25,000 prize.

Delta Band is also a part of the Swartz Center’s VentureBridge initiative, receiving $25,000 funding to move to Silicon Valley and San Francisco this summer to work in an ecosystem designed to connect rising startups from Carnegie Mellon with alumni and mentors.

Working in the Bay Area for the summer will allow Spettel to devote himself full-time to the startup. During the school year, he spends an average of 40 to 50 hours a week on Delta Band on top of his school commitments. Madonna didn’t turn in his first assignment for a class because he was working on Recognition.

Spettel sees a future for a company that extends beyond saturating the Apple Watch market and building the brand, but at the heart of the startup is his and Madonna’s love for fitness. Delta Band serves as not only a place for lifters to reach their goals, but also a platform to help people get started in the gym.

“I see a future where Delta Band allows us to guide anyone in the world, be it to make more progress, find new lifting buddies, hit personal fitness goals, or just learn how to get started,” Madonna said.

For Spettel, developing a startup is the perfect fusion of his engineering background and his passion for building something new and growing it each and every day.

“There's just something so exciting about building something this real and this influential from nothing. The scariness is very exciting to me,” he said. “With Delta Band, when I wake up in the morning, I have no idea what I’m going to be doing that day… the world is my oyster.”