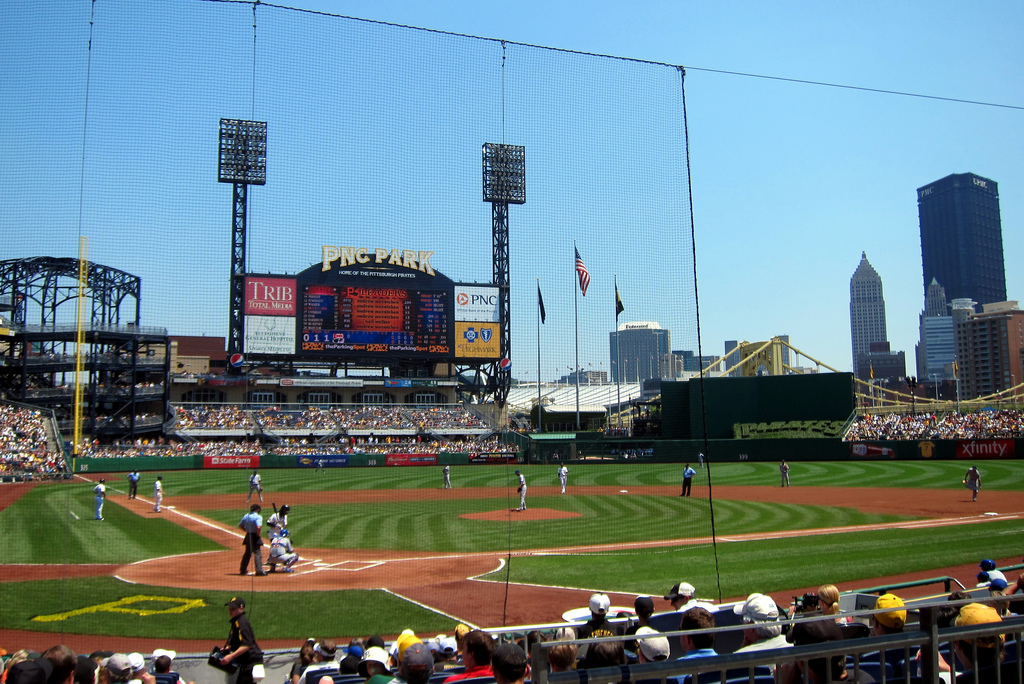 As the hockey season winds down and the baseball season heats up, the Penguins find themselves in a playoff battle and the Pirates find themselves battling the weather. The professional sports teams in Pittsburgh are at some of the most fun points in their seasons, with the playoffs coming up and Opening Day just finishing, so there's plenty to discuss.

After Friday night's loss to the Nashville Predators, the Pittsburgh Penguins are two points ahead of the Carolina Hurricanes in the Metropolitan Division. On Sunday night, the Penguins face off against the Hurricanes in an important playoff battle. Both teams have yet to clinch a playoff spot as the season winds down into its last few games, and the Hurricanes are just two points away from missing the Stanley Cup playoffs, while the Penguins are only four points away. If the Penguins lose two in a row, they could find themselves on the outside looking in.

Alternatively, the game is also a battle for seeding in the Cup. As it stands, neither team will play the Tampa Bay Lightning in the first round, but with the little bit of seeding fluctuation that will go down in the last few games, the Penguins could find themselves up against the best team in the NHL in the first round. Going up against the Lightning, who have a chance to break the record for most wins in a single season, is not a place any team wants to find themselves.

In good news for the Penguins, Evgeni Malkin has returned to practice with contact restrictions. Malkin is unlikely to return to the lineup for the rest of the season after suffering an injury to his upper body from a cross-check by former teammate Robert Bortuzzo. Malkin has been sidelined since March 16. Coach Mike Sullivan hopes that Malkin will return soon according to the Pittsburgh Post-Gazette.

Since the hit, Malkin has remained fairly silent, but recently, the Post-Gazette reported that Malkin said it should have been a penalty. He was surprised there wasn't discipline waiting for Bortuzzo, saying it was "a little bit of a dirty play."

The final four games of the Penguins season begin tonight with the Hurricanes. Afterward, they play the Detroit Red Wings twice in reversed fixtures on Tuesday and Thursday. They end the season on Saturday against the New York Rangers.

In baseball news, Opening Day has come and gone. The Pittsburgh Pirates' first game was played in Cincinnati last Thursday against the Reds, where the game came down to the wire with a score of 5-3. Pitcher Jameson Taillon earned the Opening Day start but found himself on the losing end of the game after giving up four earned runs on six hits and two walks. However, Taillon was pulled at the beginning of the seventh with two runners on base that scored on a home run allowed by reliever Richard Rodriguez.

Some of the few bright spots in the game included closer Nick Burdi who struck out the side on 14 pitches, 12 of which were strikes. Jung Ho Kang went one for three at the plate, with the hit scoring two with two outs in the inning. Also, Corey Dickerson hit his first home run of the season in the eighth inning off Raisel Iglesias.

All of this isn't to say that the Pirates' struggles in the game are going to continue into the season. The third string right fielder, Melky Cabrera, started the game as Gregory Polanco and Lonnie Chisenhall are on the 10-day injury list with shoulder and finger injuries, respectively. The core lineup of Dickerson, Josh Bell, and Francisco Cervelli all had a base hit and scored a run, and the end of the lineup all showed potential. They were just unable to string their walks and hits together into runs coming across the plate.

Ultimately, the game could have gone either way if a pitch or two hit a spot or a batted ball landed in the right place, but it didn't fall that way for the Pirates.

The next game for the Pirates was postponed due to rain in Cincinnati, but the end of their road series against the Reds comes on Sunday. On Monday, the Pirates open at home against the Cardinals, who have lost twice already this season and won once from Paul Goldschmidt's three-home-run game. The game begins at 1:10 p.m., and the weather is looking like it will be cold, but sunny. After their short two-game stand against the Cardinals, the Reds come to Pittsburgh for a four-game series. It will be the first long term test for the Pirates against a team that has the talent to fight for first place in the NL Central.