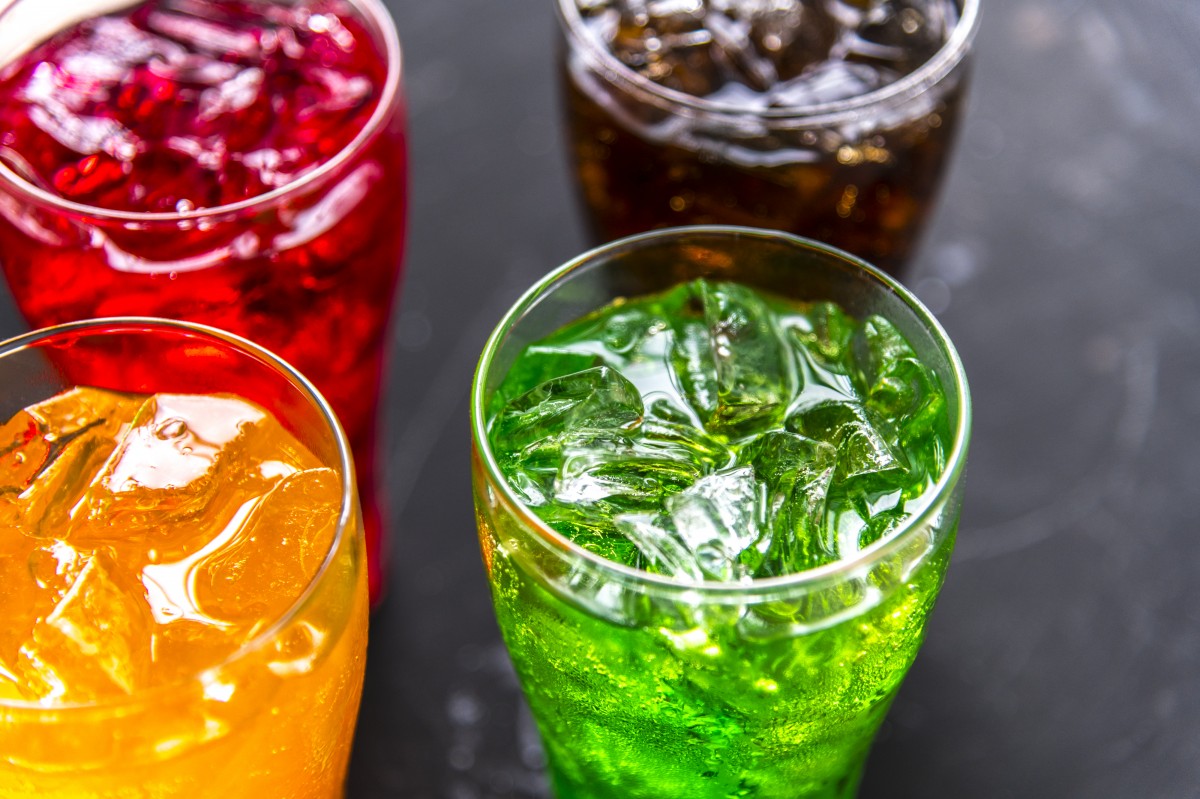 Sugary drinks like these usually contain high-fructose corn syrup. In mice, daily intake of sweetened water in minimal amounts accelerates the growth of tumors. (credit: Courtesy of rawpixel.com via Pxhere)

Sugar is in everything, from fountain drinks to pastries. While sugar might taste sweet, its effects on the human body certainly aren’t. A new study from the Baylor College of Medicine and Weill Cornell Medicine finds that high-fructose corn syrup (HFCS), a common sweetener, is directly linked to tumor growth. The study found that consuming a marginal amount of high-fructose corn syrup daily stimulated the growth of intestinal tumors in mice, independent of obesity.

Dr. Jihye Yun, an assistant professor of molecular and human genetics at Baylor University, explained the premise of the study in a press release: “An increasing number of observational studies have raised awareness of the association between consuming sugary drinks, obesity and the risk of colorectal cancer. The current thought is that sugar is harmful to our health mainly because consuming too much can lead to obesity. We know that obesity increases the risk of many types of cancer including colorectal cancer; however, we were uncertain whether a direct and causal link existed between sugar consumption and cancer.”

The researchers began with a special strain of mouse with early-stage colorectal cancer, where the gene that encodes the adenomatous polyposis coli (APC) protein was deleted. Yun explained that “APC is a gatekeeper in colorectal cancer. Deleting this protein is like removing the breaks of a car. Without it, normal intestinal cells neither stop growing nor die, forming early-stage tumors called polyps. More than 90 percent of colorectal cancer patients have this type of APC mutation.”

In order to simulate human consumption of sugary beverages containing HFCS, scientists used sweetened water that contained 25 percent HFCS, the equivalent of a can of soda. They provided the liquid in a water bottle for the mice to drink voluntarily, and the mice quickly gained weight. However, the researchers were aiming to study the effects of the sugar-sweetened beverage independently of obesity. So they transitioned to using a customized syringe to orally feed the mice a small amount of sugary water each day. After just two months, the mice developed tumors that were larger and more dangerous than mice who were treated with unsweetened water.

These results show that when mice have early-stage intestinal tumors, consuming even modest quantities of liquid-form high-fructose corn syrup can seriously accelerate tumor growth regardless of whether the subject is obese. Alarmingly, young adult humans develop early-stage tumors in their intestines randomly and without symptoms. “Further research is needed to translate these discoveries to people,” Yun cautioned. “However, our findings in animal models suggest that chronic consumption of sugary drinks can shorten the time it takes cancer to develop. In humans, it usually takes 20 to 30 years for colorectal cancer to grow from early stage benign tumors to aggressive cancers.”

According to Dr. Lewis Cantley at Weill Cornell Medicine, the findings explain the rise of colorectal cancers in the United States among 25 to 50-year-olds that coincides with increased consumption of sugary beverages and other foods that contain high-fructose corn syrup.

But what actually causes sugar to promote tumor growth? The team observed that sugary drinks increased the levels of fructose in the mice’s colons and glucose in their blood, which are efficiently absorbed by tumors. In particular, fructose was traced through tumor tissues, as it was chemically altered to enhance the production of fatty acids, which contribute to tumor growth.

While previous research used either fructose or glucose alone to study the link between sugar and cancer, they did not consider how they affect the body in concert. Drinks and foods contain both fructose and glucose in matching amounts; fructose amplifies the role of glucose during the synthesis of fatty acids in tumors. That is the real breakthrough here: the discovery of a direct molecular mechanism that explains the correlation between sugar and colorectal cancers.

On the positive side, Yun says that this research might allow the creation of treatments in the future. Fructose is not essential for the survival of regular cells, so she suggests that “therapies targeting fructose metabolism are worth exploring.” But as always, “avoiding consuming sugary drinks as much as possible instead of relying on drugs would significantly reduce the availability of sugar in the colon.”