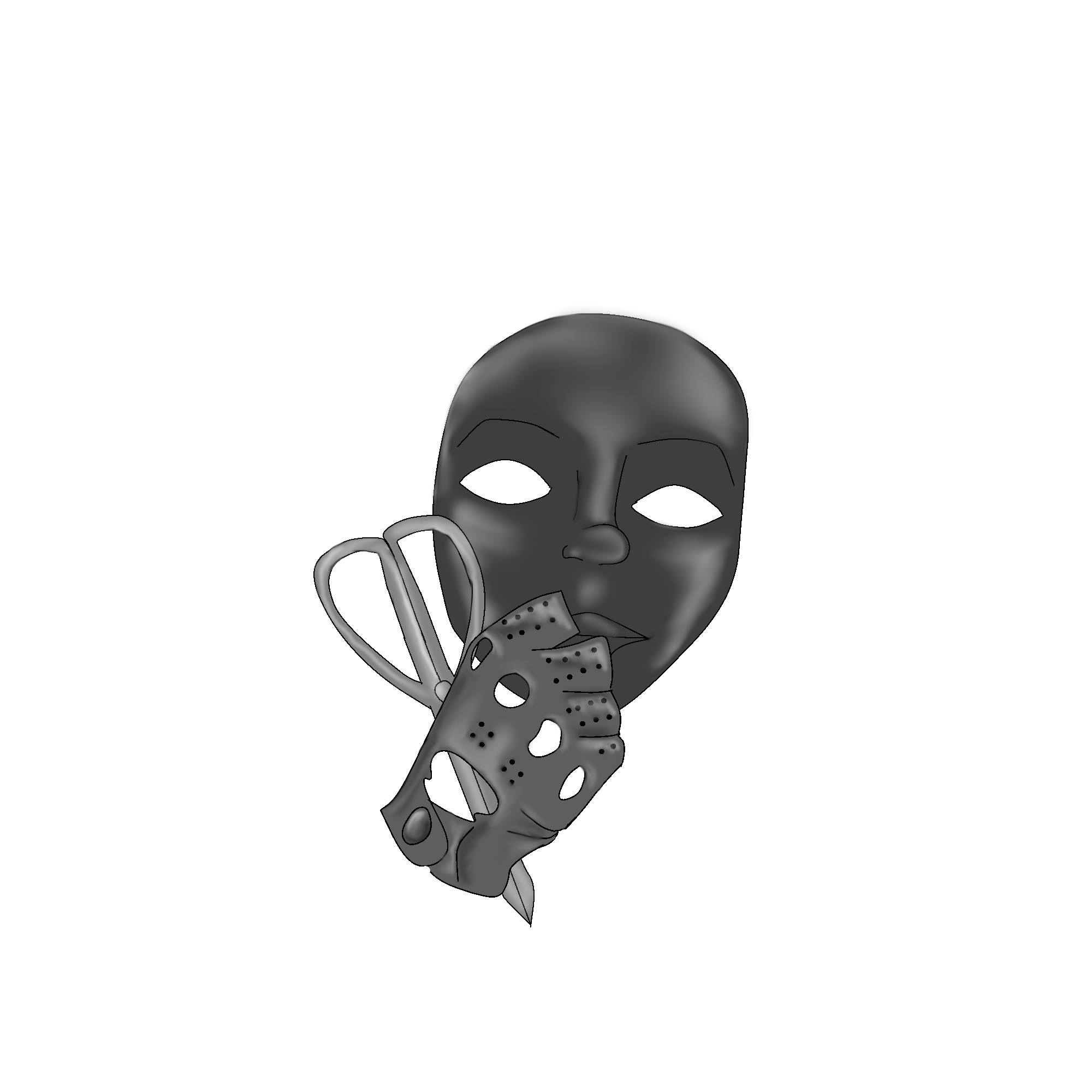 Point one finger, and you’ll have three pointed right back at you.

Jordan Peele’s latest film, titled Us, is a wildly inventive horror film that premiered last Friday, March 22. Raking in $29.06 million on opening day, Us set a record for a single-day gross for a live action original movie, and was only $300,000 shy from beating the 2018 Halloween’s $7.7 million record during previews. I got the chance to see it at the Dolby Cinema at AMC, and it was every bit as mind-blowing as Peele’s first film, Get Out (2017). So — major spoiler alert!

Us is a surprisingly funny home invasion-centric horror film starring Lupita Nyong’o and Winston Duke as the parents in a family plagued by identical doubles called “Shadows.” The Shadows, determined to kill their doubles, tortuously follow the family, leaving the audience wondering who each character really is, and why they are motivated to do the things they do. This may sound like a typical film experience — after all, audiences should be taking a closer look at character motivations, no matter the movie — but in Us, it’s something deeper than that. As the Shadow, Red — Adelaide’s (Nyong’o) double — leads the rest of the Shadows in a sort of revolution, Peele raises questions about the value and transferability of souls and about the struggles of the lower class.

Thought to be “soulless,” the Shadows lived in nondescript tunnels, abandoned after the U.S. government enacted a series of cloning experiments. By creating doubles of humans, they could theoretically control them; however, what they ended up creating was an emptier shell then they intended. Between the human and their clone double was one soul, shared by their two bodies, resulting in erratic almost-human Shadows. However, when one Shadow makes it to the world above, they develop into a functioning human being with a soul. Which raises the question — is a soul something you are born with, or something you develop via environmental influences?

Peele invokes the age-old nature versus nurture debate in this film, but laser focuses the debate on the very qualities that make us human. Do the Shadows not have souls because they were never given the freedom of choice to develop one? Or do they not have souls because souls can’t be cloned? This realization alone sends chills down my spine — are souls simply luxuries because of our freedom of choice? Are they just parts of ourselves that we develop over time, much like a sense of humor or personality trait — not, as commonly believed, an inherent part of human nature? It is this very question that makes the Shadows sympathetic characters — denied freedom and denied choice, they were also denied a fulfilling life. It is difficult to completely hate them or separate yourself from them because of the traumatic and horrific past they’ve endured. It is this question that also shows Peele’s genius — his ability to navigate such existential and philosophical material and his ability to craft an excitingly horrifying film was on an impressive display in Us. And yes, the Shadows were the aggressors in this film. But whether or not they were actually villains remains to be interpreted.

The film also makes a significant social commentary on the class system and the system of blame. Red says it best — when asked what they were, she simply replied, “We’re Americans.” Not only are these Shadows more than just horrifying beings, but they were also people who suffered because of the government and because of capitalism. Many fans believe that the Shadows represent the lower class of America — trodden down by the government, a whole population was forced to fight back as a means of survival. Adelaide and Gabe’s (Duke) family represents the middle class, who fights only when they’re challenged, who ignore the plights of the lower class until they’re forced to acknowledge them. Adelaide and Gabe’s friends, Kitty and Josh, are the upper class: posh, comfortable, and constantly drunk, they completely ignore their own privilege in favor of luxuriating with a glass of rosé.

Digging into this metaphor for a harmful class system, Us becomes a clear picture of the erasure of marginalized peoples. The only thing separating Adelaide and her family from the Shadows is privilege — the only thing separating us from the marginalized is privilege. Humans continually point fingers at each other, placing blame for their troubles on others while ignoring the very real problems of those at the bottom of the ladder. Humans, Americans, us — we are the problem in this metaphor. Peele successfully takes the horror genre and interweaves a conversation set on erasure within it, creating horror within the world of the film, and within the real world as well.

Due to his masterful command of language and a camera, multiple media outlets have been hailing Peele as the new Kubrick or M. Night Shyamalan. This is true — to an extent. Peele’s intense attention to detail and his compelling plot twists have justified these comparisons, but we would be remiss to ignore his own originality and genius. Just take a look at the top 50 Friday night films — Peele’s is the only film not based on an adaptation, comic, remake, sequel, or existing franchise/story. In just his second film, Peele is one of the few directors and writers crafting a brand-new literature for the horror genre, re-inventing the home invasion movie and breathing fresh air into the clone trope for this film. No saw-bearing, ski-mask-wearing, no children-singing-lullabies-in-a-minor-key: Us instead creates new tropes for horror, and dynamic, powerful roles for actors of color.

The movie also received high praise for its casting of dark-skinned actors of color. In an industry that shows little regard for actors of color, particularly dark-skinned actors of color, Us is a tour-de-force of quality representation. Seeing a dark-skinned family on screen as the main characters in a genre with little visibility for actors of color was powerful for the diversity in casting movement. And it proved to Hollywood yet again the incredible talent of artists of color. In addition to the representation, the cast was absolutely fantastic: Lupita Nyong’o’s performance in this movie is nothing short of Oscar-worthy, and Winston Duke is incredibly charming as a goofy soccer dad. Watching the family on screen, particularly Nyong’o, I found myself forgetting that the actors played both the family members and the unnerving Shadows. Nyong’o was sweet, terrifying, assertive, and motherly, shining as the clear star of this film. If anything, I’d encourage you to see this movie simply to see her incredible performance.

The design of this film was also beautiful — morphing hip hop tracks into horror themes, comedically timing songs like “Fuck Tha Police” by N.W.A. to bloody scenes took the horror of Us to the next level. Creating such a rich environment with perfectly timed lighting or key changes developed such an intense build-up of suspense that placed you right in the film — wondering what you would do if your double suddenly appeared. Seeing this film was only made better in the Dolby Cinema, as the moving audio and vibrating seats boosted the effectively creepy sound design. The seats were comfortable so that you could focus entirely on the movie, without having to fuss about leg space or uncomfortable back rests. Best of all was the “Dolby Vision” — since the image was so much clearer, the film was rendered with a greater sense of depth and shadow. Which, in a film all about shadows, only highlighted the eerie lighting within the movie. For those of you who enjoy an intense movie-viewing experience (for either horror or high-speed action), the Dolby Cinema at AMC might be right up your alley.

Now as for me, I’ll be spending the next few days digging on Reddit and Twitter for fan theories and interpretations. I’ll probably be watching Us a second and a third time; one viewing simply isn’t enough to peel apart everything that makes this movie as fantastic as it is. Whether or not horror is your hypnotizing cup of tea, Peele is certainly refocusing the genre in a fresh, wholly original direction. Us is most certainly worth seeing.