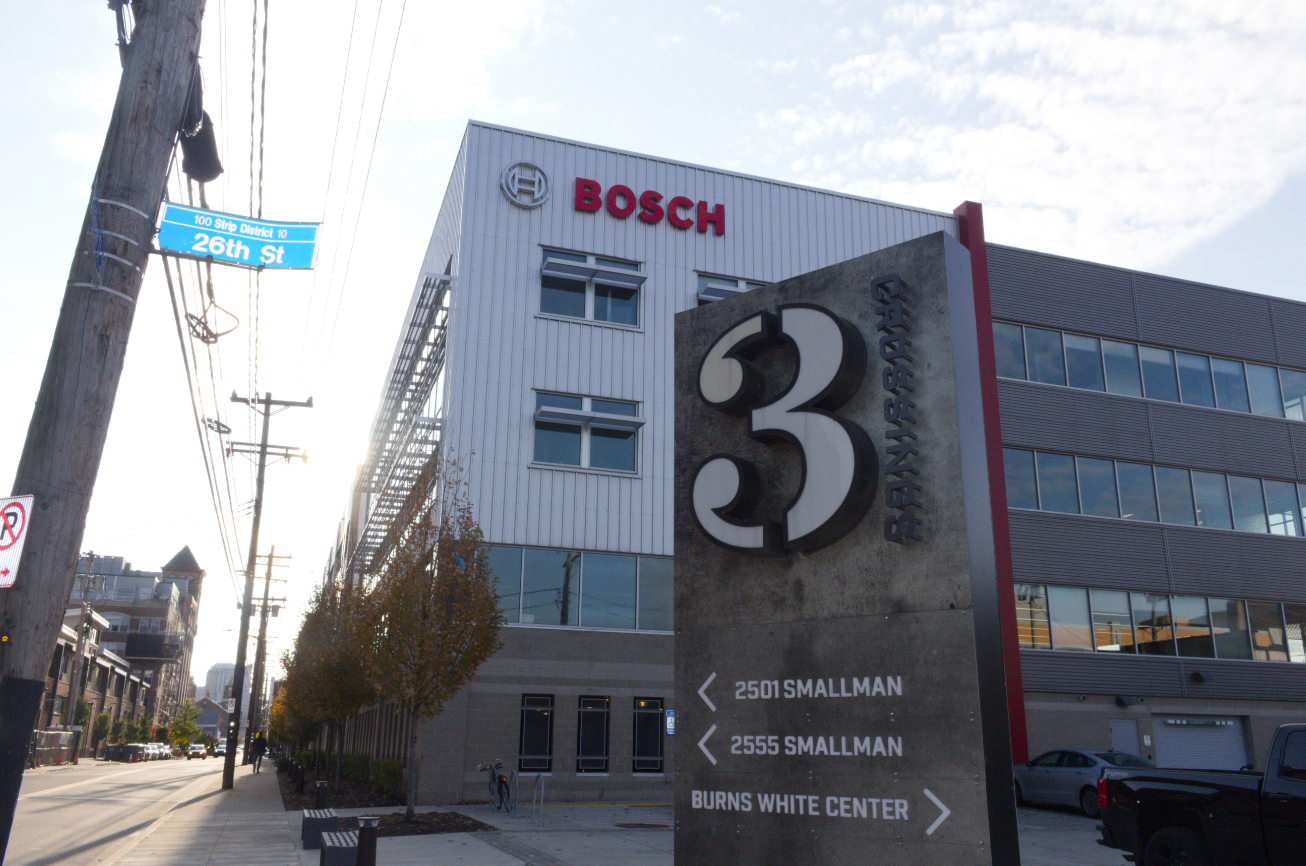 Honeywell’s new robotics center in the Strip District will be housed in the 3 Crossings business development, a 25,000 sqaure foot space on the corner of 26th Street and Smallman Street formerlly occupied by Robert Bosch. (credit: Adam Tunnard/News Editor)

The new facility will house Honeywell Robotics, a division focusing on applying artificial intelligence and advanced robotics for use in warehouse automation and e-commerce distribution.

The company joins the likes of Argo AI, Uber, Apple, Bombardier, and Facebook in what is now called Robotics Row, a dense collection of tech companies who’ve found a home in Pittsburgh’s former wholesale district. Honeywell will take over a 25,000 square foot space previously occupied by Robert Bosch in the Strip’s 3 Crossings business development.

In a company press release, Pieter Krynauw, president of Honeywell Intelligrated, said that “Honeywell has been at the forefront of warehouse automation technology for more than 25 years helping customers improve productivity and efficiency.”

They hope the automation solutions provided by this new branch will address what they see as a labor shortage in the growing e-commerce market.

Joseph Lui, a former IoT and Robotics head at Amazon, is set to be the General Manager of Honeywell Robotics. In an email statement to The Tartan, he says that the corporation chose the Strip District for this facility due to its proximity to Carnegie Mellon University and the density of robotics professionals in the region.

“Our decision to set up Honeywell Robotics was to stay close to advanced robotics and software development talent,” he said, citing Honeywell’s collaboration with researchers at Carnegie Mellon University’s National Robotics Engineering Center (NREC). The company first partnered with the NREC in 2017 to develop robotics technologies for distribution centers.

Lui says Honeywell has created a “strong bond” with researchers at the NREC, and wanted “to stay close to one of the largest robotics communities in the world.”

“The relationships we’ve built with the NREC and Honeywell’s history in Pittsburgh — our voice technology business, which makes voice-guided systems for warehouse and distribution centers, is in the area — makes the city, and where we’re specifically located in Robotics Row, a great place to be,” Lui said, referring to Honeywell’s Vocollect product development in the company’s Penn Hills facility.

Lui can’t say for certain if any of the staff of the new facility will come from Carnegie Mellon, but notes that “we hope they will.” Honeywell is “actively recruiting” staff for the robotics center, Lui says, seeking artificial intelligence and robotics experts, software engineers, program managers, computer vision scientists, and several types of engineers.

Honeywell wants “to bring together some of the brightest minds, partnerships and investments to create breakthrough technological advancements for customers of all sizes, and ultimately deliver values to end-consumers,” said Lui.