Sensors at CMU: What are Kinects doing above doorways? 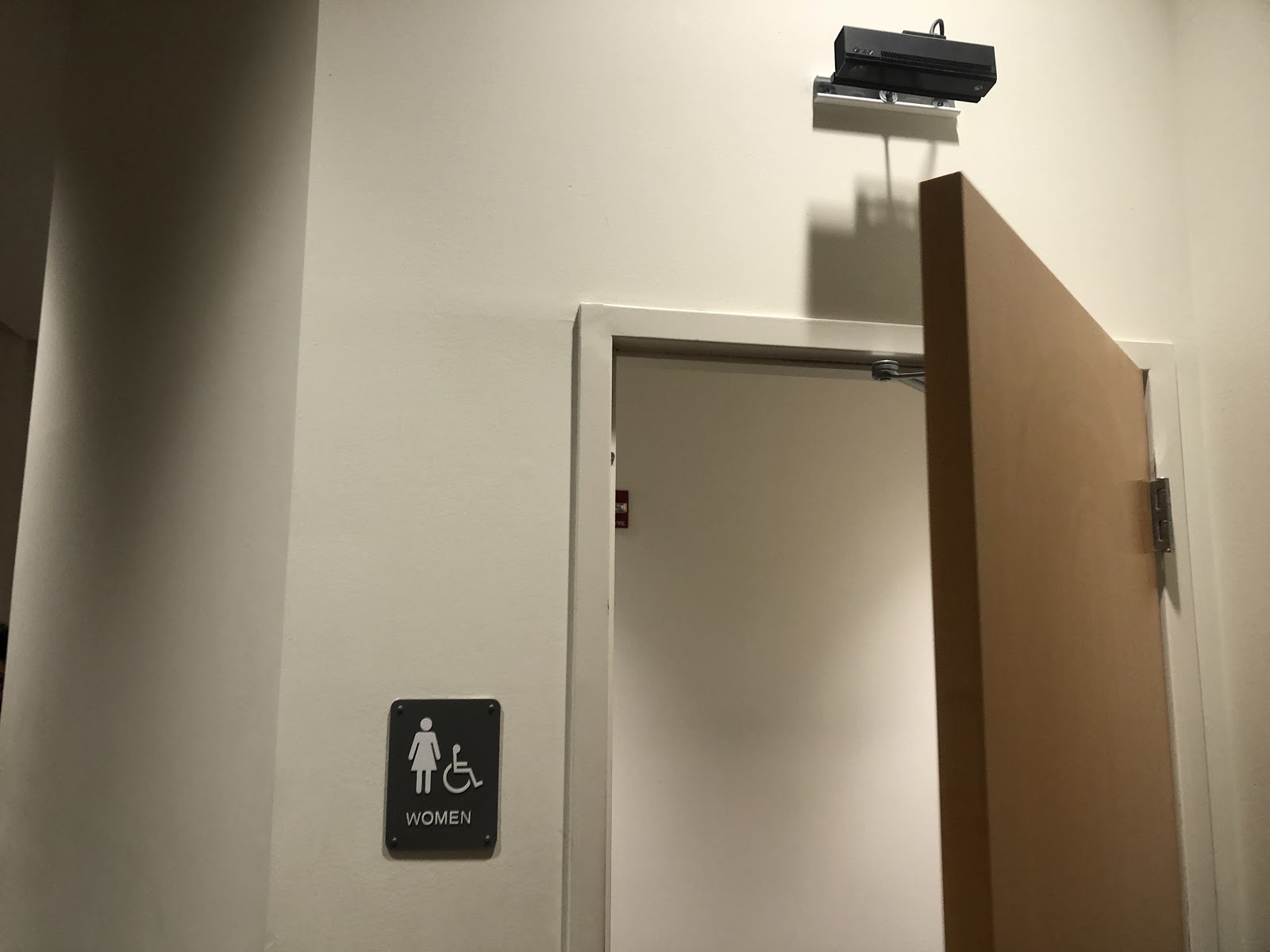 A Microsoft Kinect sensor is seen mounted above a women’s bathroom in the CUC. The sensors are part of an ongoing research project. (credit: Chinasa Mbanugo/)

For many years, Carnegie Mellon University has employed the use of sensors on campus for different reasons, ranging from sensing the emotions of passersby to gauging attention in lectures. In other cases, sensors have been used to track foot traffic in certain areas of campus.

Several Xbox One Kinect Sensors have been installed above doorways across campus. Whether they’re above the entrance to Wiegand Gym or the entrance to certain restrooms or labs, the sensors collect information about foot traffic in the building.

These sensors are part of an ongoing research project led by Mario Bergés, assistant professor of Civil and Environmental Engineering. As told to The Tartan in an email, Bergés is “interested in making our built environment more operationally efficient and robust through the use of information and communication technologies.”

He hopes that, through the use of these sensors, the university “can better deal with future resource constraints and a changing environment.” Currently, his work hones in on “developing approximate inference techniques to extract useful information from sensor data coming from civil infrastructure systems, with a particular focus on buildings and energy efficiency.”

Bergés’ research anchors on how sensors can help our community, he says. So how could these sensors help the Carnegie Mellon community? What purpose would the data on the number of people entering the gym and bathrooms serve? Bergés says “the sensors are part of an ongoing research project to investigate how much energy savings could be achieved if the heating, ventilation and air conditioning were controlled in accordance to the occupancy of the room and thermal comfort preference of the occupants in it.”

However, if the sensors are being used for data on temperature control, then why are there cameras in the sensors? Bergés explained that, “These are not regular cameras, but rather depth imaging sensors.”
Bergés continued, “they provide us with a depth map of the scene (i.e., how far from the camera each pixel in the image is). We use that to count the number of ‘heads’ coming in and out.”

When asked why these sensors were only present on the doorways of some bathrooms, and why these cameras were not present on the doors of the fitness center, Bergés responded “This is a matter of experimental design and consultation with facility management services. We wanted places where we could showcase the savings and easily control the system.”

In acknowledgement of the timeline of the project, Bergés says that “the research project ends next year, but there is no immediate plan to take them down. We welcome any feedback either way.”

This is the second article in a series we call “Sensors at CMU,” exploring the projects behind the cameras and sensors around campus.