Billionaires' contribution to the American Dream 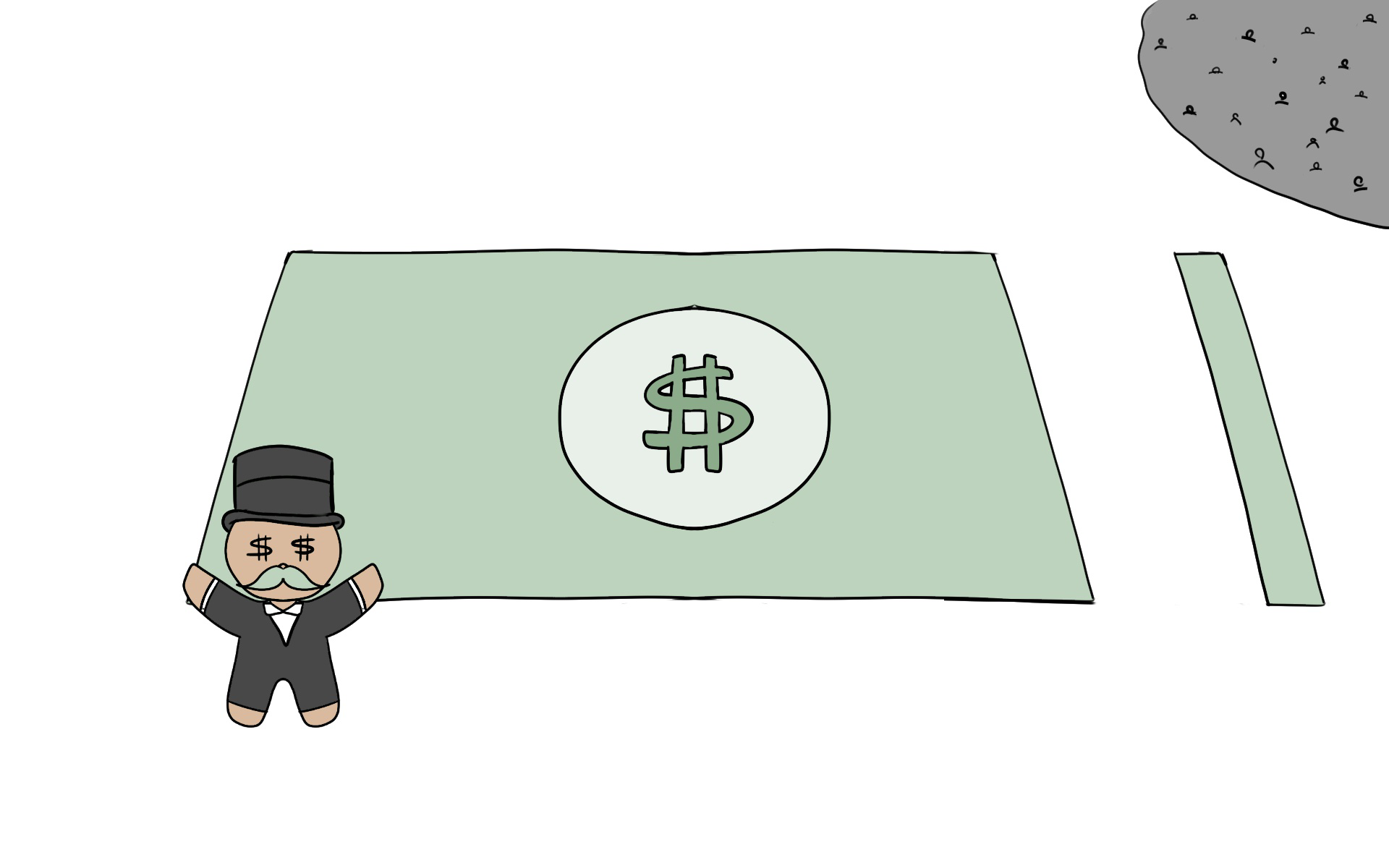 Although billionaires are largely revered in the U.S., their societal value and power over politics are far greater than they have any right to be. The latest example is Michael Bloomberg, whose rumored announcement of his presidential candidacy has created further uncertainty in an already crowded field of Democratic candidates after the first candidates started dropping out.

Let’s back up and assume that the upper class isn't getting enough credit. They’re prime examples of the American Dream, hard workers who have pulled themselves up by the bootstraps to create thriving businesses and give others the opportunity to also make it to the top.

However, this notion of the American Dream is a myth perpetuated by the top one percent, in an attempt to continue duping the middle and lower class into believing class mobility is far more real than it actually is. More insidiously, it’s a method of control: a way to prevent collective action from taking place by promoting rugged individualism over all else.

Let’s start with class mobility: the biggest lie capitalists try to sell when talking about markets. That’s not to say mobility isn’t possible; it is, but it’s significantly more difficult without any policy to promote it. Billionaires exemplify the ways that markets are great at generating wealth, but not at distributing it. The “trickle-down economics” theory was used to justify tax cuts and deregulation for corporations and the wealthy during the Reagan era. Its legacy is wealth inequality — which we're seeing at the highest rates since the Great Depression — a financial crisis, stagnant wages, and colossal debt.

In the U.S., the idea of wealth redistribution through taxes or any methods other than individual charity is denounced as socialism. Redistribution is not a socialist idea, and it's not even that revolutionary. It’s based upon the idea of a social contract that each member owes to a governing body and each other. If the majority were guaranteed access to basic needs, they would have a chance to actually gain wealth and provide for themselves, without having to work more than 40 hours per week. Wealth redistribution policies account for the fact that most people don’t “make it,” particularly those in the lower class.

We could keep going on about the myths that the top one percent like to sell to promote a rigid class structure. All those myths are a major reason why wealth is so concentrated in the hands of so few people, who have an extraordinary influence on the direction of the country. This is one of the few times that the infamous “both sides” argument enlightened centrists tout is actually valid. Republicans have always been the party of the wealthy, and this continues to be true under a president like Donald Trump.

However, the wealthy Democrat donors’ willingness to elect Michael Bloomberg shows just how much influence the top one percent really has. Although it's important to note that Bloomberg has revamped public transit and turned New York City's deficit into a surplus, Bloomberg has called taxes a “necessary evil,” and was completely fine increasing property taxes while cutting taxes for corporations. He also didn’t exactly address wealth inequality as mayor, and we must not forget about his disastrous stop and frisk policy, which overwhelmingly impacts Black and Latino communities.

Frankly, billionaires shouldn’t exist in the first place. These people are not billionaires from their income alone. They have a lot invested in equities, and they make absurd amounts off of capital gains. No one needs that much money. Sure, many billionaires give to charity, but this charity is not enough. Charitable giving as the primary source of wealth redistribution is another facet of “trickle-down” that has gone nowhere. It may alleviate some people from poverty, but that’s the bare minimum. Plus, billionaires get a lot of tax write-offs through their charitable giving, incentivizing billionaires to not support having their capital gains and income taxed higher.

We all owe something to each other. That’s part of what living in a collective system is. Individuals' attempting to gain public office, whose only qualifications are extreme wealth, aren't particularly interesting or qualified. Let's stop treating them like they are. Wealth may be nice to have, but living comfortably isn’t about wealth. Individualism can only go so far. In terms of our personal life choices, it’s a good model. But when it comes to running a country, everyone needs to contribute, particularly those who are much better off. If billionaires can argue that it’s socially responsible to give to charity, they can definitely pay more taxes to fund social programs.