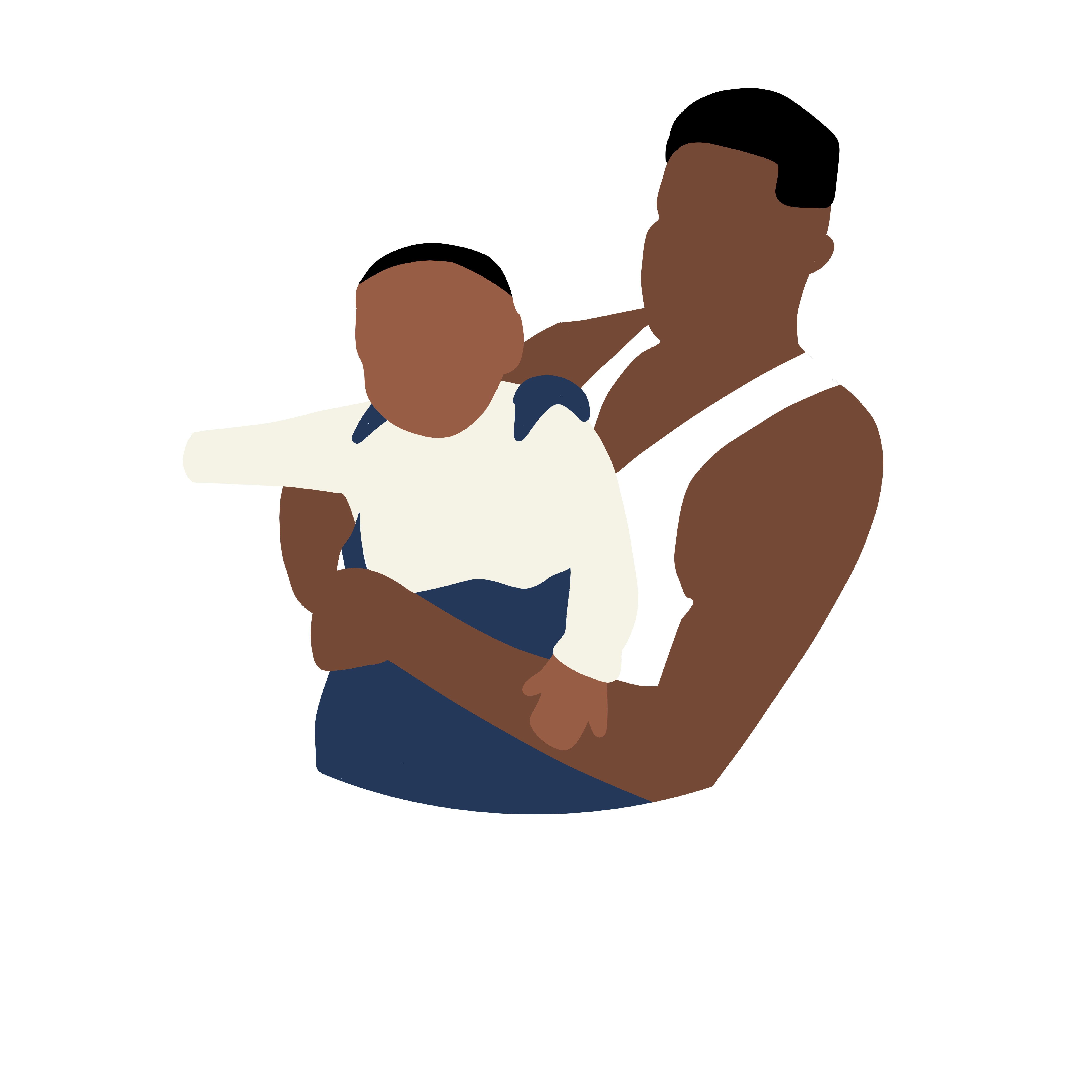 Jonathan Lyndale Kirk, known by stage name DaBaby, stepped into the mainstream scene with his first standalone project, Baby on Baby, which released Mar. 1, 2019. The lead single “Suge” on the album made its way to number seven on the Billboard Hot 100, essentially shooting DaBaby onto center stage. Since then, he has accumulated numerous features on the tracks of other up-and-coming artists like Megan Thee Stallion and Lil Nas X.

So what sets his new album apart from the rest of his discography? Mainly, it is DaBaby’s unwavering allegiance to family. The title of his new album, KIRK, is a tribute to his last name, his family name. With the title and album artwork — a picture of him with his father — DaBaby is letting us know what one thing holds this piece of work together: family. DaBaby begins the “INTRO” with a tribute, “Thinkin' 'bout my grandmama and s*** / … thinkin' 'bout my father and s*** / They found him dead a couple days before I started tour / … I was out there with the family / Just lookin' at my daughter / Thinkin' to myself like, ‘Damn, my baby look just like my daddy.’” With these opening lines, we know that KIRK isn’t just the title of his album; it’s the last name of his father, his mother, his grandmother, and his daughter. It is the name that connects all of them and it is a tribute to his family. Throughout the next twelve electrifyingly playful and intensely moving tracks, the audience is transported into the life of DaBaby. Not only is the album full of tributes to his family, but it’s also full of tributes to himself.

So what makes DaBaby special? As Brian Josephs describes it in a Billboard article, it is “the unforced confidence that surrounds him.” This “unforced confidence” is extremely palpable on tracks like “OFF THE RIP,” “BOP,” and “VIBEZ” in a way that it hasn’t been before. These tracks showcase that DaBaby knows he is ‘it’. He knows what he’s got, and he’s not afraid to flaunt it. On the first verse in “OFF THE RIP,” DaBaby shows us that he knows who he is, “I'm just a lil' n**** from Charlotte, the biggest new artist.” DaBaby is not mincing his words. He knows who he is, and he is unafraid to showcase his talent. In “BOP,” DaBaby flexes his work ethic with the line, “I got me a milli', I did it legit-ly” and on “VIBEZ,” he flaunts his lavish lifestyle with the lines, “I'm 'bout to go buy me a coupe / Pull up, make the doors raise the roof.” Not only do these songs present as a tribute to DaBaby himself, but they also show a more playful side to the rapper.

Ahead of the release of KIRK, DaBaby told Apple Music, “I’m not too serious for myself.” This attitude can be seen clearly through most of the songs on the album. On POP STAR, a song about DaBaby’s success, he makes it clear through the lines, “They prolly tell you I went pop. Until a n**** play with me and he get popped.” Although he is playful, he is not to be played with. In the interlude of OFF THE RIP, DaBaby notes, “you know I just be playin' sometimes,” and this lighthearted side of the rapper can be heard throughout the sometimes cheerful, melodic flute that often accompanies his verses. A reminder that while he may be rapping about his success, his physical altercations, his family, or God, he’s still not taking himself too seriously, and that the carefree side of DaBaby is always present if you’re willing to listen closely enough.