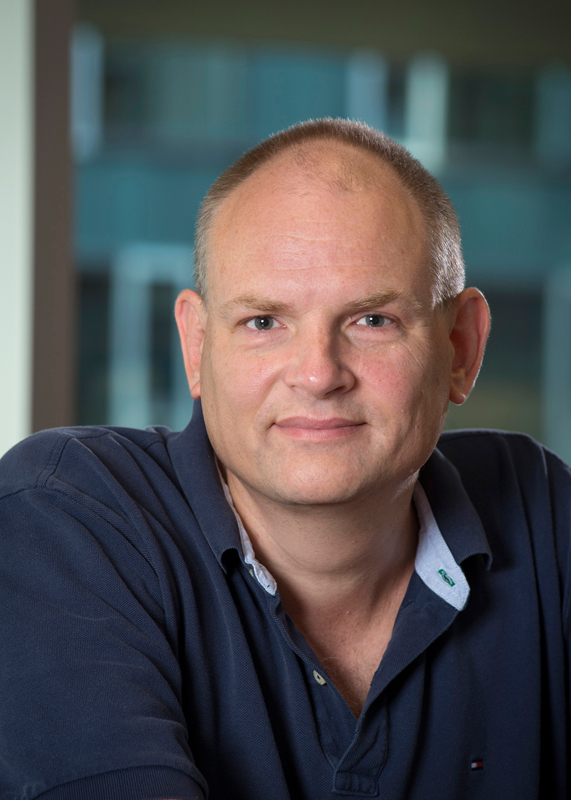 Carnegie Mellon President Farnam Jahanian spoke high praises of Moore’s tenure, saying “Andrew Moore has been passionate about the impact of technology on society and a leader in the way technology enhances people’s lives. At this pivotal time for both the School of Computer Science and Carnegie Mellon, we will make sure the momentum he built will continue.”

Moore has been with Carnegie Mellon University since 1993, when he joined the faculty as a professor of computer science and robotics. In 2006, he took over as director of Google Pittsburgh for the opening of their Pittsburgh campus. His last four years have been spent as the fifth Dean of SCS.

In an interview with The Tartan, Dean Moore expressed his satisfaction at the increased diversity of the department, saying “SCS has the capability of moving the needle on increased participation in computer science undergrad degree by underrepresented minorities from around the U.S.”

Under Moore’s tenure, the School of Computer Science’s incoming classes reached gender parity for the last three years in a row, as well as growing to 211 students this year from just 139 students in 2014.

On the issue of things he wished he could have seen achieved, Moore said that the department “worked on a bunch of things but I never really got started on the central issues of [the] ultra-important question of the quality of life for our graduate students. Many useful steps forward happened, but we never got around to making it a major annual focus for SCS as it deserves to be.”

That being said, since Moore took over as dean, the graduate and undergraduate computer science programs have remained some of the very top ranked in the world.

In response to the new “President’s Task Force on Campus Climate,” established in the wake of two SCS faculty resigning this August after alledging professional harassment and sexism Moore told The Tartan that “campus climate issues around gender harassment, bullying, and unintentional-but-damaging unconscious bias are a really serious issue.”

He went on to specify that this goes beyond sexual harassment, for which “well defined protocols are in place,” to something known as “professional sexism — one example is the phenomenon described in the title of the Atlantic article: ‘Pushy Is Used to Describe Women Twice as Often as Men.’”

As for whether Carnegie Mellon is better or worse than other places in this regard, Moore is unsure, but he does state that he knows “everyone on campus wants us to be significantly better, not middle of the pack.”

Dean Moore’s career has been an interesting mix of both academic and private sector work, with professorship at Carnegie Mellon University, directing Google Pittsburgh, being the Vice President of Engineering at Google Commerce, to his current position of dean.

Moore told The Tartan that he learned a lot working in industry, specifically a heightened sense of urgency, but he also adds that “one of the biggest things in my role as Dean is getting to know my students and realizing that the middle of the century is probably in good hands.”
Referring to his future employment opportunity, Moore quipped to The Tartan that if he “dropped even the slightest hint, there would be black helicopters circling the campus within minutes.”

At the risk of being overly speculative, The New York Times, in an article on the future Amazon headquarters, raised the question “could the dean of Carnegie Mellon University’s School of Computer Science be resigning to run a Pittsburgh HQ2?” The Tartan has no further information on this connection, but regardless, Moore’s future likely sees a salient assignment.

In the Carnegie Mellon press release on his resignation, Moore stated “I want to express my deepest thanks to the amazing students, faculty and staff of SCS,” continuing, “this school is extremely strong and remains a thought-leader in computer science and robotics. With the technological changes now facing mankind, the world has never needed a strong SCS more than it does today.”