Maybe she's born with it. Maybe it's animal cruelty. 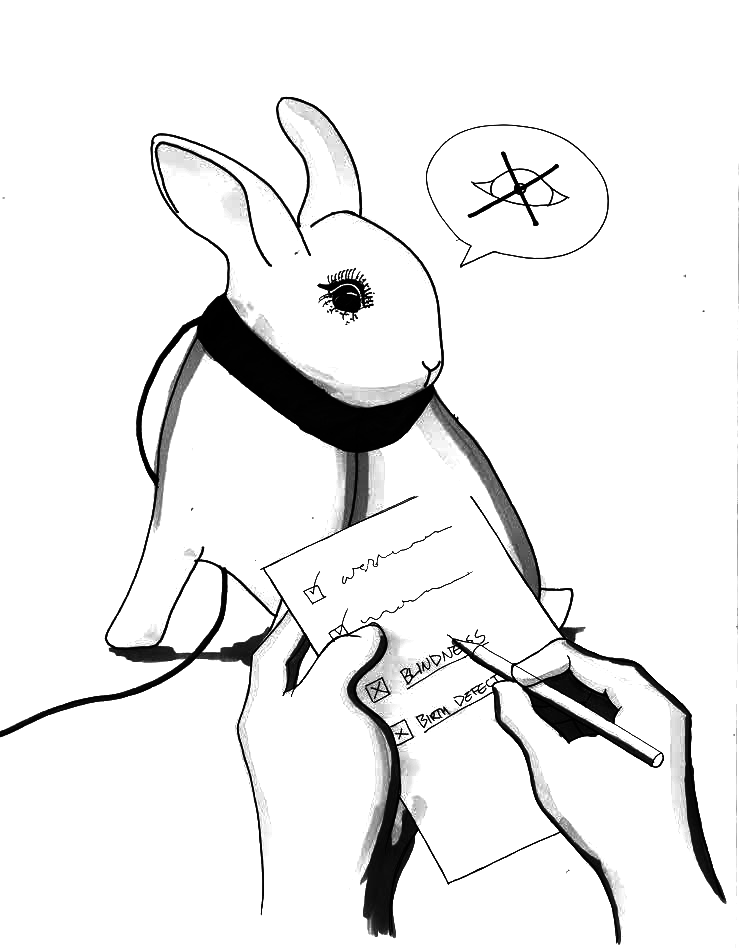 Credit: Danny Cho/
Editorials featured in the Forum section are solely the opinions of their individual authors.

Thirteen Korean beauty products have been taken off the shelves after high levels of antimony were found. At first glance, this may appear to be just another recall. However, when looking at the recalled products, one can see that a significant portion of them came from brands that perform animal testing. Animal testing is performed in hopes to ensure the safety of different products, whether it be new medicines or cleaning supplies or, in this case, cosmetics. However, the fact that brands that tested on animals appeared to have the same proportion of products recalled in comparison to their non-tested counterparts raises the question: how effective is animal testing?

The brand Amorepacific produced about half of the recalled products, yet it tests on animals "if animal testing is required or bound by local governments or laws." Similarly, many other brands on the list, such as Black Monster and Etude House, are pressured by laws to test their finished products on animals. The purpose of such laws is to protect people from potentially harmful products, yet somehow animal testing was not enough to stop these products from ending up on the list more than their cruelty-free counterparts.

Animal testing involves taking live animals and putting them under harsh circumstances. For testing the efficacy of a new drug, animals, many of which are genetically modified, may be deliberately placed under distressful situations or otherwise harmed in hopes that the researchers can learn something about the drug. In the realm of soaps and detergents, animals' fur will be ripped off and the bare skin will be exposed to potentially harsh chemicals. The list of ways animals are tested on goes on, but nearly all of them end with the researcher euthanizing the tested animals.

In 2016, India's government banned animal testing for Indian companies that produce soap, cosmetics, and detergents. However, there have been no adverse effects on the people in this regard. Furthermore, the European Union banned animal testing in 2013. This includes a testing band and a marketing ban, which prohibits the testing or selling of animal-tested finished products and their respective ingredients. Again, we fail to see a rise in recalls or any sign of concern pertaining to safety.

Animal testing isn't even the cost-friendly way to go when it comes to testing the safety of products. As of 2013, it was estimated that the U.S. spends anywhere between $12 billion to $14.5 billion on animal testing. While safety should come before monetary cost, it is important to remember that the accuracy of animal testing may not be the best. In vitro testing is up to twelve times more cost efficient in comparison to animal testing and does not involve an invasive procedure that infringes on a sentient being's life.

Alternatively, testing using paid human clients is another alternative. At first, testing on humans may seem to be less ethical than testing on an animal, but this level of heightened caution that researchers feel about testing on humans may provide heightened incentive to be more cautious about testing. On the participants' end, participants must give consent to be a part of the procedure and may withdraw at any point they choose, a freedom that animal subjects do not have. Additionally, humans can hold the researchers accountable. Should any ethical guideline be broken, they can take the researchers to court; such justice is much harder to do for animals.

What we learn from such studies is nothing to scoff at. Participant-based studies have allowed cosmetic brands to test out new products that consumers can enjoy. Case studies involving human participants allow us to learn more about the efficacies of new medicines and treatments. The world of possibilities exceeds what we can imagine, but we are confined by the mentality that animal testing is the best testing method.

With all these cons, why do we continue to test on animals? Many brands and companies are able to skip the animal cruelty at a hefty price: cutting mainland China's population out of their consumer population. Currently, China (excluding Hong Kong) is the only nation that mandates animal testing. Part of the reason lies in their attempt to combat counterfeit products that may be circulating the market. Many of these counterfeit products are not held to the same safety standard that reputable brands must undergo, thus being potentially hazardous to consumers.

However, as mentioned previously, animal testing is not the most efficient or ethical method of ensuring product safety. Instead of requiring reputable brands to test on animals, perhaps a good step towards countering the damage of counterfeit products is to have tighter copyright laws that protect brands.

China is projected to be the largest cosmetics market. Denying a market that is currently $29 billion is a significant loss that cruelty-free brands must accept in order to avoid testing on animals. However, there is room for hope. In 2014, The Chinese Food and Drug Administration claimed it would begin to be more open to alternative testing methods and waived animal testing for some non-special-use cosmetics, such as nail care and perfumes. In Sept. 2016, China’s Zhejiang Institute for Food and Drug Control opened a lab in collaboration with the Institute for In Vitro Sciences, a U.S. non-profit. Together, Chinese scientists have been trained to test using reconstructed skin cells. If this progress continues and China lifts its animal testing policy, companies will greatly lose any incentive to test on animals.

Scientific discoveries allow us to find new solutions to problems and improve the future. Animal testing may have, at one point, been the most ethical way to ensure the public's safety. However, that is not the case anymore. Just as our technology is evolving, so should our methods of testing.