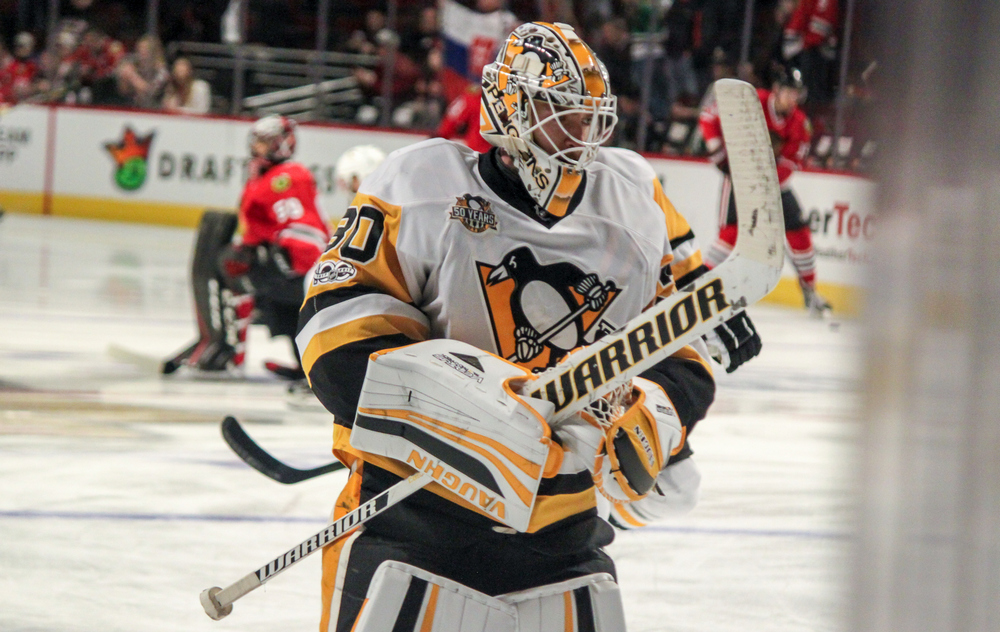 Credit: Courtesy of Sarah A. via Flickr Wikimedia Commons

The Pittsburgh Penguins are hot, even after a recent streak of three bad games. Before the three losses, the Pens won six in a row, beating tough, potential playoff teams like the Los Angeles Kings, Toronto Maple Leafs, and the Columbus Blue Jackets. The Penguins put up four or more goals in five of those six wins and looked as dominant as they ever have.

The Pens dropped the last three games to the Florida Panthers, New Jersey Devils, and Boston Bruins, mostly due to lackluster goaltending from backups Casey DeSmith and Tristan Jarry, who were forced to step up after starting goalie Matt Murray sustained a concussion in practice. The defense also seemed lost on the ice, with defenseman Matt Hunwick looking particularly rough on the ice. They looked like they were in a bit of a spring slump, but that all changed Saturday night.

The Pens beat out the New York Islanders in overtime on Saturday in a bounce-back victory that saw trade deadline acquisition Derick Brassard score his first goal as a Penguin. It was marked by a strong performance by Tristan Jarry, although he had a shaky start when he let in the first goal after tripping in front of the crease. He recovered and looked as dominant as he did before his string of a few bad games. Sidney Crosby put in the overtime winner against the Isles to cap off an important win.

The win against the Islanders saw a shake-up in the lineup. Fourth line Carter Rowney was scratched in exchange for youngster Dominik Simon, and defenseman Matt Hunwick was scratched in favor of Chad Ruhwedel. The Pens looked stronger, with the whole fourth line playing significantly better and the defense looking much stronger.

This recovery from the last three losses was a welcome relief for Pens fans. The trade deadline deal General Manager Jim Rutherford made to bring Brassard to the team looked good but losing shot-blocking defenseman Ian Cole seemed to be a big problem for the Pens in those last three losses, where the Penguins’ defense looked like it reverted to the way it was in late 2017.

The Penguins also lost enforcer Ryan Reaves, who brought a huge locker room presence to the team and seemed to be heating up in his last few games as a Penguin. Fortunately, the Penguins have bounced back and looked solid enough to make a deep playoff run and potentially defend their back-to-back Stanley Cup Championship titles.