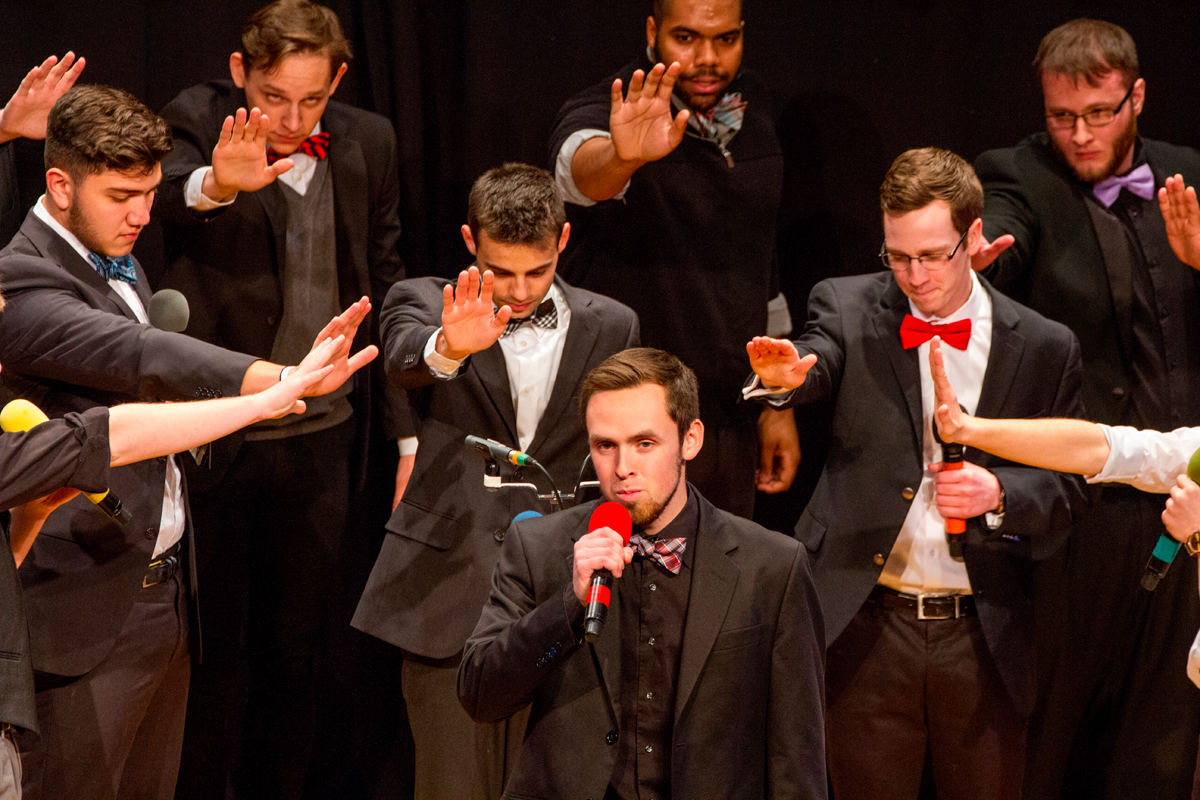 This is Pittch Please’s first year as a recognized organization at Pitt and is its first year participating in an ICCA competition. (credit: Kevin Zheng/) 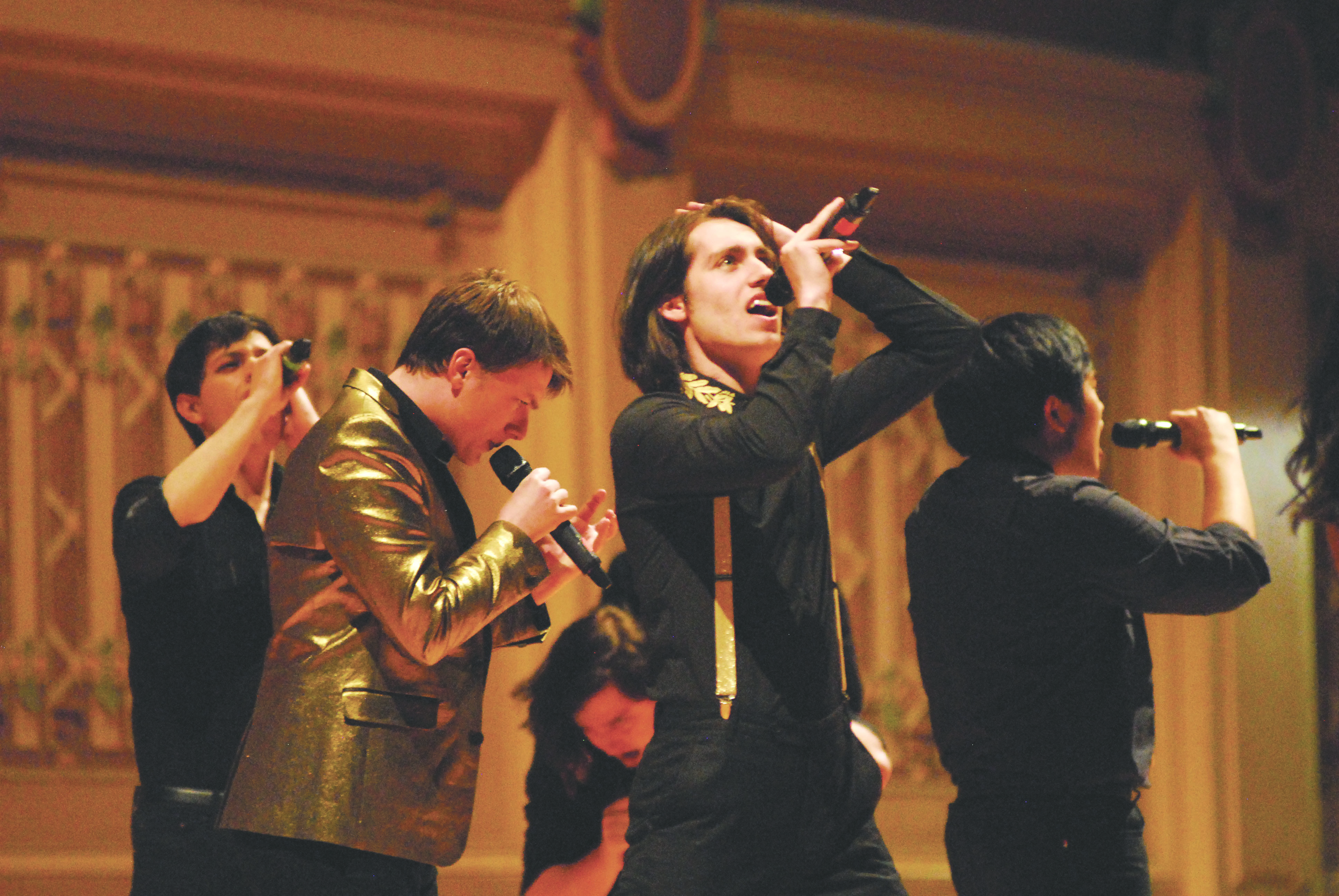 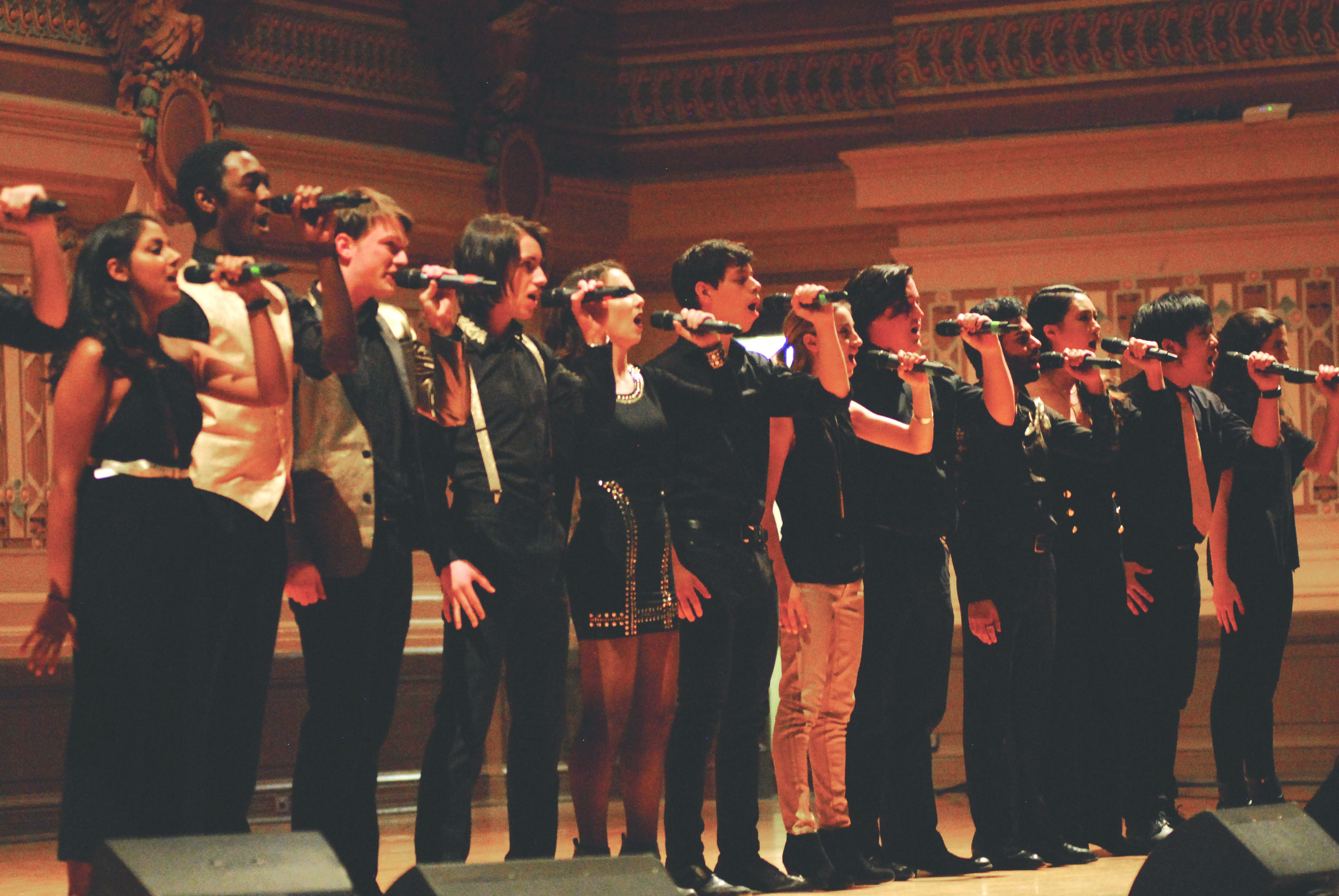 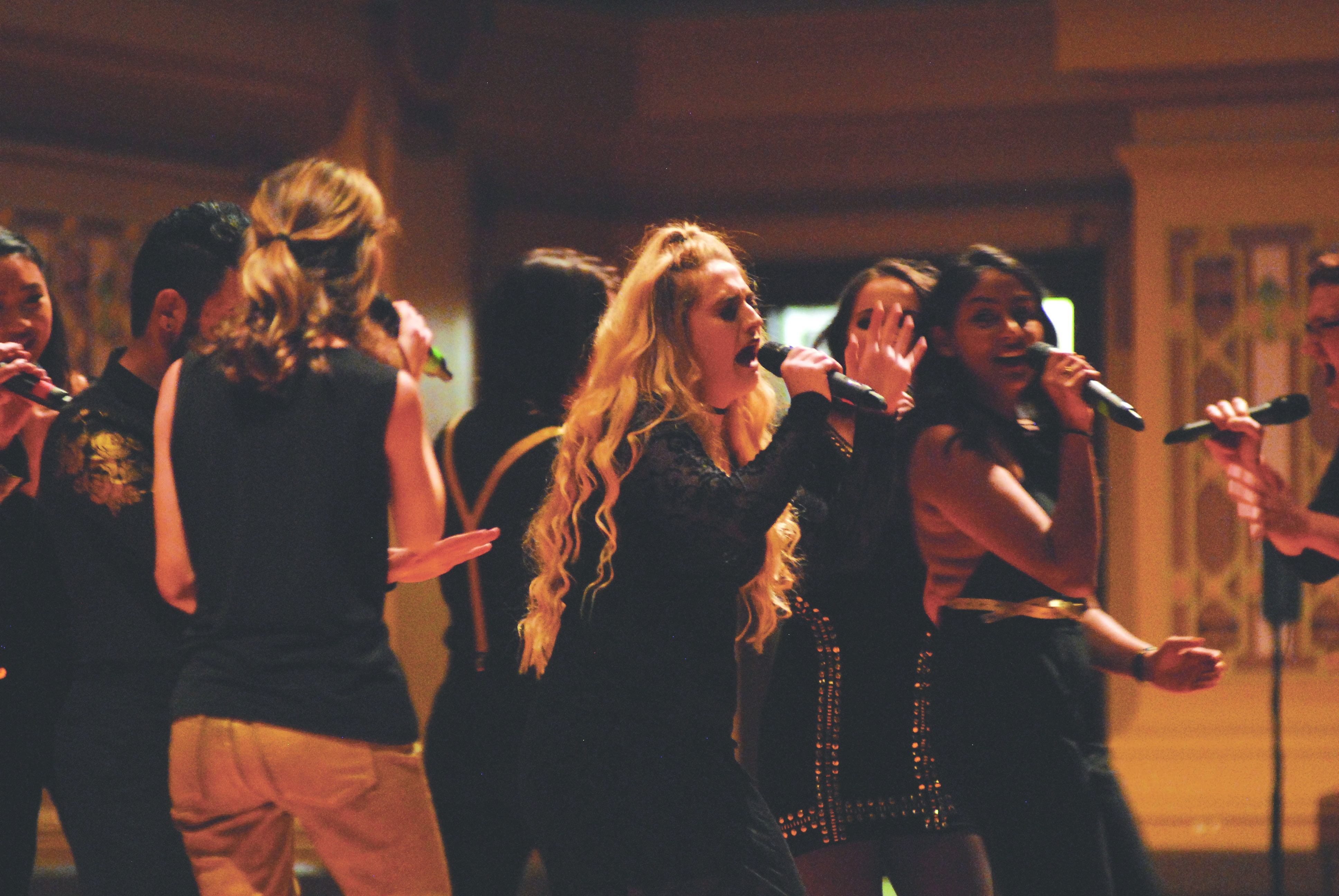 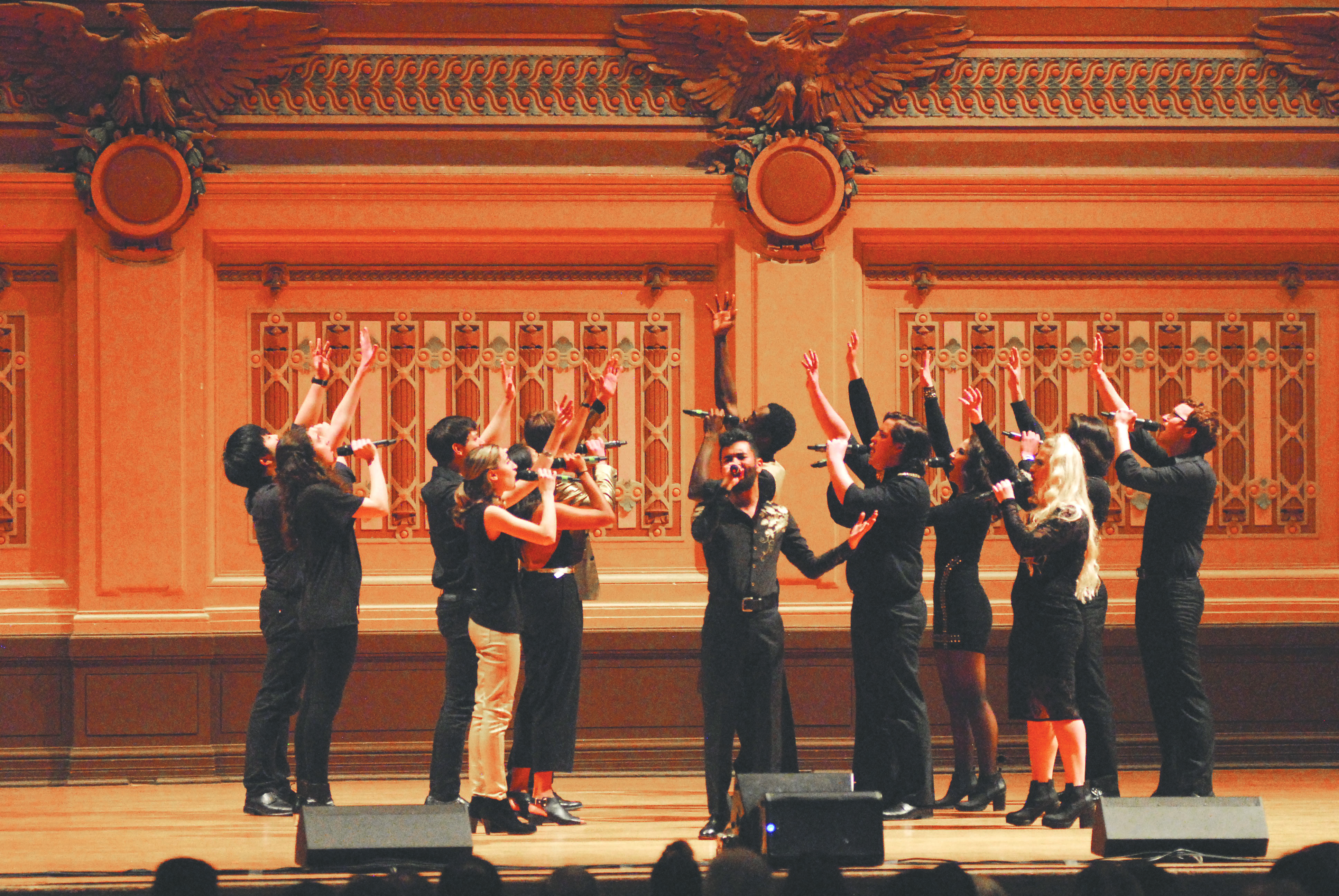 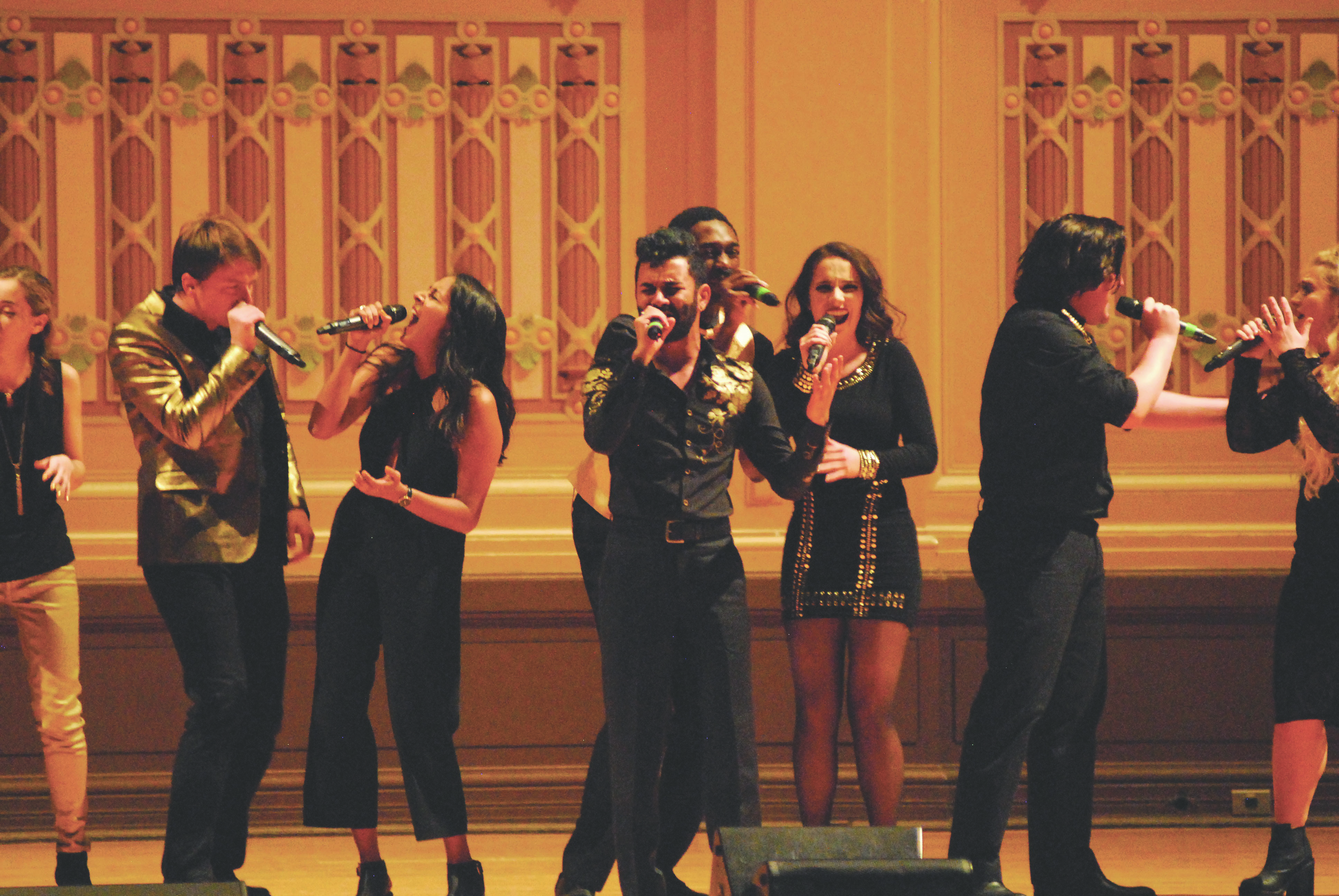 This past Saturday, crowds flocked to Soldiers and Sailors Memorial Hall for the International Championship of Collegiate A Cappella (ICCA) Central Quarterfinal, eager to see the nine teams sing it out for the chance to move on to the ICCA Semifinals in Buffalo in three weeks time (and hopefully have a shot at making it to the finals in New York in April). With nine teams at the competition, three from Carnegie Mellon and six from the University of Pittsburgh, the auditorium was packed and buzzing with excitement as we all waited to see our beloved classmates, neighbors, and rivals take the stage.

First up was C# from Carnegie Mellon. Starting with 2AM Club’s “Worry About You,” I was immediately impressed by the way the group made the song their own. Next, they performed the classic Elvis Presley hit, “Can’t Help Falling in Love.” With big shoes to fill, the group did not disappoint, harmonizing beautifully and singing with passion and emotion. Lastly, they closed with C#’s signature mashup of Ariana Grande songs. Blending together “Greedy,” “Dangerous Woman,” “Leave Me Lonely,” and “Sometimes,” I was impressed by the powerful lead throughout the performance and the backing vocals of the rest of the group, with the potential to rival Grande herself.

Pitches and Tones, the first University of Pittsburgh team of the night, was the next to perform. Immediately, I recognized the strength of the Pitt students’ choreography. Beginning with a mashup of “Feeling Good” by Michael Bublé and “Start a Fire” by John Legend, the group showcased some powerful vocals, and only continued to awe the audience with a rendition of Rihanna’s “Sledgehammer.” Pitches and Tones only continued to shine, commanding the stage with their choreography and filling the room with their intense vocals. Lastly, they closed with an emotional, but not quite as impressive mashup of “What is Love” from the show Empire and “Green Light” by Lorde.

Carnegie Mellon was back with the Treblemakers. Returning again this semester with MisterWives’ “Machine,” they once again proved themselves to be formidable opponents in the a cappella circuit. The vocal percussion throughout their set was particularly incredible. Continuing with “Love So Soft” by Kelly Clarkson, the group did not fail to deliver another stellar performance. Last, they closed with an emotional and raw cover of Kesha’s “Praying.”

Next, the Pitt Pendulums performed decently, first with Disclosure’s “Magnets” and then Jon Bellion’s “The Good in Me.” While their first performance was good, it was definitely not my favorite of the night. While they picked up momentum with a fantastic lead with a wide vocal range in Bellion’s song, their final song was by far their best. Miley Cyrus’ “FU” was an interesting choice, but they performed it with great power and fervor and truly engaged the audience with the more upbeat song.

University of Pittsburgh's all-male group, Pitch Please, closed the first half of the show fervently. Their entertaining choreographing and extreme vocal ranges really drew the audience in, with performances of “Good Things Come to Those Who Wait” by Nathan Sykes, “Jealous” by Labrinth, and “Hit Me” by Dirty Loops. They were strong in their vocal consistency, each of them with an impressive set of pipes.

After a short intermission, Sounds Like Treble, one of the University of Pittsburgh’s all-female group, started the second half strong. Their mashup of Imogen Heap’s “Hide and Seek” and Bishop Briggs’ “The Way I Do” exhibited strong choreography and vocals from all, with no clear lead in “Hide and Seek” and a strong and distinct lead throughout “The Way I Do.” They then took on Gnarls Barkley’s “Crazy,” and finished with a beautiful performance of Little Mix’s “Secret Love Song.”

Immediately after, University of Pittsburgh’s C Flat Run immediately reigned supreme on the stage, capturing the audience’s attention immediately with their intense, synchronized choreography and their extremely strong vocals, showcasing their superiority among the groups. With a rich and powerful mashup of Alabama Shakes’ “Gimme All Your Love” and Donald Glover’s “Redbone,” followed by a pure and harmonious performance of Frances’ “Grow,” and closing with a mashup of Rihanna’s “Desperado” and Jay-Z’s “Run This Town,” C Flat Run truly managed to highlight all of their strengths through the different styles and genres they chose.

The last University of Pittsburgh group for the night, the Songburghs, were definitely not least. While C Flat Run was a difficult act to follow, the Songburghs continued to capture the audience with their dramatic, eye-catching choreography. Throughout all of their songs, the choreography seemed to tell a story and take their performance to new heights. With incredible beatboxing and a unique lead on NEEDTOBREATHE’s “Money and Fame,” the group finished with Rag’n’Bone Man’s “Wolves” and then Begonia’s “Out of My Head,” exploring a wide range of tones, pitches, and styles, and succeeding in every way.

Finally, the night closed with Carnegie Mellon’s all-female a cappella group, Counterpoint. With the most emotionally potent performance of the night, the group started with intensity. Their rendition of Wrabel’s “The Village” was hauntingly beautiful, and they utilized the stage well with simple but effective choreography. Next was Radiohead’s “Creep,” followed by the fun and upbeat MisterWives’ song, “Reflections,” accompanied by some fabulous beatboxing and choreography.

All in all, the nine groups were mesmerizing to watch. However, only two could make it to the next leg of the competition. Before the judges returned and the official results were announced, there was a performance by CMU Jiya, an all-girls Bollywood fusion dance group, and an impromptu beatbox battle between some of the a cappella groups. While all beatboxers hyped up the crowd, the fan favorites were from the Songburghs and Pitch Please.

While Carnegie Mellon’s groups are near and dear to our hearts and fought valiantly, unfortunately the University of Pittsburgh came out on top. With C Flat Run winning in the outstanding soloist, outstanding arrangement, and outstanding choreography categories, it was pretty clear before the results were announced which group the judges liked best. Carnegie Mellon Treblemaker Derek Brown, however, deservedly won the award for outstanding vocal percussion. Two University of Pittsburgh teams will move onto the semifinals in late March: the Quarterfinal champions, C Flat Run, and the runner-up, the Songburghs (who tied for best choreography). While it was disappointing to not see Carnegie Mellon teams move on to the next round, the ICCA Central Quarterfinal was overall a major success and an exciting event to attend, with immensely talented singers and vocal percussionists across the board.