Are the Pirates’ woes due to owner’s penny pinching? 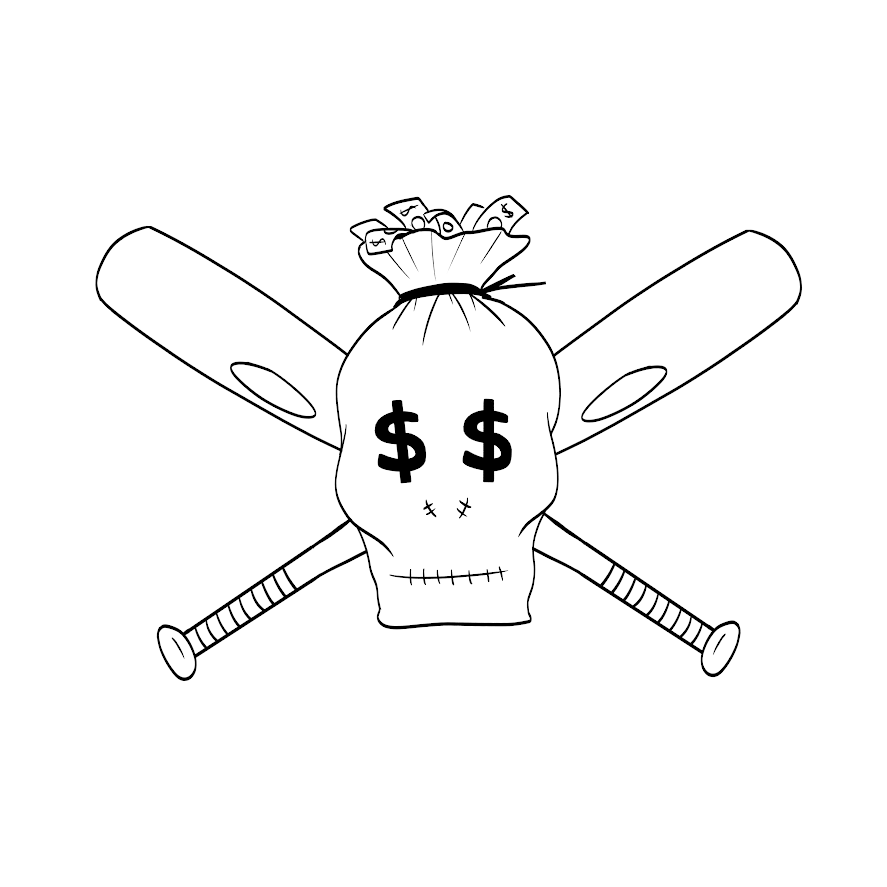 A petition with more than 60,000 signatures. Advertisers boycotting newspapers. Calls to hold protests. People usually use tactics like these for political uprisings, but, in Pittsburgh, people use them against their baseball team.

The Pittsburgh Pirates had just traded away ace pitcher Gerrit Cole to the Houston Astros for what looked like chump change in Joe Musgrove and Colin Moran. Joe Musgrove was, at his best, a hard-throwing long reliever who could not find much success as a starter, and Colin Moran was a backup third baseman who wasn’t producing as much power as people thought that he was capable of.

These trades came as a surprise to many Pirates fans. After two consecutive losing seasons in 2016 and 2017, it seemed that the Pirates’ front office felt that the core team they had built to break out of a 20-year losing streak was unable to finish what they had started.

Fans became angry. Fingers were pointed at Bob Nutting, majority owner of the Pirates who has been criticized in the past for prioritizing the bottom dollar over winning a World Series. A petition was started on change.org to force Nutting out of ownership of the team. Weirton Medical Center in West Virginia pulled its advertisements from the three different Nutting-owned newspaper publications simply over the McCutchen trade. Multiple posts were made on the Pirates section of popular website Reddit giving out ideas for protests against Nutting’s treatment of the team.

But what, other than trading away two very popular players and not pushing for a World Series title, has Nutting truly done to warrant being voted FanGraphs 4th worst owner in baseball? Is he really the horrible, penny-pinching thief that fans make him out to be, or is he doing his best to captain a ship that simply doesn’t have good enough sailors to win championships?

Let’s look first at what Nutting has done to advance the Pirates organization. He took control of the team in 2007, at the height of the team’s losing streak. Under his leadership, the Bucs revamped their farm system, upgraded Spring training facilities in Bradenton, constructed the Pirates training academy in the Dominican Republic, recruited new front-office management as well as a new manager in Clint Hurdle and, perhaps most importantly, led the team to three consecutive winning seasons for the first time since the 1990s.

Nutting was no doubt instrumental in making sure the entire Pirates organization didn’t crash while the team reconstructed itself into a playoff contender, and the three years of finishing a season with a playoff spot, no matter how much the Bucs might have ended up choking, is a major accomplishment.

Fans will not deny that Nutting was important to the Pirates to break out of the losing streak, but their gripe is in how the Pirates have failed to continue to compete at a high level after the 2015 season. In 2016, the Bucs went 78-83, and a similar 75-87 in 2017. Fans have argued that the Pirates front office did not make significant trades to help the Pirates continue to be strong competitors in the 2016 and 2017 season, and it showed in their record.

Let’s look at the money. Payroll is not the most effective indicator of how much money is being put into an MLB team, but changes year to year can reveal what’s going on behind the scenes more clearly. In 2012, the Pirates had the 26th lowest payroll in the MLB, at around $63.4 million.

This number makes sense. The Bucs won only 79 games and ended up 4th in the NL Central. In 2013, they increased their payroll by almost $20 million, up to around $79.5 million, and, although they showed a slight decrease in 2014, increased payroll steadily through 2017, up to $100 million (this opening day payroll still only sat them at 23rd in the league for amount spent on players).

In 2015, the Kansas City Royals won the World Series, the same year that the Bucs put up 98 wins and were knocked out in the wild-card game by the Chicago Cubs, with a payroll of $112 million. That year’s playoffs included teams like the Astros sitting at $63 million, and the Los Angeles Dodgers, with a massive payroll of $273 million. The Bucs, that year, came in around $84 million.

What this says immediately is that the Pirates didn’t need a payroll of Dodgers-like proportions to win the World Series. It means that the Bucs, after pushing payroll up to $100 million in 2017, were spending money on winning to the best of their ability. It’s more than likely that in years past, that Nutting has really been doing all that he could with the amount of money the Pirates earn from their small market.

Just how small is the Bucs’ market, though? A 2016 ranking of the “market rank” of MLB teams in the now-expired MLB collective bargaining agreement put the Pirates at 29th, ahead of only the Brewer in terms of “market rank.” That ranking, however, was created using a non-public formula and, per Evan Drellich of the Boston Herald, this market rank in the new CBA is based on the population, income, and the number of cable TV subscribers in each team’s market, as compared to the league average. However, Forbes places the Pirates at 13th highest in terms of MLB prime-time television ratings, which may tell folks that the Pirates have more money than they let on.

This year, however, has been an anomaly. After dropping Cole and Cutch, the Pirates sit at a surprisingly low $75 million in payroll, which comes in at 25th in the league. This wouldn’t be much of a problem if it was not for a few factors.

First, each of the 30 MLB teams is expected to receive approximately $50 million dollars because of the sale of BAMtech, a digital media company that spun off from MLB Advanced Media to Disney. This $50 million might be going into certain expenses that don’t make the public records, but there should certainly be some injection into the actual payroll of the team.

Second, the MLB Players Association (MLBPA) has expressed concern for how the Pirates are actually using their money. Along with the Miami Marlins, the MLBPA is suspicious that the Bucs aren’t using their slice of the revenue-sharing money they receive to help their team win, but instead, are using it to line Nutting’s wallet. The revenue sharing system was put in place to give smaller market teams, like the Pirates, a better shot at winning the World Series. Essentially, small market teams get a share of cash that big market teams make, so that there exists more parity in the league overall.

This suspicion has grown in recent weeks, culminating in the MLBPA filing a grievance against the Pirates, along with the Marlins, Tampa Bay Rays, and Oakland Athletics, claiming that the teams have “failed to comply with rules of how they spend their revenue sharing money,” as reported by the Tampa Bay Times. The Pirates have responded to the grievance, with Pirates president Frank Coonelly calling it “patently baseless.” Coonelly also explained that “our revenue sharing receipts are now just a fraction of what we spend on Major League payroll. We also have made significant investments in scouting, signing amateur players, our player development system, and our baseball facilities.” The Pirates have been much more focused on building up their infrastructure than simply throwing their money at older, more expensive free agents.

Third, Nutting’s company, Wheeling Newspapers, is reportedly bidding millions to purchase the Charleston Gazette-Mail, the largest newspaper in West Virginia. He also owns the Seven Springs Mountain Resort. Fans are suspicious that the money used to bid on the paper is coming directly from the decrease in payroll that came about after the Cole and McCutchen trades.

This issue of lack of faith in a team’s dedication to winning is not unique to the Pirates. Across the MLB, major league free agents are finding it more difficult to get signed to contracts. One major agent, Scott Boras, attributes the lack of signings in the offseason to a fear of losing money, and a desire to sit around and tank teams just to rebuild and try again in a few years. The Pirates, it seems, will have plenty of company as this season begins, and perhaps beyond, in what fans contend is a race to the bottom before the race to the top.