13 Reasons Why, welcome to your tape. 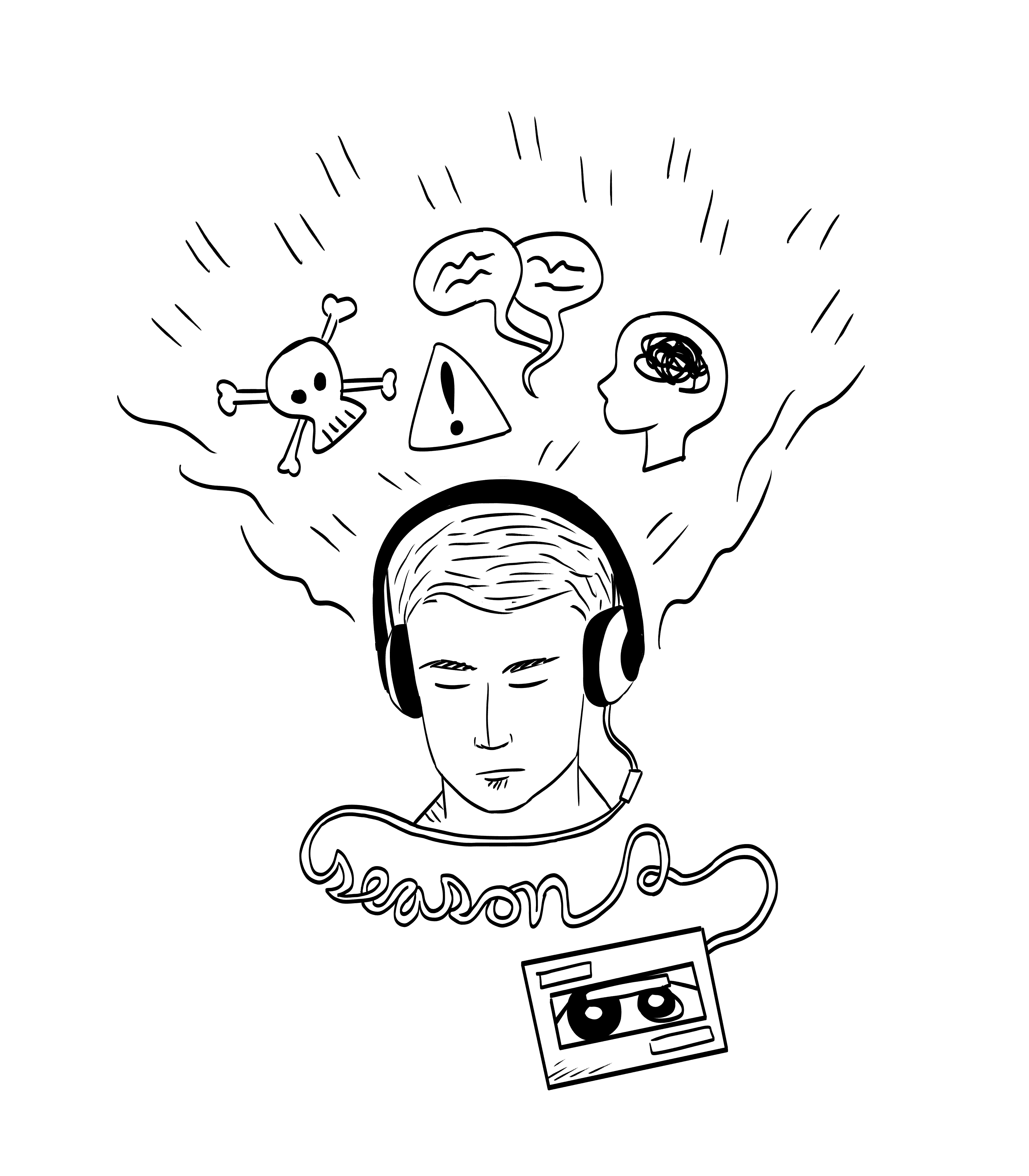 We live in a world that desperately needs open dialogue on mental health. Instead, what do we get? An adaptation of Jay Asher's 13 Reasons Why in the hands of Netflix users across the globe. Most likely due to the success of the show, it is anticipated that a second season will arrive sometime in 2018.

There's just a slight problem: the book and the show dance under the false pretense of raising awareness of mental health and suicide while entertaining audiences. Underneath the pretense lies a dangerous message that has already negatively impacted viewers.

The show tells the story of Hannah Baker (Katherine Langford), a seventeen-year-old who died by suicide. She leaves behind thirteen tapes directed to thirteen different people who she claims contributed to her decision to end her life. Reasons range from bullying to rumors to rape. A schoolmate, Clay Jensen (Dylan Minette), receives these tapes and tries to piece together what contributed to Hannah's suicide.

The lesson of this show? Even the slightest mistake can leave blood on your hands, and suicide is justifiable given the right circumstances.

The show does address serious topics, such as bullying and sexual assault, and how they are too often mishandled. However, this show inadvertently portrays suicide as a logical or reasonable solution to struggles. Because Hannah had been under such horrible circumstances, her suicide was somehow justified. The creators can try to justify the show by claiming the moral is to inspire people to be kinder to one another. However, this doesn't change the fact that the show tells its viewers that suicide is a valid answer.

The impact of 13 Reasons Why goes beyond the number of views or tweets about the show. Bella Herndon was a fifteen-year-old seeking help for depression and bullying. She was one of the millions who watched the show, and on April 18, attempted suicide. Her parents rushed her to the hospital, where she would later die. Her father, John Herndon, publicly criticized Gomez and the creator of the shows, whom he believes created “a product about people who are hurt and how they can hurt themselves.” He went to Netflix and claimed it was "hypocritical" that they fire Kevin Spacey from House of Cards following allegations of sexual misconduct but continue to allow a second season of 13 Reasons Why.

Bella is not the only viewer whose death may be linked to the show. Franco Alonso Lazo Medrano, 23, died by suicide, leaving behind thirteen tapes along with instructions for distributing the tapes, just like in the show.

The Journal of the American Medical Association found that internet searches pertaining to suicide skyrocketed following the release of the show. The disturbing three-minute scene of Hannah's suicide led to an increase in queries surrounding suicidal ideation. Additionally, Scientific American has noted the existence of suicide contagion, the phenomena that a suicide will lead to "copycats." Bella and Franco are only two reported cases; unfortunately, there are likely far more similar cases that have not been brought into light.

Suicide claims thousands of lives; approximately 90 percent of people who died by suicide had some sort of diagnosable mental illness. However, we find ourselves in a society that struggles to address this epidemic. A show that could possibly open dialogue on topics such as mental illness and trauma decided to profit off of them instead, and the decision to make a second season further reinforces the greed of the people behind the show.

I understand that it is not 13 Reasons Why's job to educate people on mental health, nor do I expect it to have a perfect representation of touchy topics such as mental health. However, it was irresponsible for the creators to ignore the concerns of mental health professionals, and their lousy usage of slapping a content warning on the screen isn't enough to prevent another tragedy resulting from the show. For the second season, the anticipated viewer discretion warning is a short video of the actors from the series telling viewers that the "series may not be right" for viewers who are struggling with some of the themes portrayed in the show. Additionally, the actors suggest that viewers "may want to watch it with a trusted adult." This is simply a cheap tactic for the show to push away any potential blame. Furthermore, it portrays mental illness as if it is something that children grow out of, making it appear comparable to a child's fear of the "monster under the bed." Instead, the creators need to take responsibility for the consequences of their show and re-evaluate how to better initiate dialogue on mental health.

Perhaps 13 Reasons Why did accomplish its goal in sparking a much-needed conversation about mental health; without it, mental health organizations across the globe would not be speaking out about how not to portray suicide on the big screen. However, the creators need to realize that there are consequences to their careless portrayal of sensitive topics such as suicide. No amount of content warnings advising viewer discretion can change that.