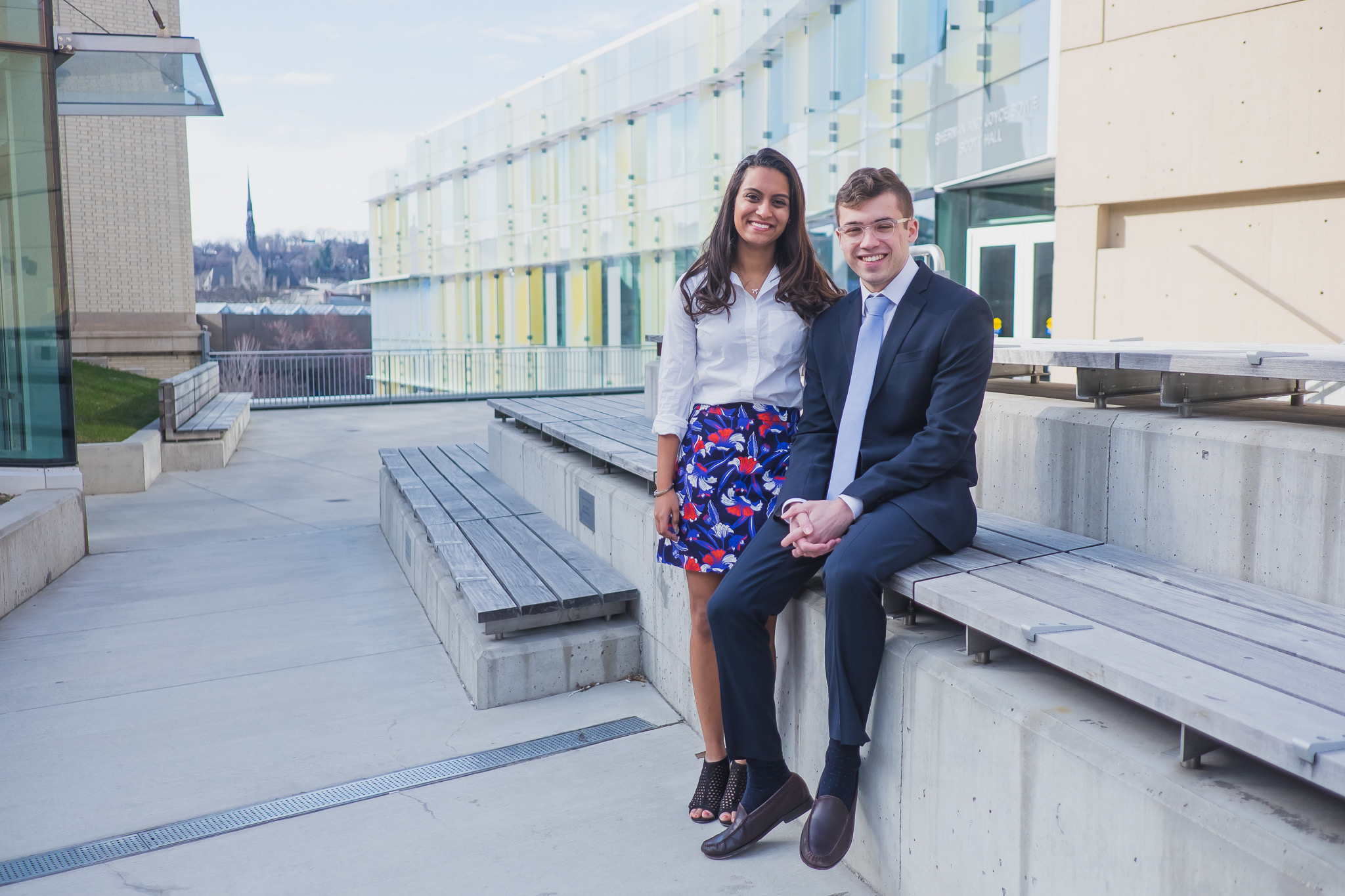 Roshni “Rosh” Mehta and her running mate Tyler Davis have done a lot to foster diversity and inclusion during their time at Carnegie Mellon. Therefore, it’s no surprise that making Carnegie Mellon a more diverse and inclusive university is central to their campaign for Student Body President and Vice President.

As chair of the Student Senate Advocacy Committee, Mehta helped start the Social Justice Coalition and lobbied the administration to create the Center for Diversity and Inclusion. While Davis does not have student government experience, he founded and currently leads the Black Latino Business Association. The candidates’ platform includes goals like “recruiting diverse students and faculty” and “advocating for underrepresented student groups.” The Tartan sat down with Mehta and Davis to find out how exactly they plan to achieve those goals, and others, if elected.
Mehta wants Carnegie Mellon to increase diversity among new faculty hires by recruiting professors from a more diverse set of colleges, including not only private schools but also public universities and historically black colleges and universities. Why is this important? Mehta says that “having someone who looks like you mentor you means a lot. And having someone with the same lived experience that you have also means a lot to students here.”

Mehta and Davis also care about a different kind of diversity: the diverse range of academic subjects that students at Carnegie Mellon specialize in. They want to provide opportunities for students studying different subjects to team up with one another, such as “hackathons and challenges that require you to apply with students from different majors or different years.” Mehta considers this kind of event to be “a great way of increasing collaboration as well as improving the university and the world at large.”
When asked how she would address the rising cost of tuition at Carnegie Mellon, Mehta said that she plans to lobby the administration against tuition increases. She also spoke about the importance of increasing scholarship opportunities by building stronger connections with alumni and the Pittsburgh community.

But what exactly would Mehta and Davis do to build a stronger connection with the community? Davis noted that the Human-Computer Interaction Institute currently does a good job of matching Carnegie Mellon students with Pittsburgh-based startups, and he hopes to offer similar opportunities to students throughout the university if elected. Mehta and Davis plan to work with the Swartz Center for Entrepreneurship to make this possible.

Another initiative Mehta and Davis hope to implement is to offer Carnegie Mellon students workshops, possibly in the form of a StuCo, that teach useful life skills like personal finance and meal preparation. You can read more about Mehta and Davis’ vision for Carnegie Mellon at roshtyler.com, and you can learn more about the upcoming elections in general at stugov.andrew.cmu.edu/elections.