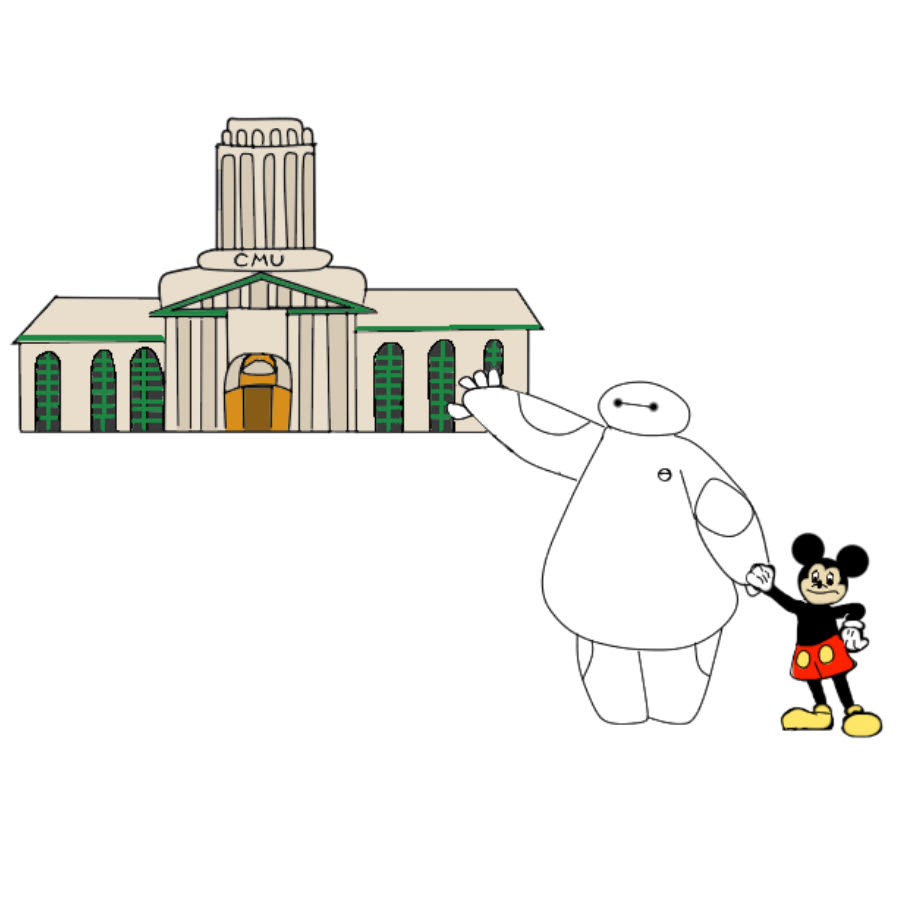 Earlier this month, many were surprised to hear the news that Disney Research, a research-focused sector of Walt Disney Company, would be leaving their lab here at Carnegie Mellon University. This lab, which collaborated with Carnegie Mellon University faculty on everything from robotics to sports visualization, housed itself in the Robert Mehrabian Collaborative Innovation Center, but has now closed its doors there indefinitely.

The Collaborative Innovation Center has served an important role as a bridge between the university and private sector research and innovation. It is the home to many corporate partnerships and houses some of the most impactful research on campus. According to the dedication to benefactor Robert Mehrabian, former president of Carnegie Mellon, the building was constructed to be a “business incubator.” Since its construction, the Collaborative Innovation Center has been exactly that.

Disney’s time working at this location was certainly fruitful. In 2011, Carnegie Mellon faculty and Disney researchers collaborated to develop a new technology called Surround Haptics, a fully immersive tactile technology that provides a 4D interaction with movies or video games. This provides a large range of sensations with vibrating actuators, giving another layer of realism to the media we consume.

In 2015, the Pittsburgh lab announced a new suite of inexpensive physical additions to smartphones, aiding in their interactivity. The technology allowed things like knobs, sliders, and other tangible accessories to transform interaction with smartphone capabilities, being incorporated into physically unlockable alarm clocks, and even responsive dolls.

Perhaps most notable of all the work to come out of the lab would be when a Disney creator stumbled upon a robotic arm made by Carnegie Mellon robotics professor, Chris Atkeson, and decided to base a character around it. The character created went on to be Baymax, the protagonist of a critically-acclaimed Disney film Big Hero 6.

While it would make sense to mourn the leave of such a notable and impactful company, it is important to note that companies often have to pare back periodically; as Chris Atkeson notes, the leave was most likely “driven by overall cost reductions within the entire Disney family of companies to improve quarterly earnings.”

Disney Research similarly closed the doors to a research facility in Cambridge, Massachusetts in 2015. A Disney representative told The Boston Globe that Disney “regularly evaluate[s] our organization to meet the evolving needs of our business.” The decision to close the Pittsburgh Disney research facility is not something unprecedented by Disney business standards, or particularly unforeseeable.

Additionally, the past relationship between Carnegie Mellon University and Disney Research was not actually a formalized corporate partnership, as is being reported.
Byron Spice, School of Computer Science Director of Media Relations, says that the lab “was owned and operated by Disney in space leased from the university,” and collaborated with Carnegie Mellon faculty, but “was not a corporate partnership with the university.”

All this being said, Disney Research will continue to be conducted in their Los Angeles and Zurich locations, and Carnegie Mellon University will fill the space they left behind with something likely just as innovative, though perhaps with less of a magical flair. Carnegie Mellon University will still continue to have a relationship with Disney Research, though from distances farther than a walk across the Cut.

Chris Atkeson is “looking forward to new corporate partners in that space,” referring to the potential for some other corporation to find their home at Carnegie Mellon University. The future of the space is unknown, but judging on the past significance of the work done in the Collaborative Innovation Center, the next undertaking will surely have comparable success.