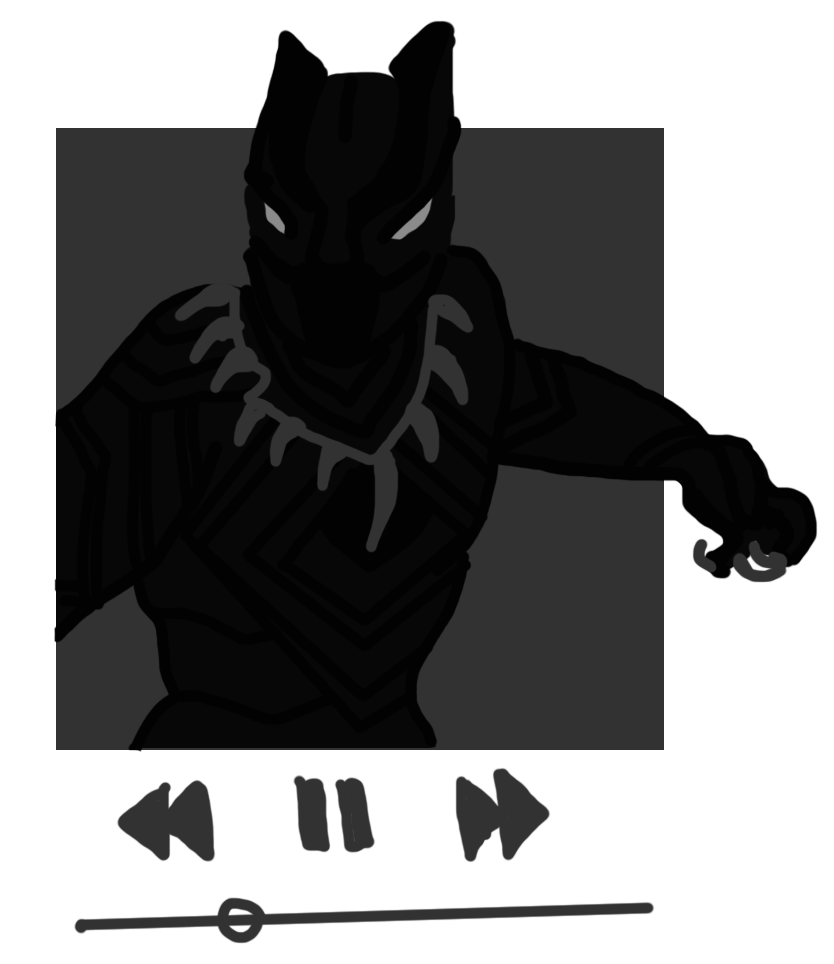 On Black Panther: The Album, Kendrick Lamar crafts a bold, uncompromising cinematic soundtrack while ceding the spotlight to its array of wonderful guests. Lamar's presence is felt all over the album, and yet he rarely dominates a single track. The only track where he is the sole listed artist is the opener, aptly titled "Black Panther." On it, Lamar opens the album with an experimental thematic unifier that carries through the rest of the project. That unification is the sound, which Lamar has crafted specifically for this project. His curative touch is felt on every track, even when he is completely absent. For an album that has such a substantial number of established artists, each with their own following and unique sound, Lamar and his producers manage to bring together a project far more cohesive than most modern records.

As he often speaks for numerous people in his life on his solo records, Lamar instead opts to adopt the personas of characters from the film, reserving his voice for introductions and transitions for several tracks. From King T'Challa to villain Erik Killmonger, all of Lamar's personas feel calculated, but they don't overstay their welcome. When Lamar delivers a proper verse, it is show-stopping. On "King's Dead," Lamar recaptures the lightning-in-a-bottle energy of last year's "DNA." Make no mistake, these tracks could easily find themselves on one of Lamar's seminal albums. They're developed well, produced well, provocative, intentionally crafted, and catchy as hell.

Perhaps most impressive is Lamar's predilection for taking the least famous artists on the bill and bringing them to the forefront. As Rapsody received the most prominent feature on To Pimp a Butterfly with "Complexion (A Zulu Love)," South African female rapper Yugen Blakrok steals the show on "Opps." Numerous South African artists appear on the project, from Saudi to Sjava to Babes Wodumo. It is amazing to see African artists appear alongside prominent African-American artists. The album stands as a unapologetic celebration of black culture across the globe.

The album seems like a sum of all the best parts of modern hip hop. From the trap-infused flute sample on banger "Big Shot" to the bouncy SoCal anthem "Paramedic!," the project brings an impressive array of sounds to the table while seeming consistent. Even "Redemption" - on which DAMN. collaborator Zacari returns - incorporates a native African sound courtesy of Wodumo. Perhaps boldest is "Seasons," a devastating song covering three artists' comeups. Most impressive, however, is that the song is bilingual. Sjava's opening verse is written and performed in Zulu. That one fact elevates the track to importance on the album, as it connects the struggles of black people all across the globe while calling for strength, resilience and perseverance. Thanks to the aforementioned Sjava verse and excellent verses from Mozzy and Reason, this track stands out, even with Kendrick only appearing in the outro in spoken word form.

Vince Staples delivers an excellent performance in "Opps," and The Weeknd brings his usual dark angelic energy to closer "Pray For Me." Jorja Smith steals the album with the darkly smooth "I Am," and Ab Soul, Anderson Paak, and James Blake team up on the wonderfully dreary "Bloody Waters." Everyone who appears on the project - aside from maybe Zacari, who is outshone by Wodumo during his appearance - justifies their place in the tracklist, and all feel committed to producing a quality, cohesive, unique album.

Black Panther: The Album stands as one the best albums of the year already, and it is a movie soundtrack. That is extraordinary, and it speaks to the vision and talent of Kendrick Lamar, who once again brings out the best in a long list of collaborators and delivers another fantastic project.