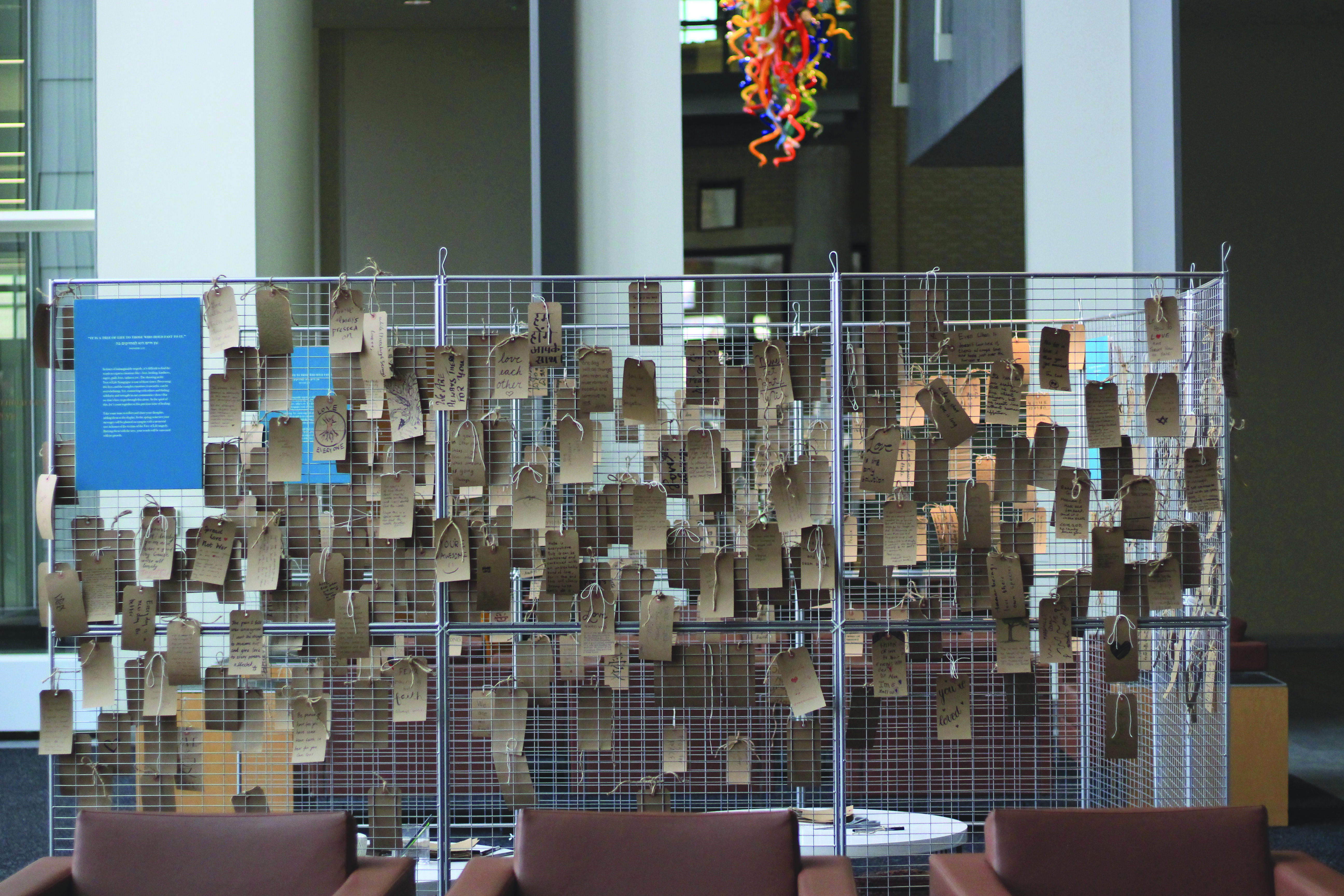 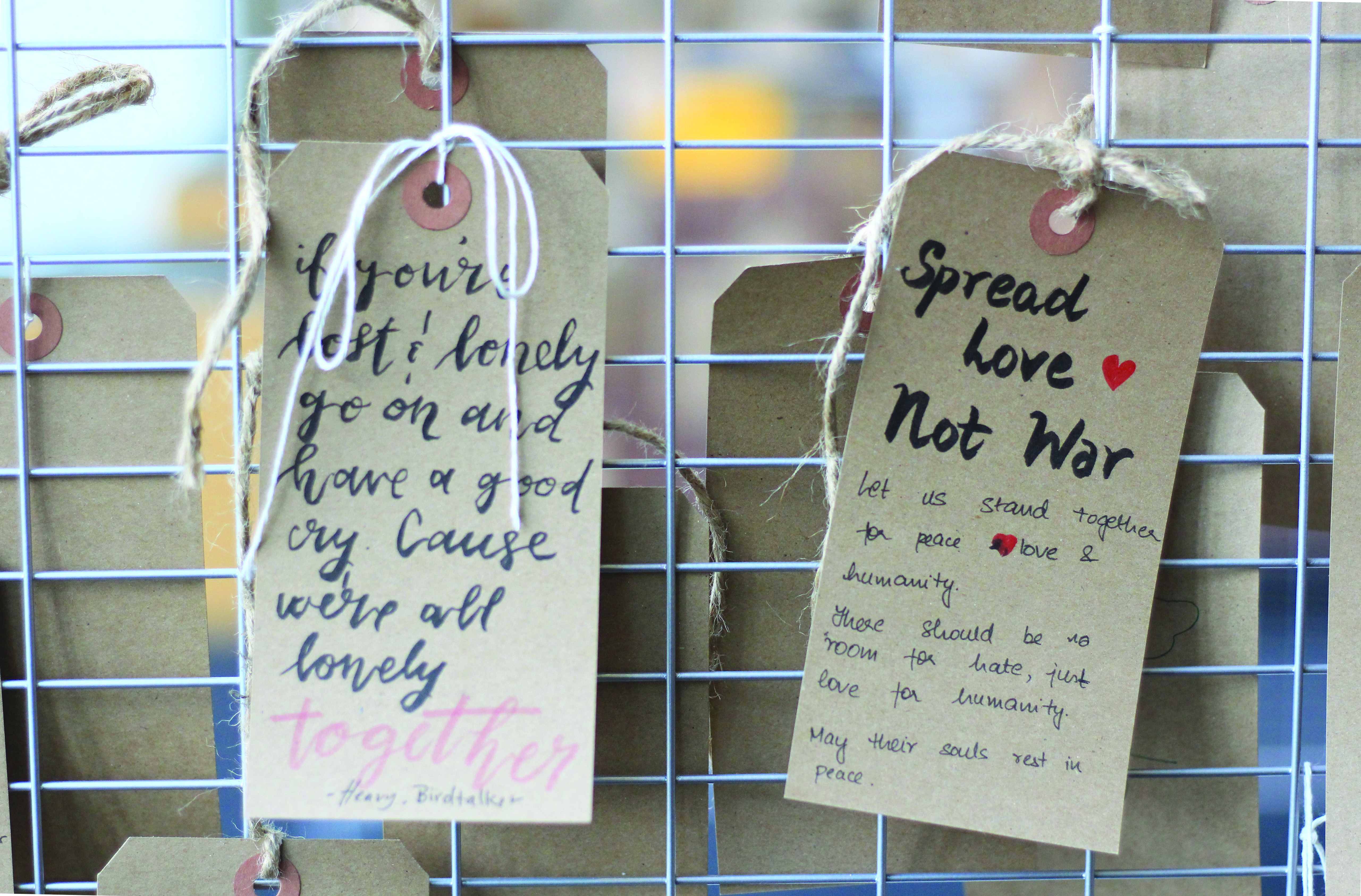 In the weeks after the Tree of Life shooting a memorial was installed in the University Center’s Lee Lobby, commonly referred to as “the brown chairs.” The memorial was designed to be a safe space to reflect and grieve as a community.

Cushions are placed around two large coffee tables, and a small metal fence surrounded the memorial on all sides but one. The famous Jewish proverb “it is a tree of life to those who hold fast to it” is printed in golden vinyl onto one of the two tables, along with the proverb’s Hebrew characters. A plaque is posted on every side of the fence, asking readers to take some time to reflect and come together in this time of healing. Students were invited to write or draw on a card, cut a piece of thread, and tie it on the fence.

The memorial was planned and constructed in the days after the tragedy by CMU Uplift, a small group of people who seek to positively impact campus, in conjunction with Kristen Hughes, a graphic design professor. They felt inclined to help the community in some way, and sought to integrate themselves with the commemorative actions already being taken by CMU Hillel, Chabad and AEPi.

The memorial is still up in the Lee Lobby, and by now has gathered nearly 100 responses. On Wednesday, Nov. 28, Sarah College of the Provost's Office and Daragh Byrne, an architecture professor, met with Hughes at the memorial in the Lee Lobby to discuss what to do next.

They remarked on how large the memorial has grown. In the first days the memorial was up, they recalled, the Lee Lobby was quiet and students seemed almost afraid to sit in the chairs casually.

Meditating on how everyone deals with grief individually, College said “Some would just read a prompt, and then read a couple responses and walk away, some wrote the first thing that came to mind, and others really sat down and thought “do I want to participate, and in which way...I watched some students that were here for 45 minutes.”

Emphasizing the multitude of languages that people had responded in, Hughes reflected on how beautiful it was to see community, in all forms, coming together. “There is something very universal as we grieve, but also as we think about where we are going in the future and what our place in all this is,” Hughes elaborated.

The proverb “It is a tree of life to those who hold fast to it” references the name of the desecrated synagogue, but it also looks forward. Hughes emphasized that “it goes against all forms of hate. It is about resilience.”