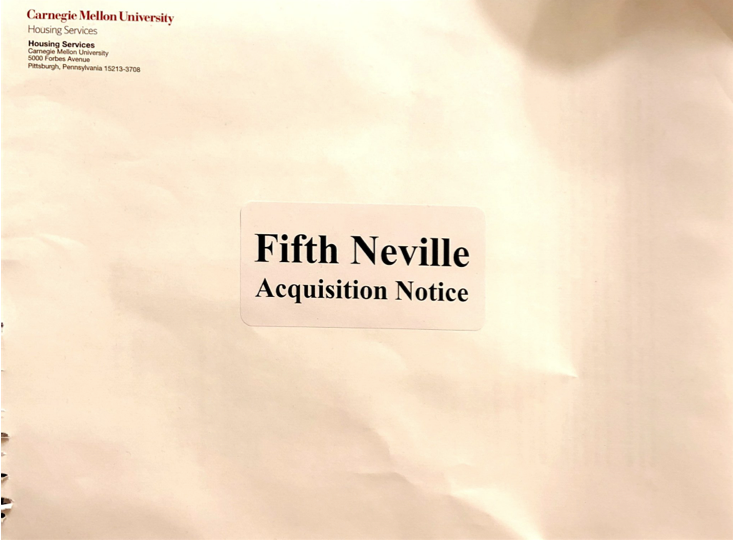 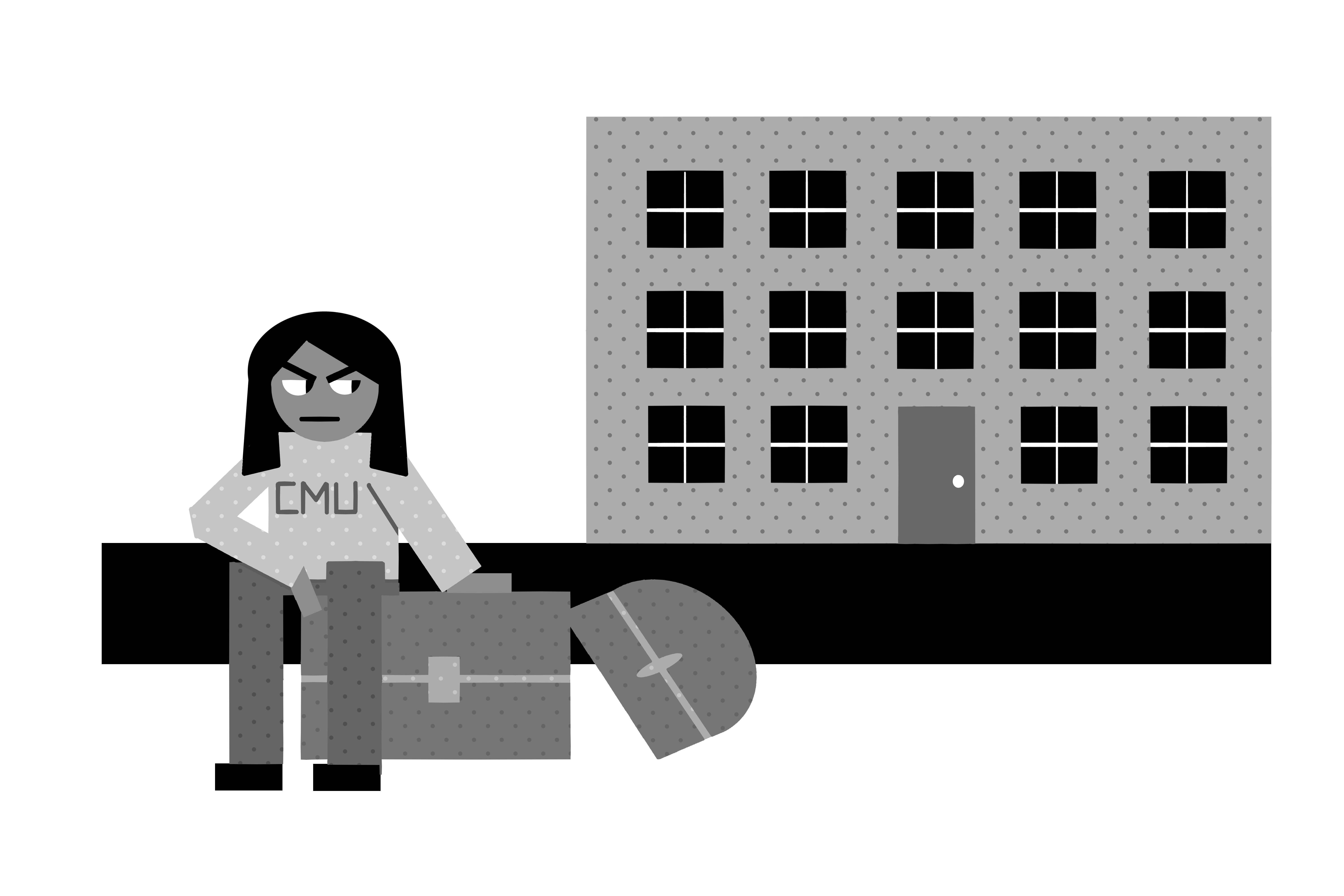 On Oct. 29, Carnegie Mellon Housing department closed a deal purchasing the Fifth Neville apartments for $17 million. Tenants returned home that afternoon to find a folder slipped under their door labeled, “Acquisition Notice.” Inside was a four page document welcoming tenants to the CMU Housing community and explaining the terms of the purchase. Most significant to tenants, CMU Housing will not be renewing any tenant’s contracts and they will have to move out at the end of their lease. Though this acquisition will undoubtedly benefit the CMU Housing community, the transition has become a source of outrage and stress for many of the apartments’ current residents.

Fifth Neville is a popular spot due to its close proximity to the Carnegie Mellon and Pitt campuses. Jihoo Park, a 4th year Architecture major who resides in Fifth Neville, estimates that 98 percent of the building’s residents are students. “There is never a free room,” Park said, and to rent an apartment students have to put their name on a long waitlist. Park says that Fifth Neville has a significant community of South Korean and Chinese students, due to its proximity to Seoul Mart, a Korean marketplace.

Fifth Neville’s location was also important to CMU Housing. Its proximity to other housing options already owned by Carnegie Mellon makes it a natural addition. The building sits across from Residence on Fifth and is just blocks away from Fairfax, Webster, and Shady Oak, all of which provide apartment style living options through campus management.

International students took to Wechat, a Chinese social media platform, to air their grievances. Fan Yan, a junior in Mechanical Engineering, compared her experience to the Chinese government’s history of suddenly informing tenants that their building is being demolished. Just days before demolition a large “拆” character, directly translating to “tear down,” will appear on the outside of a building.

Many currents residents of Fifth Neville moved there with the intent to stay until they graduated. This is the case for Christina Chou, a junior in Information Systems, who is outraged and disappointed with both CMU Housing and Neville’s past management. “The reason I moved out from Fairfax to Neville in my second year is that I do not want to move again!”

CMU Housing plans to renovate Fifth Neville Apartments to bring it up to CMU Housing standards, and do not see renovations with people living in there as a viable option. They have already installed a fire extinguisher under the sink of every room and plan to “sprinkelerize” the building.

A Letter to the Editor titled “Carnegie Mellon needs to support the tenants they displace” was published on Nov. 18, scrutinizing the purchase of Fifth Neville. The writer, PhD student Daniel Sun, is concerned that the manner in which CMU Housing handles this transition will set a precedent for future property acquisitions, which Xi presumes will continue in the future to accommodate an increasing student population.

When asked about CMU Housing’s plans going forward, Cooley said that CMU Housing wants to provide spaces for students to thrive outside of the classroom. He said they are going to continue to invest in current and future infrastructure, but did not outline any specific moves they seek to make.

Not all residents are so troubled by the acquisition. Brandon Fu Hao Pek, a sophomore in Computer Science, is content with the opportunity to move back into campus housing. “I was planning to just live [in Fifth Neville] for a year and head back on-campus next year cause I like the on-campus community, compared to how I don’t really know my neighbors right now.” Additionally, Brandon didn’t see the acquisition as much of an “ordeal,” noting that no one is obligated to renew a lease.

Chou has previously lived in both dormitory and apartment style on-campus housing, but has found her off-campus experience most comfortable. She explained that her current bed is much larger than the twin beds offered by Carnegie Mellon and has significantly improved her sleeping habits, and that being able to sleep in her own bedroom has made her relationship with her roommate much more tolerable.

Park was already considering moving out of Fifth Neville because his roommates are graduating at the end of the Spring semester, but now that he doesn’t have a choice. It feels different, and there is a level of stress. “I wasn’t planning on it, but now I don’t have a choice.” He continued, “I always see CMU spending money, and those are probably really good improvements towards the University, but sometimes it makes me salty because none of those actually affect me in a positive way. And now it is affecting me in a negative way.”

Looking forward, Chou is concerned about a decrease in availability of off campus housing. “I understand that incoming freshman need more space, but upperclassmen deserve the rights to live near campus as well. With Neville being acquired, almost all surrounding apartments belong to campus housing.”

It has only been a month since the deal closed. CMU Housing plans to work with students in the Spring semester to try to make their transition as smooth as possible and encourages students to reach out for help.