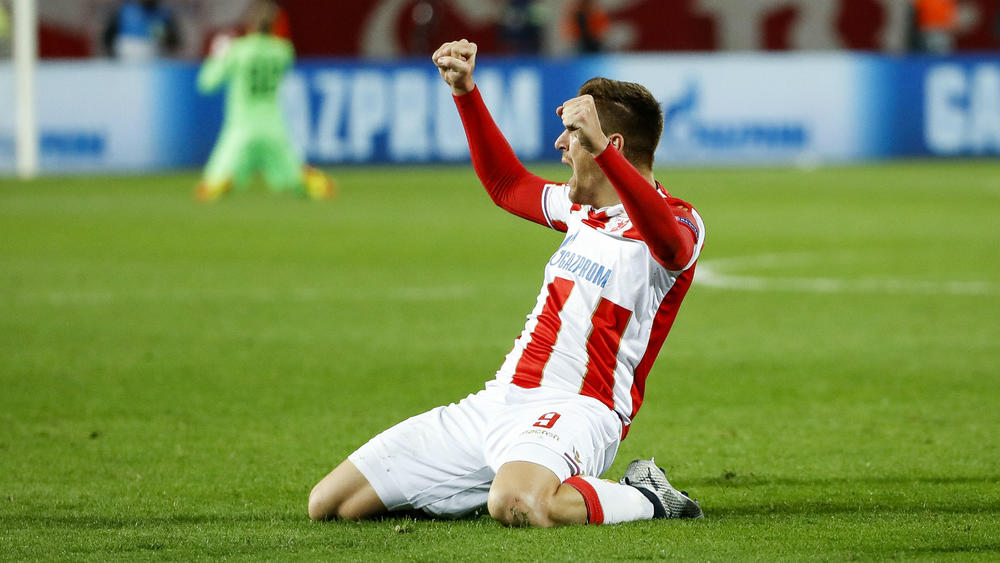 The UEFA Champions League (UCL) was back in action last week with each participating team playing their fourth of six group stage fixtures. At this point, the groups have already begun taking shape, with the results of this week’s games sounding the death knell for several clubs’ 2018-19 Champions League run.

Real Madrid and Manchester City both won dominantly. This week was Madrid’s third consecutive win after firing their manager Julen Lopetegui, who oversaw only one win in his last seven games in charge. Nail-biting draws in both star-studded matches between Paris Saint-Germain and Napoli as well as Barcelona and Inter Milan keep the fight for a knockout round qualification spot extremely tense in their respective groups.

And after Atletico Madrid’s devastating 4–0 loss to Dortmund in Week 3, their 2–0 victory this week over Dortmund offered some consolation and keeps both clubs tied at nine points with two games to go. Beyond all of these results though, two other fixtures stole the headlines this week.

The second clash between English and Italian giants Manchester United and Juventus was bound to demand the world’s attention this week. The buzz around Paul Pogba’s return to Turin and Cristiano Ronaldo’s second shot this season at facing his former club was incredible. Since the international superstar’s $125 million move to Juventus, the club has seen its best start to a season in 88 years, while at United, Mourinho continued to be under fire for his side’s poor performances and low league position of 7th place.

Ronaldo put Juventus in front 65 minutes into the game scoring a timed volley that can only be considered an early contender for UCL goal of the season, a fair reflection of a game that had so far seen Juventus’ Paulo Dybala and Sami Khedira hit the frame of United’s goal, with United themselves showing little impetus. Juventus continued to dominate, coming close to scoring three times after the first goal.

Juventus only saw their goal threatened within the final 12 minutes of the match. United’s Juan Mata buried a free kick into the bottom left corner to seemingly salvage a draw, and also record the first goal Juventus conceded in this season’s UCL. With one minute of the game to go, the traveling United fans roared in jubilation as another ball swung into the box saw Juventus haphazardly scramble to defend, somehow leading to defender Bonucci inadvertently put the ball into his own net.

The win was massive not only for Manchester United’s UCL aspirations but also for the under-pressure manager Mourinho who made an “I can’t hear your jeers now” gesture at the Juventus fans as he walked out of the stadium. Perhaps this result could be the push this struggling team needs to turn their season around. United fans remain hopeful.

United’s Merseyside rivals Liverpool traveled to Serbia to face the club Red Star Belgrade in what was considered a meaningless match. From a league with a fraction of the finances Europe’s elite teams possess, Red Star’s UCL dreams were bleak even before they got put into the group of death with PSG, Napoli, and Liverpool. To contextualize, the starting 11 fielded by Red Star this week is valued at $24.5 million, while just this summer PSG, Liverpool, and Napoli spent $228, $211, and $83 million, respectively, on transfers. Therefore even the one draw Red Star managed in the opening three fixtures was considered a job well done.

In their October match with Red Star Belgrade, Liverpool cruised to a 4–0 victory, so even though they were down 1–0 by the 22nd minute and Red Star fans were celebrating maniacally, viewers expected their victory. The goal came against the run of play and from a set piece. Milan Pavkov somehow bagged another, this time a wonder strike from 30 yards out, and the extreme underdogs somehow held on for the next 61 minutes to preserve this lead and win the game 2–0.

Liverpool was unbeaten in the Premier League and was considered a contender for both their domestic league title as well as the UCL trophy, which made Red Star’s victory all the more fantastical. Though analysts still say that it remains unlikely that Red Star will make it out of the group stages, this victory was one for the fans to celebrate for days, and will go into the Champions League history books as being one of the biggest upsets in recent European football history.