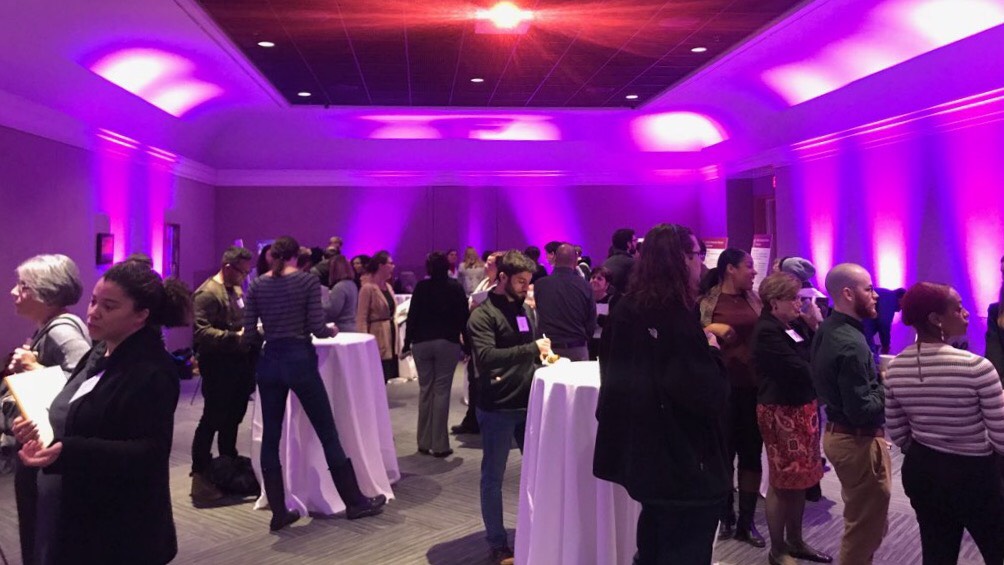 On Thursday, Nov. 15, the Graduate Student Assembly (GSA) met in Rangos Hall for a 3-year progress update of their ambitious, 10 year Strategic Plan that was released in 2015. The Plan’s stated mission was “to advocate for and support the diverse needs of all Carnegie Mellon University graduate students in their personal, professional, and public lives.”

The Strategic Plan has four primary themes, all of which are broken down into distinct areas with more concrete goals: Holistic Graduate Student Experience, Relationship to Campus Environment, Supporting a Diverse Community, and Development Beyond the Classroom.

The Holistic Graduate Student Experience is perhaps one of the most significant goals. “While graduate education has traditionally focused on professional development,” the plan states, “there are many factors that impact a graduate student’s holistic experience at Carnegie Mellon.” The plan sought to improve and support the graduate students in four primary areas: Health and Wellbeing — which included access to mental health resources and the development of programs to promote healthy lifestyles — Sense of Community, Financial Security, and Family Support.

At Thursday’s meeting, the progress that has been made was celebrated and areas that have yet to be reformed were brought into focus. In attendance were university administrators, alumni, and more than 100 graduate student representatives, of which there are 103 across all university departments. The Carnegie Mellon administration was represented by Interim Provost Laurie Weingart, Vice President of University Affairs Gina Casalegno, and Vice Provost for Education Amy Burkert among others.

Many of the current graduate students were not enrolled when the Strategic Plan was released in 2015, and the Progress Meeting served to restate the plan’s significance. The graduate student population now represents more than half of the student population, with “about 5,600 masters students and 2,000 doctoral students,” according to Provost Laurie Weingart, and the proportion of international students rose from 60 percent to 63 percent.

Dr. Carolyn Commer, introduced as the “Mastermind behind the original 2015- 2025 Strategic Plan” who served as President of GSA from 2014 to 2016 and received a PhD in Rhetoric at Carnegie Mellon in 2016, spoke about what inspired the creation of the original plan. “I want to draw your attention to the choice we made; that our Strategic plan was not a list of demands, it was not a student bill of rights, and it was not a policy.” Dr. Commer continued, “The kind of future we envisioned was something that could only come about through careful engagement and building with others.”

Though President Farnam Jahanian was scheduled to speak, he was not able to attend due doctor-recommended rest after a knee surgery. Nevertheless, Dr. Commer commended Jahanian’s support and “willingness to see this [plan] through” in his time as Provost, when the Strategic Plan was just getting off the ground.

Interim Provost Laurie Weingart spoke in Jahanian’s place. She emphasized that the GSA recently received the National Association of Graduate and Professional Students’ 2018 Northeast member of the year award for outstanding work in representing Carnegie Mellon’s graduate and professional students. Weingart praised, “We definitely have seen your hard work in action.”

“In the past year,” Weingart continued, “CMU GSA has become a national voice in the national conversation on immigration and tax reform.” The Carnegie Mellon GSA has been pushing for a federal reform of the F-1 visa program that would enable students to re-validate their F-1 visas while remaining in the United States. Earlier this year, along with 53 other University GSAs, they submitted a letter to the State Department. Though they received a response last month, the issue remains unresolved.

Other accomplishments of the GSA’s efforts include the opening of a Graduate Student Lounge in 2016 and the establishment of Legal Consultation Services. Plenty of Graduate students and live off campus and have no legal recourse with their landlords. Partnering with the Provost’s office and the Undergraduate Senate, GSA started a program to provide free 20 minute legal consultations. Over 50 students have attended consultations this semester.

There is still a lot of work to do. In the coming year the GSA plans to continue advocating for better financial aid and assistance, especially for international students — for whom none exists. They are also looking to ensure that the transportation services and healthcare plans being offered by the university actually meet the needs of students. Additionally, they will continue to push for the establishment of childcare services, something that was proposed over 25 years ago. Many graduate students have trouble finding affordable childcare services for their families, while other Universities like MIT, Stanford and Cornell already have similar programs established.

Surya Aggarwal, GSA President, thought the meeting was productive. “Beyond the formal remarks, a lot of conversation happened and connections were made where we identified the unachieved aspects of the strategic plan so we can get moving on them.” An important takeaway was that the administration recognizes the importance of the GSA Strategic Plan, but “we need to do more to get it moving,” voiced Aggarwal. “Obviously a lot has been done, but we’d like to see continued action.”