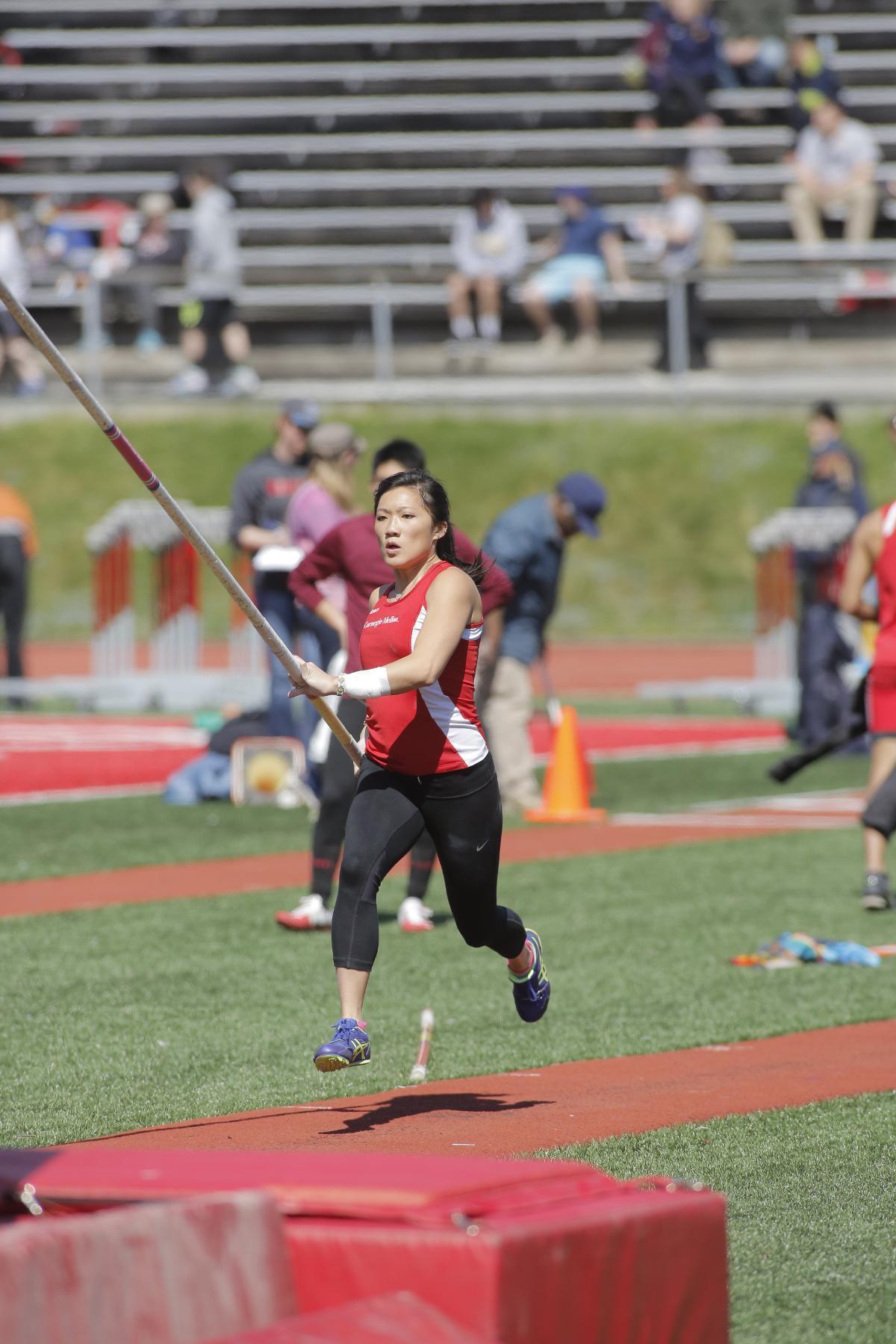 Junior Kiersten Chuc set a new meet record in the hammer throw when she tossed the element 43.72 meters. First-year Julianne Igbokwe earned a second-place finish in the shot put with a mark of 10.78 meters.

Also in throwing events, sophomore Alexa Barriero won the javelin with a throw of 30.54 meters while senior Emily Swanson placed third with a distance of 22.48 meters.

Sophomore Autumn Hair won the triple jump with a mark of 10.24 meters and placed second in the long jump with a leap of 4.93 meters. Senior Grace Yee, the newly named University Athletic Association Athlete (UAA) of the Week, won the pole vault by clearing 3.39 meters.

First-year Emmalyn Lindsey ran a career-best time of 12:03.15 in the 3,000-meter steeplechase to place third among all runners, but first for those eligible for team scoring. Sophomore Rose Ciriello placed second in the 1,500-meter run in 5:02.38 while first-year Joanna Baranowski was second in both the 100-meter hurdles in 17.01 and the 400-meter hurdles in 1:09.90 after clearing a career-best 2.94 meters in the pole vault.

Carnegie Mellon will travel to New Wilmington, PA to participate in the Westminster College Invitational on Friday and Saturday, April 7–8.