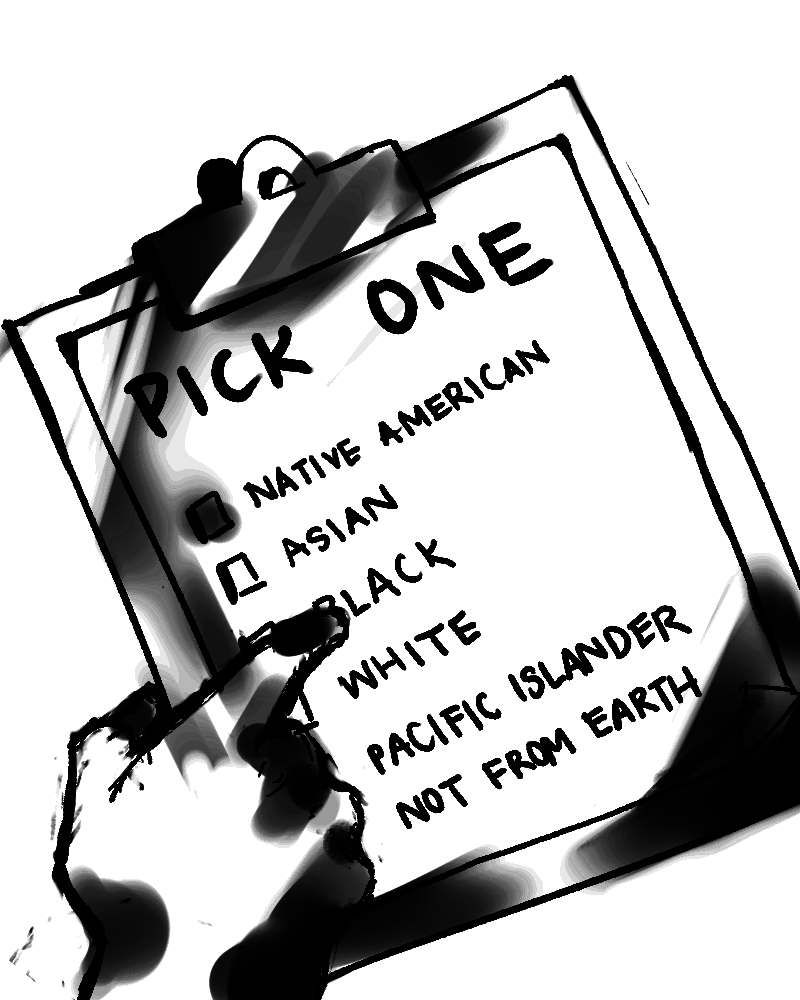 Of all the colleges in the United States, 99.8 percent of them define race with the same five categories in their application process. When applying for health care, taking a standardized test, sending a child to day care, the same five boxes are presented allowing the participant to check as many as apply to them. It is no mere coincidence that all Americans have become accustomed to the categories of Native American, Asian, Black, White, and Native Pacific Islander in generalizing the abstract concept of race. These categories exist and have existed since 1997, when they were introduced by the Office of Management and Budget (OMB) to standardize the way we talk about race.

On Wednesday, March 29, Quayshawn Spencer, assistant professor of philosophy at the University of Pennsylvania, gave a lecture about race talk to members of the Carnegie Mellon University community in Baker Hall.

The event was co-sponsored by Carnegie Mellon University’s Victor M. Bearg Science and Humanities Scholars Speaker Series and the University Lecture Series. The title of the lecture, “A Radical Solution to the Race Problem,” shares the same name as a paper written by Spencer in 2014 on the same topic. Though Spencer is a philosopher, his concentration is within the philosophy of science, which provides him with some background in biology. His radical solution to the race problem attempts to explain how we define race currently in America, as well as implications of these definitions in medical, social, and political contexts.

One strange nuance that may come to mind when one thinks critically about the number of times they’ve filled out a form identifying themselves using OMB race talk is the separation between Hispanic and Latino and the five categories of race. This is because the OMB does not consider Hispanic and Latino to be races, but in an attempt to be inclusive, allows one to mention it as an ethnicity.

Why do we define Hispanic and Latino as an ethnicity and not a race? Spencer argues that this is because race is greatly defined by one’s ancestral continental origin. The OMB couldn’t allow such a wide spanning cross-continental group to be defined as a race because it would cause serious issues in a medical context. Spencer showed that statistically, where you’re from in the world can act as a predictor for what your race is. This is important in a medical context as it’s easier to know what diseases you are likely to be more susceptible to based on the origin of your genome.

Given his philosophical background, Spencer’s argument combined a strong statistical argument with sociological considerations. Spencer made his argument accessible to those with little to no background in philosophy or statistics while still including the intellectual complexities of his evidence in a meaningful way for the more familiar members of the audience.

The unambiguous nature of his dialogue was strengthened by the continued consideration and mention of fellow philosophers in the discussion of race talk. Spencer even included some objections brought forward by students who’d attended the lecture during this series at other universities, encouraging the audience to bring forward their own insightful questions for a chance to be featured in future lectures.

At the core of Spencer’s argument is a differentiation between monism and his radical solution of pluralism. Monism, in the context of OMB race talk, is the belief that OMB race talk is the one true definition of race and that there are no exceptions to this definition. Pluralism recognizes the many nuances in human identity. Depending on context, one definition of race might be more correct than another. Pluralism is the belief that multiple definitions can coexist even if at points they contradict each other.

Following Spencer’s prepared presentation, much of the audience remained, eager to ask questions about his conception of race. During this session, some parameters were defined that had not been completely clear initially.

The theory Spencer presented was not answering the question of how should we talk about race in the American context, but instead attempted to correctly define the way we currently talk about race.
Many questions followed concerning how we should talk about race, which Spencer answered broadly since it is the topic of his next book. Spencer also made clear that this concept of pluralism does not apply internationally. In some countries, you are defined by a single race which is printed on your ID card. Spencer pointed out that it would be hard for Americans to imagine carrying a driver’s license that listed one of four race categories which encompass the diversity of our population.