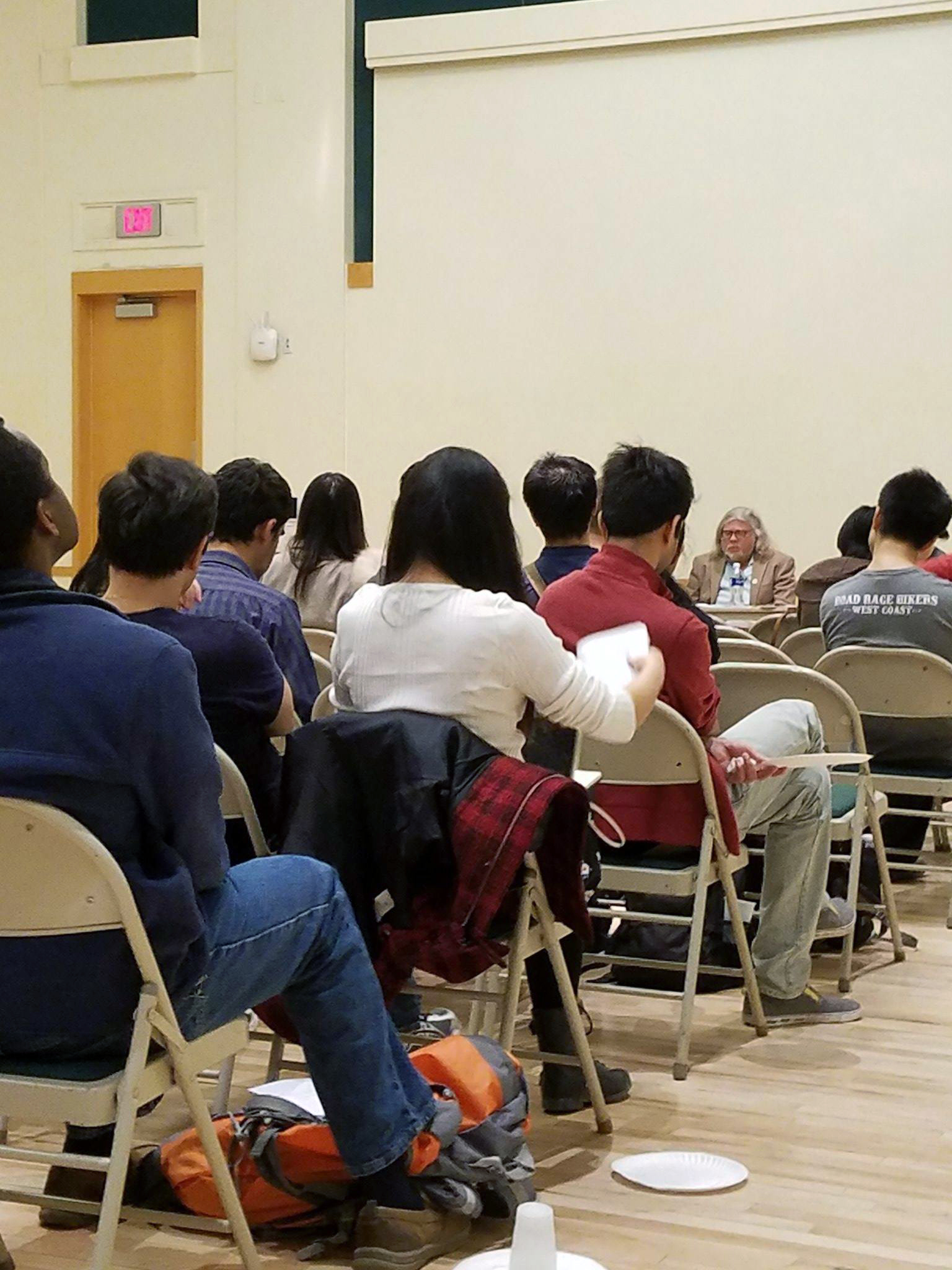 This Thursday, Feb. 23, the Global Communication Center (GCC) hosted a panel on publishing research in the STEM domain. Rangos Hall was filled as eager graduate students hoped to gain insight on the act of getting their research published in journals. Three panel speakers offered their input and advice to young graduate students just beginning their journey into academia.

Members of the panel included Susan Finger, professor of civil and environmental engineering, associate dean for IDeATe, and founder and former co-Editor-in-Chief of the journal Research in Engineering Design; Michael Domach, professor of chemical engineering and editor of the journal Biotechnology Progress; and Jonathan Cagan, George Tallman and Florence Barrett Ladd Professor for Mechanical Engineering, associate dean for Strategic Initiatives in the college of engineering, co-director of the Integrated Innovation Institute, co-director of the Swartz Center for Entrepreneurship, recipient of a Courtesy Appointment in the School of Design, and associate editor for Design Science and Design Studies.

Students had the opportunity to send in their questions ahead of time. The first question that the panelists responded to was how the process of publishing worked. They advised students to use what they called “the smallest publishable unit.” This is the smallest amount of research that is significant enough to be published. In the surprisingly cutthroat environment of academia, waiting too long to publish your research can lead to a different researcher publishing the same work ahead of you.

They also warned the audience about a term known as “salami work.” Salami work is when a researcher splits their completed work into small sections and attempts to publish them. This is different from the smallest publishable unit in terms of completeness. Salami works are small, individual parts of a finished research project, while the smallest publishable unit refers to small but complete research projects. The panelists also agreed that one thing you never want to do when attempting to publish is submit your research to multiple journals at the same time. Not only will this be seen as rude, but it is likely that your work will end up being reviewed by the same person anyway before being published.

Another question that was raised was, “how do you become a reviewer?” Cagan laughed at this, saying, “well, you could do what I did: send an email and ask.” This seems almost laughably easy and simple, and all of the professors agreed that everyone in the audience was too young to truly consider it. Being a reviewer requires seniority and a strong reputation, which can only be developed with time. The panelists reflected on what they did as reviewers that they found effective, and decided upon the three main things that they considered.

Cagan stated that he first questions why he should read this research. Without significant impact, research is not useful and therefore not worth the process of reviewing and publishing. Another impactful issue for them was that everyone whose name is on the paper was a participant in the research. Finally, they wanted every paper that they reviewed to have addressed whether there were any conflicts of interest in their research.

Finger, Domach, and Cagan next talked about what made a strong, publishable article. They said that the two most important issues are the quality of one’s research and the quality of one’s writing. A good research article must have both of these attributes to be successful. A successful article will also address the proper audience. The panelists have reviewed papers that either assumed that the readers of their respective journals were all too familiar with a subject, which made the article far too technical, or considered the audience to know almost nothing about STEM, which led to the paper feeling almost insulting to the average reader. As in all things, the proper balance must be found.

The established panelists left the audience with a final message: all of these pieces of advice vary from field to field and with personal experience. While knowledgeable through years of experience, each of them only knew what their experiences had taught them and believe the students in the audience might find that their attempts at publishing could vary wildly.