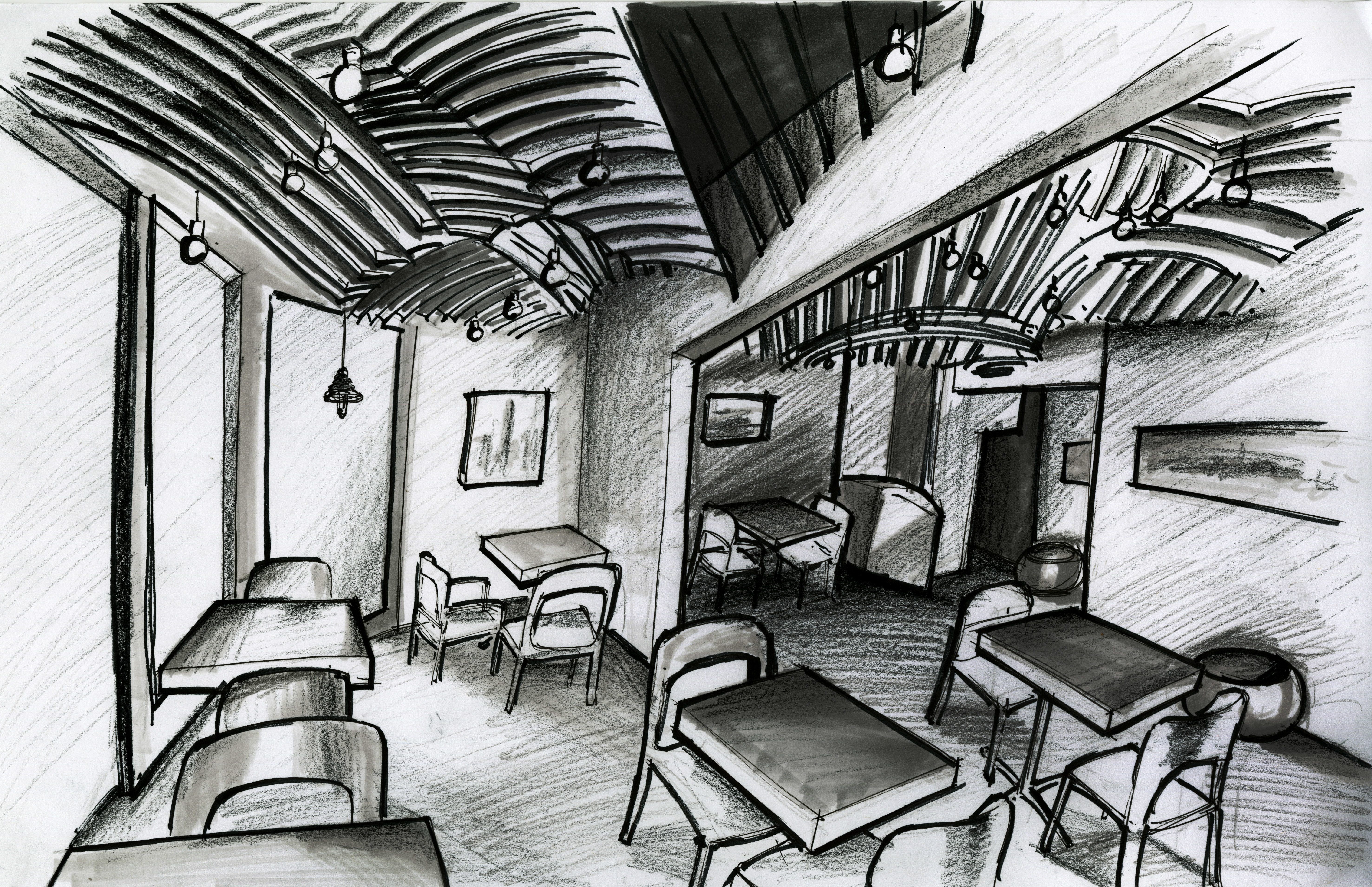 Situated inconspicuously between a laundromat and a glass and mirror store, Senyai Thai Kitchen seems like an unlikely place for a Carnegie Mellon project to take hold. Recent initiatives associated with Carnegie Mellon initially prompt big names: Uber, Google, and Duolingo. But when Tu Wade opened her humble restaurant in the Shadyside neighborhood, Carnegie Mellon faculty and students took advantage of the space and reaped well-deserved acclaims.

When one enters the space, Senyai Thai Kitchen’s design ingenuity is easy to spot. The restaurant’s ceilings are visually layered with undulating lines and hanging light bulbs dot the ceiling. The lines form a continuous surface, which rises and falls like waves. The waves are sharp and cold, but calm and methodical. Its shapes are composed of metal slats parallel to each other. Standing anywhere in the restaurant provides an entirely different angle of the ceiling, a visual illusion of sorts. The space seems bigger as well, creating a “spatial weightlessness and visual expansion” with the continuous surface evoking a frozen movement of the ocean. Inspired by the vaulted geometry of ancient Thai architecture, the fin-like slats not only suggest movement but also reduce noise. Its acoustic setting allows reverberations to travel into the individual vault zones, reducing the sound level and creating “localized acoustic privacy” for guests. The overall dynamic visual experience may also play as a homage to the restaurant’s name (sen yai translates to “big noodles” in Thai), a bowl of hot noodles in broth.

The Senyai Thai Kitchen Project’s prominent ceiling was awarded the American Architecture Prize 2017 in Interior Design/Commercial Interior earlier last month. The American Architecture Prize, a highly respected award in the industry, is an international prize from over 1,000 entries worldwide. It celebrates work that pushes boundaries and sets new standards in architecture. CMU School of Architecture faculty members Dana Cupkova and Gretchen Craig established a complementary mission at the EPIPHYTE Lab, a multidisciplinary design and research practice in Ithaca, New York. The work the firm does “is more than the sum of [their] individual efforts… [they] look to create open systems that can exist, happily, beyond our ability to control.” The two executed the Senyai Thai Kitchen Project with help from a team of Carnegie Mellon fifth-year seniors: Trent Wimbiscus and Sinan Goral, and Thomas Sterling and Colleen Clifford, who both graduated Carnegie Mellon with bachelor's degrees in architecture in 2016.