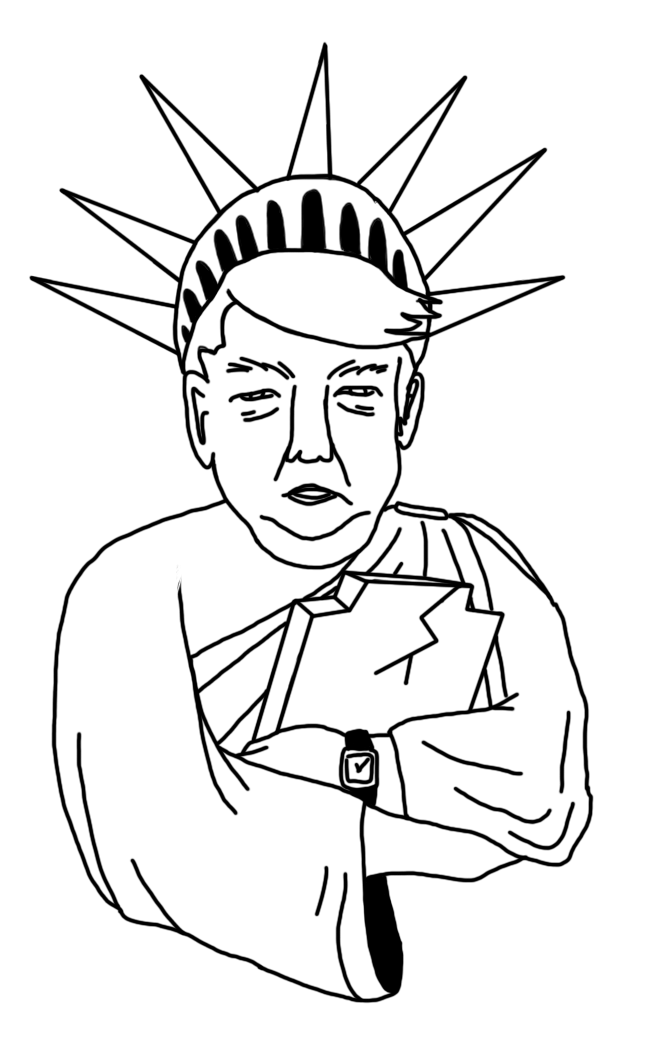 Credit: Staff Artist
Editorials featured in the Forum section are solely the opinions of their individual authors.

One of the greatest powers of the United States lies in the ability of its higher education system to attract diverse and talented students from all over the world. According to the 2017 Open Doors Report by the Institute of International Education, the international student population in the United States increased by 3.4 percent to 1,078,822 students this year. This large presence of international students amounts to around $32 billion that is brought into the U.S. economy.

Recently, however, many universities around the U.S. have seen a dip in the number of foreign applicants. A survey of 250 colleges, conducted by the American Association of College Registrars and Admissions Officers (AACRAO), has found that “39 [percent] of responding institutions reported a decline in international applicants.” The survey further observed that the highest declines in applicants were from the Middle East, while the number of applications from India and China was also impacted.

“[Many international students] said they were concerned about the Trump effect,” said Wim Wiewel, President of Portland State University, in an interview with The New York Times. “I’d say the rhetoric and actual executive orders are definitely having a chilling effect.”

Indeed, many call this decline in applicants an outcome of the "Trump effect:" the effects that President Trump's actions, words, and political agenda bring to the U.S. both on a domestic and an international level. From what I see, this decline in the number of foreign applicants to U.S. colleges can be divided into two main attributes. First, the visa application process has become more difficult under the Trump presidency, especially for students in the Middle East, preventing many students who wish to come to the U.S. from pursuing such an academic career. Second, the political climate of the United States has put much worry into many families around the world, prompting many students to look to domestic higher education systems or those of other countries like China, Japan, France, and the United Kingdom.

As an international student myself, I have experienced both of these challenges in choosing to come to the United States for college. While I was fortunate to reside in the United States previously, making my visa application process easier than most, I have a couple of friends in South Korea who were caught in the bureaucratic mess of the visa application process, which prevented them from attending U.S. colleges in the fall of 2017. As for the political climate of the U.S., Trump and his agenda have instigated a changed reputation of the United States in the eyes of countries around the world. The words and actions of the President — the travel bans imposed by the administration, for example — and the many displays of violence and national division — mass shootings and the more public presence of white supremacy, to name a couple — have certainly proven to many families around the world that the sentiments of isolationism and nationalism are growing. In essence, it has become harder and less attractive to be an international student in the United States.

"Are they going to be welcomed in the United States? Are the Americans going to treat their sons and daughters well? Are they going to be safe on U.S. campuses and in U.S. cities?" asked Gary Bergman, founder, and president of College Study US, in an interview with Newsweek. "A lot of the comments that are coming out of the current administration are leading a lot of families to really take a step back and wonder if the U.S. is really a good place to go for their education."

As Bergman comments above, for many foreigners, the United States is no longer seen as the "land of immigrants." The once deeply held values of diversity and openness seem to have changed to become more exclusive rather than inclusive. As such, it is expected that fewer and fewer students will choose the U.S. as their destination for higher education; it is the reputation that the U.S. displays on the international stage that has caused such a phenomenon. In order for the U.S. to continue enjoying the large presence of international students on its campuses, its reputation in the international community must be revived. If the Trump administration continues its agenda on immigration, maintaining its stance and proceeding to make negative remarks on foreigners or immigrants, the United States will no longer be at the frontiers of higher education and potentially risk the intellectual leadership of many of its academic institutions.