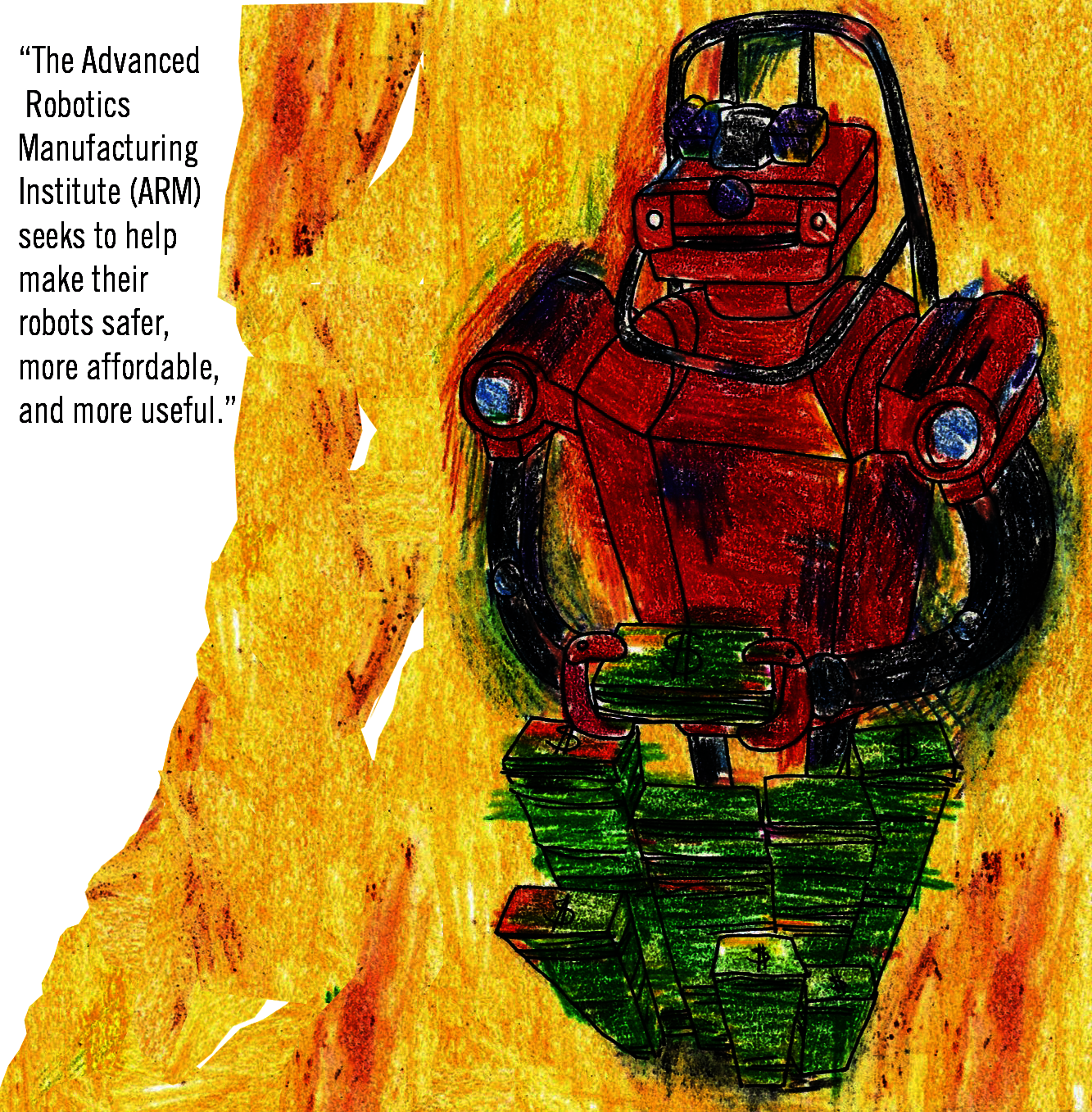 In keeping with Carnegie Mellon University’s rich tradition of excellence in robotics, an independent institute founded by the university was awarded more than $250 million in order to create an advanced robotics manufacturing institute in Pittsburgh. This announcement was made by the Department of Defense (DoD) on Friday, Jan. 13.

The money is a mixture of public and private money, with $80 million coming from the DoD and an additional $173 million coming from partner organizations. The public-private Manufacturing USA institute was gifted to American Robotics, a Carnegie Mellon-led nonprofit venture with more than 220 partners in sectors all across the nation, including industry, academia, government, and nonprofit. The Richard King Mellon Foundation, a group dedicated to securing the future of South-western Pennsylvania, was instrumental in the process of creating the proposal.

This high-level award is a step that puts Carnegie Mellon and Pittsburgh on the path to becoming a central part of technological advancement in terms of manufacturing, artificial intelligence, autonomy, and 3D printing. In order to be at the forefront of this new wave of emerging technologies, the funding will allow American Robotics to make industrial robotics more affordable for both big and small businesses. Furthermore, they will be adaptable to many uses, allowing companies to achieve more in less time, and at increased efficiency.

Many government officials predict that manufacturing on this scale will introduce a new generation, one in which the nation potentially experiences an influx of new jobs and fueled economic growth, putting the U.S. squarely in the lead on advanced manufacturing.

“This new institute will provide significant benefits to the region and the nation, while creating enormous opportunities for [Carnegie Mellon] scholars and researchers, and new momentum for the university,” President Subra Suresh said in a university press release. “The institute, in return, will benefit from [Carnegie Mellon]’s expertise in technology, as well as its strengths in policy, ethics, and human interfaces that will ensure that new technologies work to benefit humankind.”

Among the several university faculty members who led the development and preparation of this institute was Gary Fedder, Carnegie Mellon’s vice provost for research as well as the Howard M. Wilkoff Professor of Electrical and Computer Engineering and a professor at Carnegie Mellon’s Robotics Institute. He played a pivotal role in the establishment of the institute.

“When the DoD announced its intention to create a new institute dedicated to robotics manufacturing, we knew that [Carnegie Mellon]’s historic strength in the field, leading to cutting-edge research underway today, gave us a great opportunity,” said Fedder in a press release. “We were fortunate to build a team that brought complementary strengths from across the nation.”

One of Fedder’s partners on the project was Howie Choset, also a professor in the Robotics Institute. “This work has the power to benefit society broadly, and to benefit many, many potential workers and their families,” said Choset. Their mission, as Howie explained, has four prongs: empower American workers to compete with low-wage workers abroad, create and sustain new jobs to secure U.S. national prosperity, lower the technical, operational, and economic barriers for small-medium sized enterprises as well as large companies to adopt robotics technologies, and assert U.S. leadership in advanced manufacturing.

Robots come with many challenges; they are expensive, singularly purposed, challenging to reprogram, and require isolation from humans for our safety. However, the Advanced Robotics Manufacturing Institute (ARM) seeks to help make their robots safer, more affordable, and more useful.

“The institute will tap into Carnegie Mellon’s research strengths in collaborative robotics, sensor technologies, materials science and human-computer interaction, areas that are rapidly transforming many sectors of our economy,” said Provost Farnam Jahanian. “With this unique partnership between academia, government, and industry, [Carnegie Mellon] is poised to bridge the gap between research, innovation, and practice in the emerging field of advanced manufacturing.”