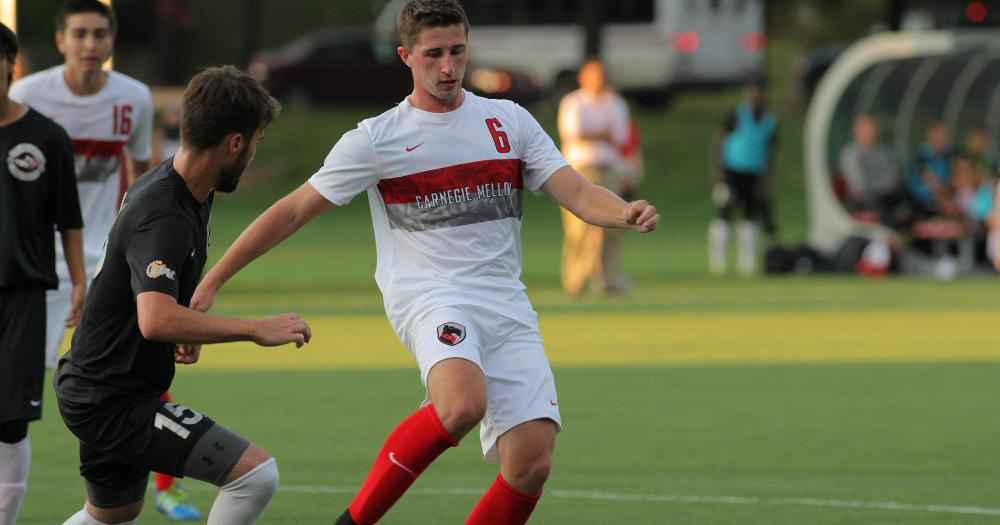 Sophomore defender Greg Bellwoar concentrates on the ball in the Tartan victory against Westminster on Friday. (credit: Courtesy of CMU Athletics) 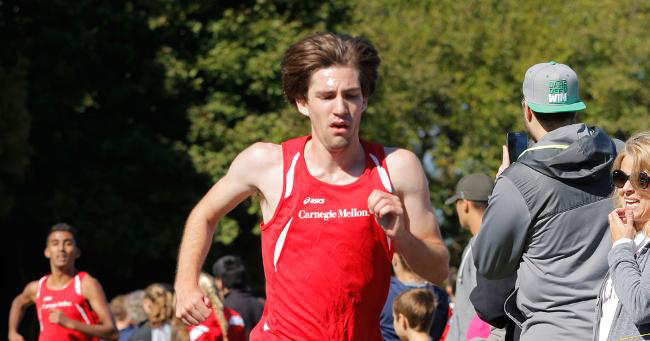 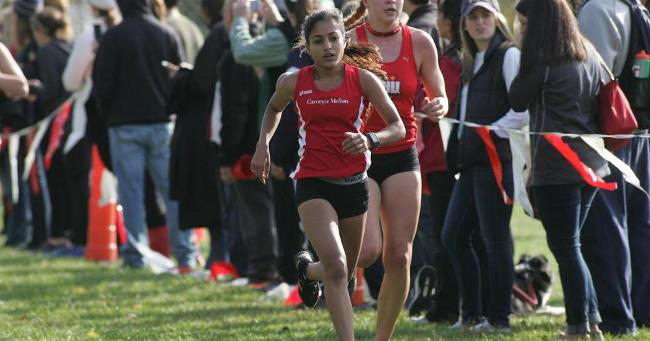 The Carnegie Mellon women’s soccer team competed against Grove City College on Saturday, Sept. 17 as the visitors. The Tartans came back from a one-point deficit to defeat the Wolverines 2–1.

Grove City scored the first goal in the 23rd minute on an unassisted shot. The Tartans tied the game in the 47th minute with a free kick by sophomore Emily Tolmer for her first career goal. The free kick was sent from junior Tori Iatarola and Tolmer headed the ball into the net. The Tartans scored their second and final goal of the game in the 61st minute. For her fourth goal of the season, first-year Ryan Casey took a pass from junior Haili Adams and shot to the far post, securing the win for the Tartan women over Grove City.

The Tartans travel to Baldwin Wallace University for their next competition, which is set to take place on Tuesday, Sept. 20 at 7 p.m.

The Carnegie Mellon men’s soccer team faced off against Westminster College on Friday on the Titans’ home turf. Carnegie Mellon was victorious with a score of 2–0, improving the Tartans to a still undefeated 5–0 record.

The Tartans’ first score came in the 33rd minute, when senior Andreas Fatschel intercepted a corner kick from sophomore Anthony Gulli and headed the ball into the net.

The second and final goal of the night for the Tartans came in the 56th minute. Sophomore Philip Petrakian attempted a corner kick , but the Titan keeper deflected it. Sophomore Greg Bellwoar gathered the deflection and found the net, putting the Tartans up 2–0.
Junior goalkeeper Alec Lam secured the shutout for the Tartans with four saves on then night.

The next challenge for the Tartans will be at home against Allegheny College. The game is set for 7 p.m. on Monday, Sept. 19 as the Tartans defend their undefeated record and attempt to run the table for the season.

The Carnegie Mellon men’s cross country team competed at the Saint Vincent College Invitational on Saturday, where all seven Tartan runners finished in the top 14, and team as a whole took first out of the 17 competitors.

Sophomore Paul Fleming was the first of the Tartans to finish the run, taking eighth place overall with a time of 26:52. First-year Edward Goebel finished one second after Fleming, earning the 9th position for herself.

The Tartans will next compete at the Greater Louisville Classic in Louisville, Kentucky on Saturday, Oct. 1.

Junior Aparna Alavilli placed highest of the Tartan runners, finishing the course with a time of 23:52 to take 6th place overall. The next-fastest runner was first-year Emmalyn Lindsey with a time of 25:07, taking the 27th position. Senior Priya Patel finished shortly after in 28th place with a time of 25:15, while first-year Valerie Collins crossed the line one second later. Junior Rhiannon Farney finished in 37th place in 25:38.

Sophomore Allison Scibisz and first-year Kate Reilly rounded out the event for the Tartans, finishing in 25:43 and 25:54, respectively.

The Tartans will next compete at the Greater Louisville Classic in Louisville, Kentucky on Saturday, Oct. 1.