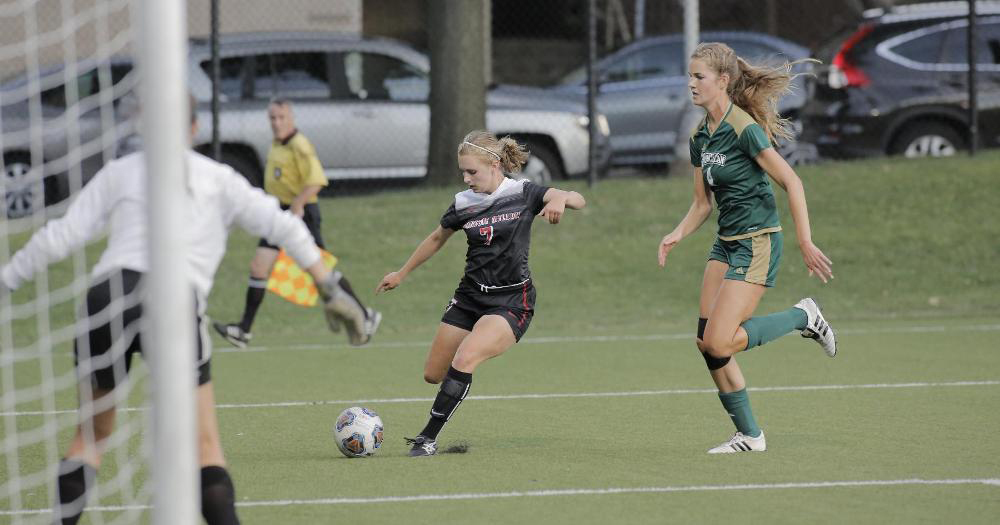 The Carnegie Mellon women’s soccer team traveled to Christopher Newport University on Saturday, Sept. 10 to compete in the Captains Classic. The Tartans competed against the Virginia Wesleyan College Marlins and were victorious in the double overtime contest with a score of 2–1.

Carnegie Mellon eventually answered in the 40th minute, but not without a fight from the Marlins. It began as first-year forward Vayda Farino took a hard shot at the Marlin goal, but the goalkeeper made a diving save to deflect it. On the following corner kick, sophomore forward Katja Bracklemanns-Puig made back-to-back shots on goal, the second of which would be rebounded by sophomore forward Kaily Bruch into the Marlin goal for the score to tie the game at 1–1.

Through the rest of the game and all the way into the second overtime period, the Tartans appeared to have control on the field, but could not score another goal to close out the match. That was until 30 seconds remained in the second overtime period, when junior midfielder Tori Iatarola took a corner kick that was headed by junior forward Sienna Stritter. Her header fell at the feet of junior forward Haili Adams, and Adams launched the ball at the back of the net with a strong kick, ending the game 2–1 in favor of the Tartans.

The Tartans improve to 2–2 on the season, which means they already have as many losses in four games as they did over the entirety of last season. This could be a point of concern for the team, but it is still too early in the season to tell.

Their opponents so far have not been easy, and the majority of the season is ahead of them to capitalize on the momentum of this win and roll into the rest of the season with the confidence to win.

Almost every game this season has ended with a score of 2–1, win or lose. The Tartans are playing every opponent closely and have plenty of talent.

The Tartan women will compete again on Wednesday, Sept. 14, as they take on the Presidents of Washington and Jefferson College at home. The game is scheduled to start at 7 p.m.