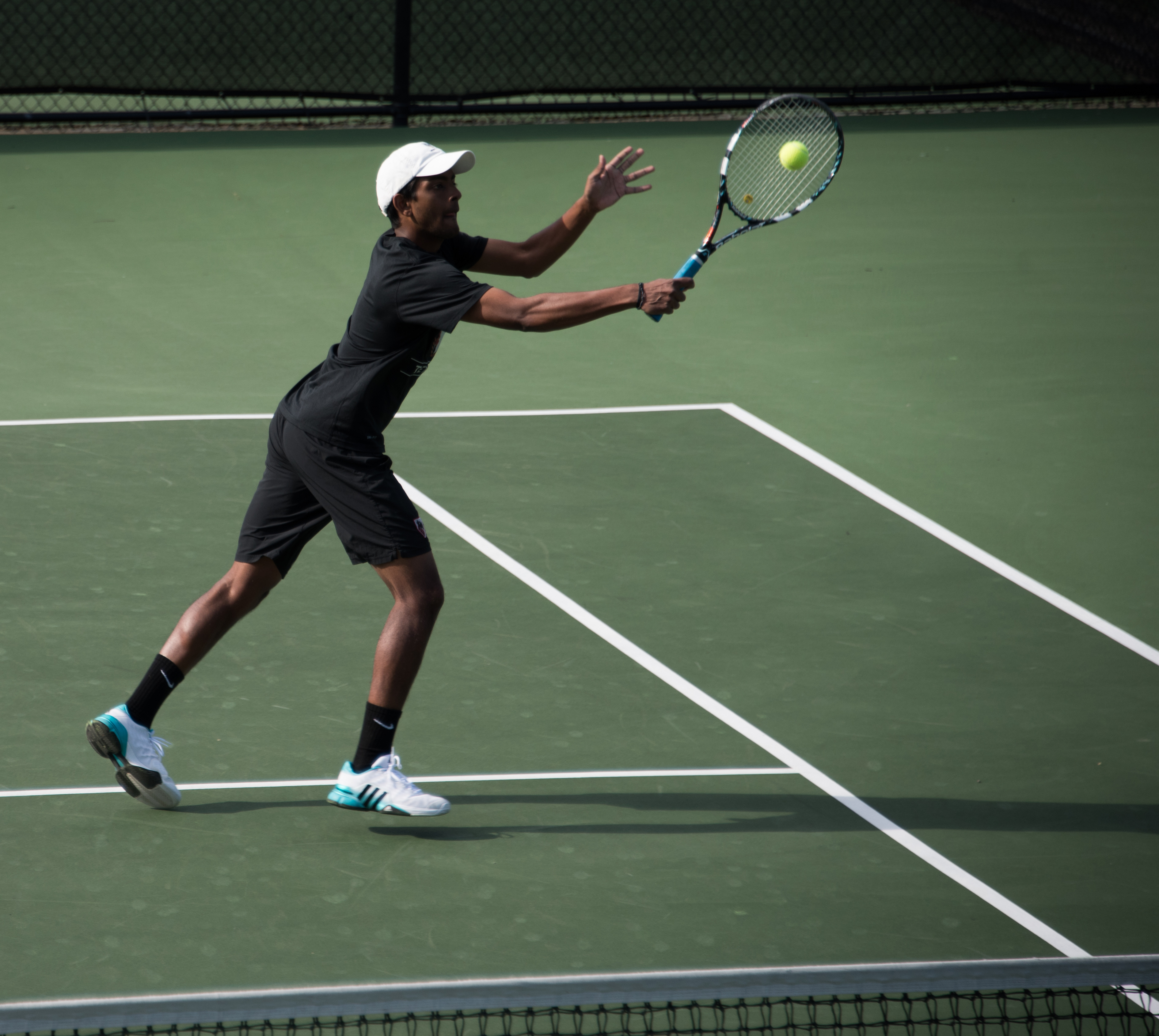 Senior Abhishek Alla extends to connect a backhand swing and returns a volley in the tennis match on Friday. (credit: Joshua Brown) 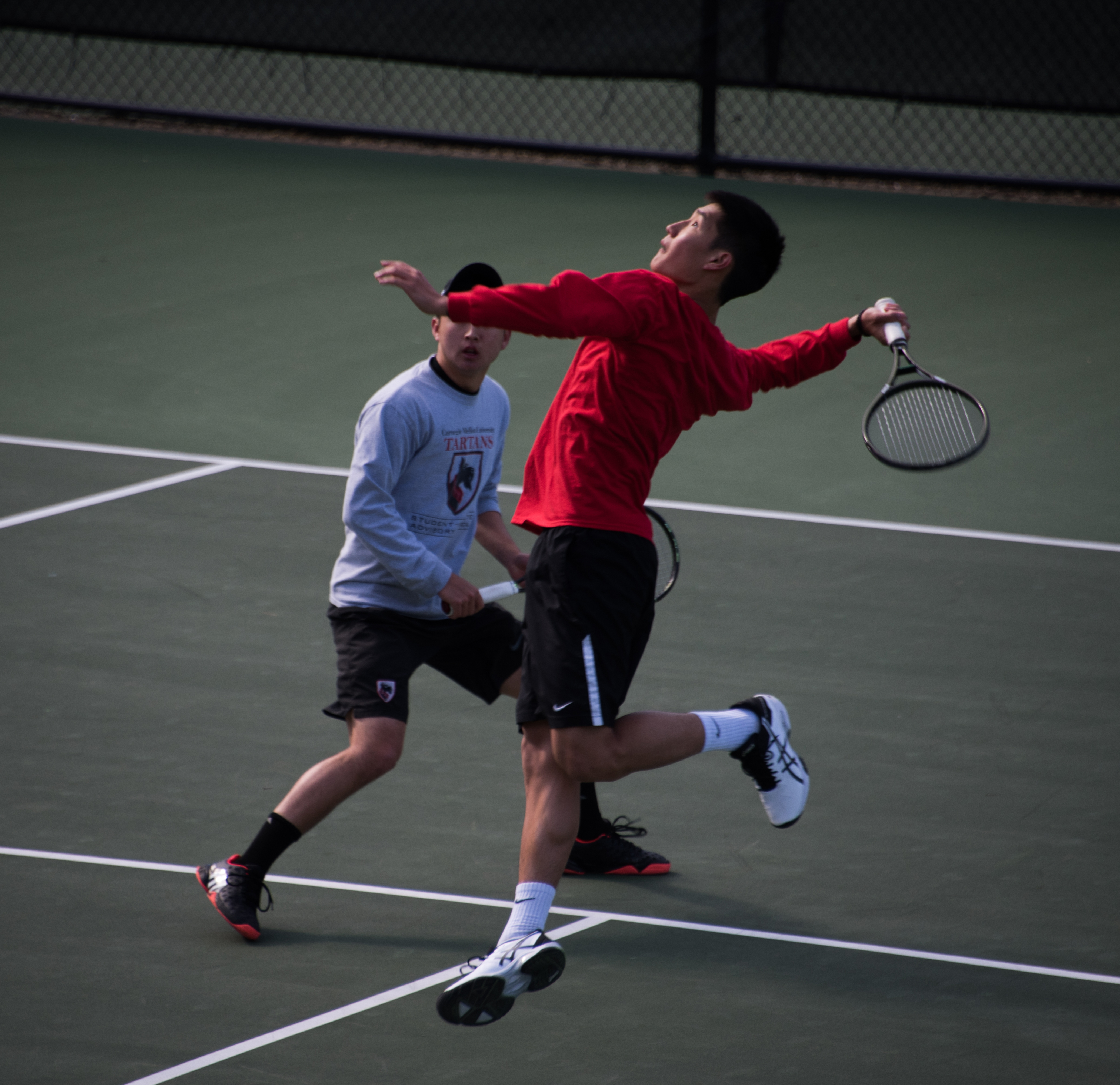 Doubles partners Jeffrey Chen and Kenny Zheng coordinate to return a volley in the match at home on Friday. (credit: Joshua Brown)

The senior tandem of Yuvraj Kumar and Abhishek Alla started the day off right for the Tartans, scoring the first point of the match with a quick 8–1 win in third doubles. The duo of first-years Daniel Levine and Vayum Arora took first doubles in a similar fashion, winning 8–2. Sophomore Jeffrey Chen and junior Kenny Zheng concluded the doubles sweep with another 8–2 victory in the second position.

On Saturday, the Tartan men’s tennis team took on Washington and Lee University on the Tartans’ home court. The Tartans defeated the Generals in a convincing 8–1 victory. The Tartans swept doubles play, starting with an 8–4 win in first doubles from the duo of Arora and Levine. The pair of Chen and Zheng took second doubles 8–2, while Kumar and Alla took third doubles by the same score.

The Tartans continued their domination of the Generals in singles play. Kumar was the first to finish a singles match, winning 6–1, 6–0 in sixth singles. Zheng took with singles with a score of 6–2, 6–1 and Alla won in the first position, 6–1, 6–0.

The 11th-ranked Carnegie Mellon women’s tennis team also hosted to the Washington College Shoremen on Friday. The Tartans swept their opponents in a convincing 9–0 victory to improve to 13–5 on the season in dual matches.

The Tartans set the pace quickly in doubles play. The duo of senior Abbey Hamstra and junior Nicholle Torres took third doubles 8–1 to score the first point for the Tartans. Senior Brooke Tsu and first-year Jamie Vizelman won second doubles with a score of 8–4, and the pair of sophomore Cori Sidell and first-year Minami Makino won 8–3 in first doubles.

Singles play was much of the same for the Tartans. Torres won second singles 7–5, 6–1 to put the Tartans up 4–0. Sidell won in the third position with a score of 2–6, 7–5, 10–2. Vizelman took fourth singles 6–4, 6–2. Makino and first-year Marina Selenica each won straight set victories in fifth and sixth singles, respectively. Both players won 6–0, 6–0.

The Tartan women will be back on the court at 3 p.m. on Saturday, April 9 as they go on the road to take on Johns Hopkins University.