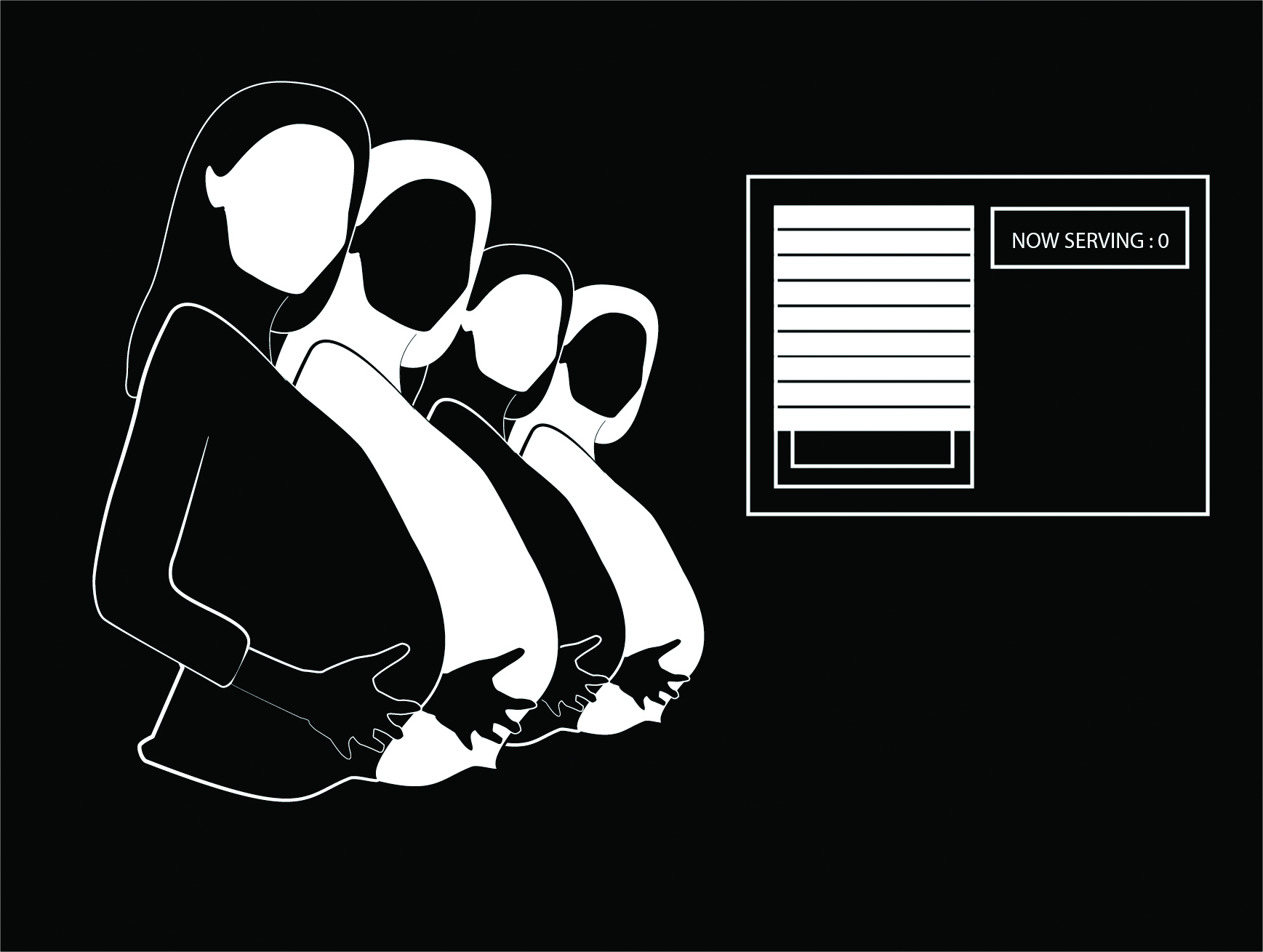 At the beginning of March, the Supreme Court heard its first abortion case in nine years. The fate of women’s reproductive freedom in America rests on the decision in Whole Woman’s Health v. Hellerstedt. Keep a careful eye on this one, guys, because it will either revive Roe v. Wade, or deal it a final death blow.

Many aren’t aware of, first, the incredible blessing that Roe was for American women, and, second, how far Roe has fallen since it legalized abortion in 1973. Roe was a Supreme Court decision before its time and perhaps, in spirit at least, before ours. Prior to Roe, abortion care was denied to women in almost every state and under all circumstances apart from risk to the mother’s life.

Far from ancient or even common law, anti-abortion laws were an invention of the Victorian era, enacted superficially to protect women’s health but in reality to control their bodies.

Abortions continued to occur despite ubiquitous restrictions, but for the most part they were desperate, dangerous, back-alley ordeals that put women at grave physical and psychological risk.

The “Second Wave” feminist movement in the 1960s through 70s demanded an end to such restrictions on a woman’s right to choose the timing and circumstances of her entry into motherhood. In 1973, when a handful of blue states were just beginning to liberalize their anti-abortion laws in response to feminist pressure, Roe shocked the nation.

Freedom to choose an abortion, with certain limitations, was now the law of the land. Roe legalized abortion not absolutely, but on a sliding scale. According to the decision, the woman’s interests in the first trimester far outweigh any interests of the fetus, and the abortion procedure at this stage is so safe — safer than childbirth, in fact — that the state has no reason to interfere. Abortion in the first trimester should be considered “inherently, and primarily, a medical decision,” the private business of a woman and her physician.

After the second trimester, the safety of the woman may be increasingly balanced with the safety of the fetus. Abortion may be banned only in the third trimester, when the greatly increased safety risks of the procedure and viability of the fetus — its “capability of meaningful life outside the mother’s womb” — become “compelling” enough for the government to override the woman’s choice. Considering that over 90 percent of abortions occur in the first term, the Roe decision granted most women the absolute legal right to an abortion. For a brief shining moment, the highest court in the land respected women’s right to choose and granted them unprecedented — if not total — control over their own bodies.

Unfortunately, abortion opponents have worked diligently in the decades since 1973 to disempower Roe. The oft-forgotten Hyde Amendment has severely limited abortion access, particularly for low-income women.

Successfully defended before the Supreme Court in 1980, this amendment to Roe cut off all federal government funding for abortions, including any abortion coverage through military or government job insurance as well as Medicaid — except in cases of rape, incest, or endangerment of the mother’s life.

32 states follow the Hyde Amendment to the letter, with six extending funds in the case of fetal impairment or grave impact on the mother’s health, while 17 states may partially or even wholly mitigate the costs for “medically necessary” abortions.

The main result of the Hyde Amendment is that underprivileged women on Medicaid, who constitute about 16 percent of the adult female American population, have been forced for the last 36 years to pay for abortions out of pocket.

These costs are high, averaging $500 in the first trimester, and apart from the abortion procedure itself women often must pay several hundred dollars in transportation and childcare costs as well as lost wages. The total expense of the abortion “experience” might demand a third or more of a low-income woman’s monthly salary.

The Hyde Amendment, working together with women’s concerns that their insurance will not provide coverage or protect their confidentiality, has greatly contributed to a post-*Roe* society where almost 70 percent of insured women across the socioeconomic spectrum cannot or do not use their insurance to pay for abortion care. This statistic may only get worse.

Last January, Congress voted for the eighth time in a year to defund Planned Parenthood, and despite GOP representatives’ failure to override President Obama’s veto, 11 states have taken it upon themselves to cut funds for the non-profit.

Anti-choice Republicans in state and national congresses, bolstered by a well-funded lobbying machine, have been willfully forgetting the Hyde Amendment’s existence in order to disguise their true aims. It has been all too easy for Republicans with Hyde-shaped holes in their memories to argue that cutting off federal funds to Planned Parenthood would only mean a nod to the sensitivities of anti-choice taxpayers.

However, the Hyde Amendment ensured decades ago that no federal taxpayer would have to pay for abortion care, and Planned Parenthood uses federal funds not for its abortion practice but exclusively for contraception, STI testing, and cancer screenings.

The ultimate goal of the GOP’s attack is not only Planned Parenthood’s head on a platter — IUDs, pap smears, and all — but nothing less than total elimination of insurance coverage for abortion.

For all women, but especially poor women, this is a frightening prospect indeed, as lack of coverage often means complete inability to purchase abortion care.

In 1992, Planned Parenthood v. Casey fundamentally reversed Roe’s ban on state interference in first-trimester abortions and opened the floodgates for severe and often absurd restrictions on access.
The case brought the Pennsylvania Abortion Control Act of 1982 before the Supreme Court in the midst of a nationwide swing back toward the right.

An anti-abortion law obviously in violation of Roe, the Abortion Control Act featured first-trimester obstacles to abortion such as a 24-hour waiting period, parental consent for minors, and a mandatory “informed consent” counseling session that included false information about the supposed detrimental effects of abortion.

The Casey decision, in direct opposition to Roe, proclaimed that these obstacles were legal so long as they did not pose an “undue burden” to a woman trying to access an abortion. Since Casey, the number of state TRAP laws — or “Targeted Regulation of Abortion Providers” — has skyrocketed.

In addition to the regulations earlier mentioned, certain TRAP laws require abortion clinics to conform to surgical requirements for no medically valid reason, essentially forcing them to either spend a fortune to rebuild or to shut down. Faced with a minefield of entirely legal TRAP laws, it is unsurprising, if not disheartening, that the number of abortion clinics in the United States has declined steadily and significantly since 1983. More regulations mean fewer clinics can survive, and fewer clinics mean that fewer women can access abortion care without traveling long distances and facing the consequent costs. The “undue burden” change to Roe is the perfect loophole to regulate abortion rights to death. This “undue burden” clause will be addressed in Whole Woman’s Health v. Hellerstedt.

The case challenges Texas’s 2013 HB-2, a TRAP law that requires all abortion clinics to spend many millions on wholly unnecessary outpatient surgical facilities and admitting privileges at local hospitals. HB-2 has forced almost half of the state’s abortion clinics to close in just a few years; the second largest U.S. state now has only 19 clinics serving its huge territory, practically insuring most women will have to drive hundreds of miles for medical care. Even these are far from safe from further restrictions.

Hellerstedt will determine once and for all whether such laws constitute an “undue burden” on women’s access to abortion. The recent death of conservative Supreme Court justice Antonin Scalia has substantially changed the outlook for the case and may be a tentative beam of hope for pro-choice advocates. Now, there is a firm possibility that the Court will split 4–4 instead of upholding the Texas TRAP laws wholesale. But this would only delay the death blow I mentioned earlier, leaving women just as vulnerable to increasingly ubiquitous state restrictions.

In the decades since a Roe granted American women the right to an abortion, the “undue burden” clause and the Hyde Amendment have left reproductive freedom dead in the water. Our old friend Roe is a conservative ruling or two away from null. Right without access is no right at all, and legalized abortion won’t matter if no clinics can afford to stay open and no woman can afford to abort.
If there is no obstacle too great between a woman and an abortion, then abortion might as well be illegal.

Women’s battle to claim control over their bodies is far from over. Their enemies are patient and organized, with deep pockets: a multi-headed hydra of zealous Christians, right-wing fundamentalists, and unabashed misogynists.

Keep an eye on Hellerstedt, and don’t doubt the power of the states to cut into women’s access to abortion. Most importantly of all, keep fighting. Because without the right to control your own body, you have nothing.