Tartan tennis rolls over the competition week by week 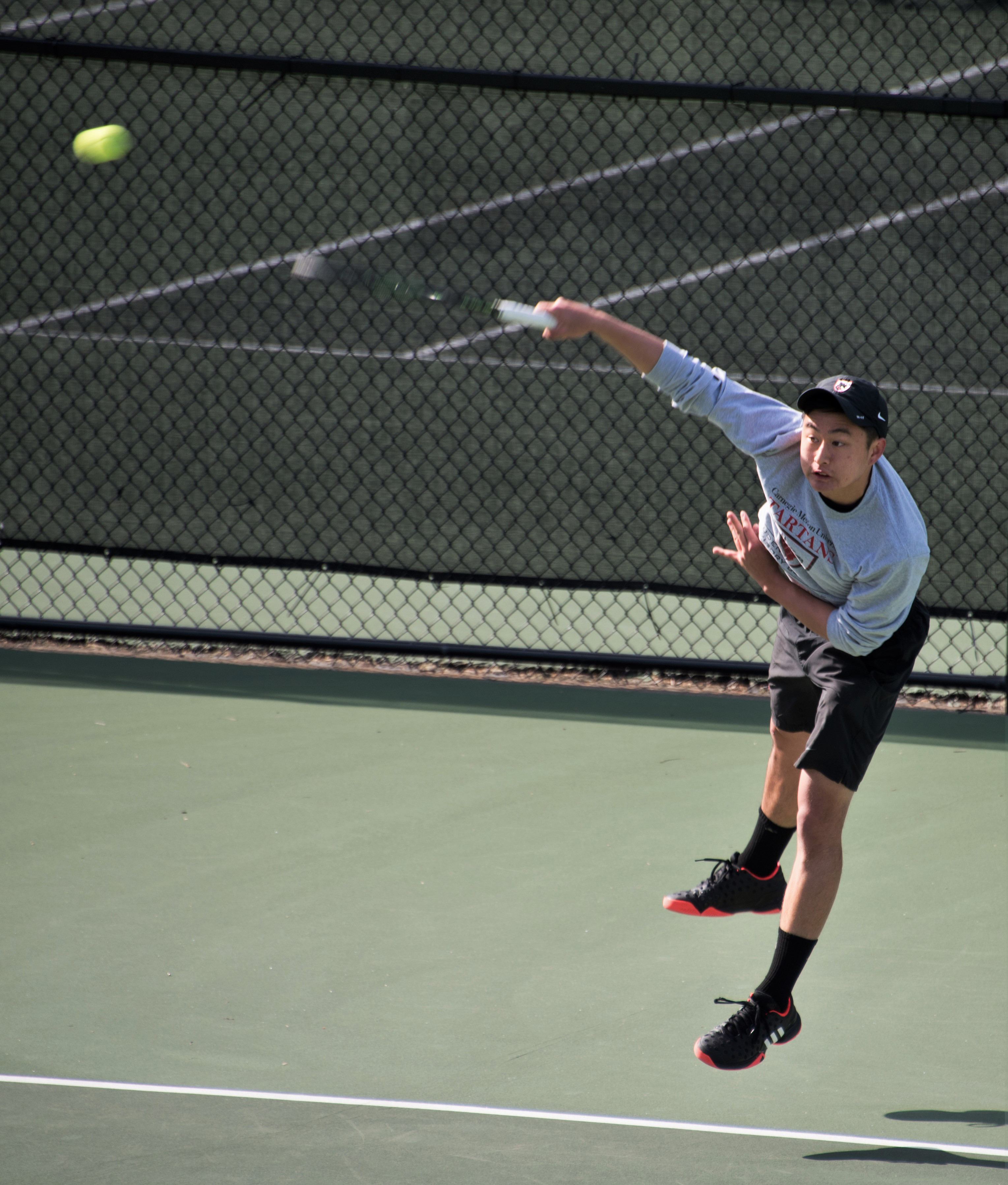 Junior Kenny Zheng leaps into the air to return a volley against Kenyon. (credit: Joshua Brown) 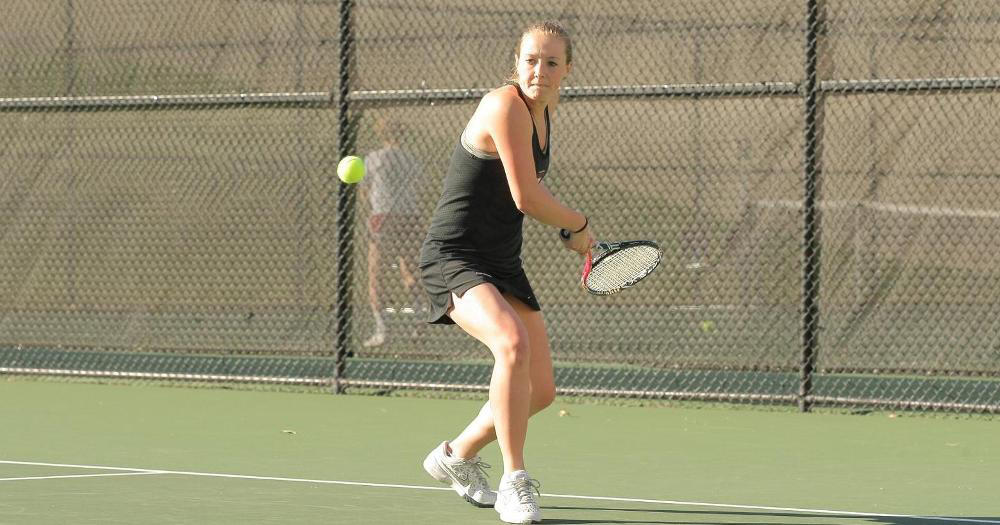 Senior Abbey Hamstra prepares to hit a backhand swing against the University of Mary Washington on April 10. (credit: Courtesy of CMU Athletics)

The Carnegie Mellon men’s tennis team closed off a weekend of play with a tight battle against 18th-ranked Kenyon College at home on the evening of Sunday April 3, battling to continue to show why they deserve to be ranked as one of the premier teams in Division III.

The Tartans kept the competition close after some struggles in doubles play. The Tartans won 5–4, and they continue to establish themselves as a premier team in Division III.

The men came out firing in doubles play, as two of three duos went up by a game in the first few minutes of play. After four or five games of play, Carnegie continued to pull out in front. With a 2–2 split in sophomore Jeffrey Chen and junior Kenny Zheng’s play looking like the tight competition, the men looked to be in good position.

Chen and Zheng took advantage of the momentum of the break to give Carnegie Mellon its first point, however the other doubles teams fell 6–8, giving Kenyon a 2–1 lead.

With the doubles competitions wrapped up, play transitioned to singles matchups. In the top singles game, the Tartan’s senior player Abhishek Alla fell behind early, losing an early break and letting the first set get away from him. Dropping the set 1–6, Alla had only game going into the second set.

However, in a day filled with midgame turnarounds, Alla poured it on early, jumping out to a 5–1 lead before giving up a second game. This still allowed Alla to take the set 6–2 to bring the match to the 3rd set.

In the Tartan’s second singles match, first-year player Daniel Levine challenged for another singles win. Unlike Alla, Levine wasn’t looking to leave things up to suspense. He took control of the first set midway through with a break, and extended the success with a win in both sets. Levine’s two set singles victory was accompanied by a 6–2, 6–1 win by first-year player Chaz Downing, and another singles loss, to tie the Tartans up with Kenyon, 3–3. The Tartans showed their depth in the final stage, leading in the sixth singles match and showing their competitiveness at all levels before ultimately taking the victory.

The Carnegie Mellon tennis teams took to the courts on Saturday to square off against the Blue Jays of regional rival Johns Hopkins University. The men’s team won a hard-fought match by a slim margin, 5–4, and the women’s team continued their domination by winning 8–1. This victory brings the Tartans to a 13–5 record.

The men’s team scored the points that mattered in doubles play. The duo of seniors Alla and Yuvraj Kumar scored the first point of the day for the Tartans, winning third doubles by a score of 9–7. The less experienced first-year pair of Vayum Arora and Levine dropped a barn burner of a set in first doubles, but Chen and Zheng came in clutch for the Tartans, giving their team a 2–1 lead going into singles play.
The Blue Jays would not be silenced, however. They took second and first singles to take a 3–2 lead in the favor of Johns Hopkins, and suddenly the Tartan men were on the back foot.

Downing was the player of the day, however. Downing made a come from behind victory in third singles, forcing a second set tiebreaker and scoring five unanswered points to take the set. Downing also scored three straight points in the third set to take the match win, 6–7 (9–11), 7–6 (8–6), 6–4.

The 11th-ranked women’s tennis team had a much easier road to victory. They started the day off right by sweeping doubles play against their 12th-ranked opponents. Senior Brooke Tsu and first-year Jamie Vizelman scored the first point of the day for the Tartans, winning 8–4. The pair of sophomore Cori Sidell and first–year Minami Makino won 9–7 against a higher-ranked duo, while senior Abbey Hamstra and junior Nicholle Torres completed the sweep of doubles by winning 9–8 (7–2).

The Tartans will now move on to the UAA Championships, held in Altamonte Springs, Florida on April 21–23.