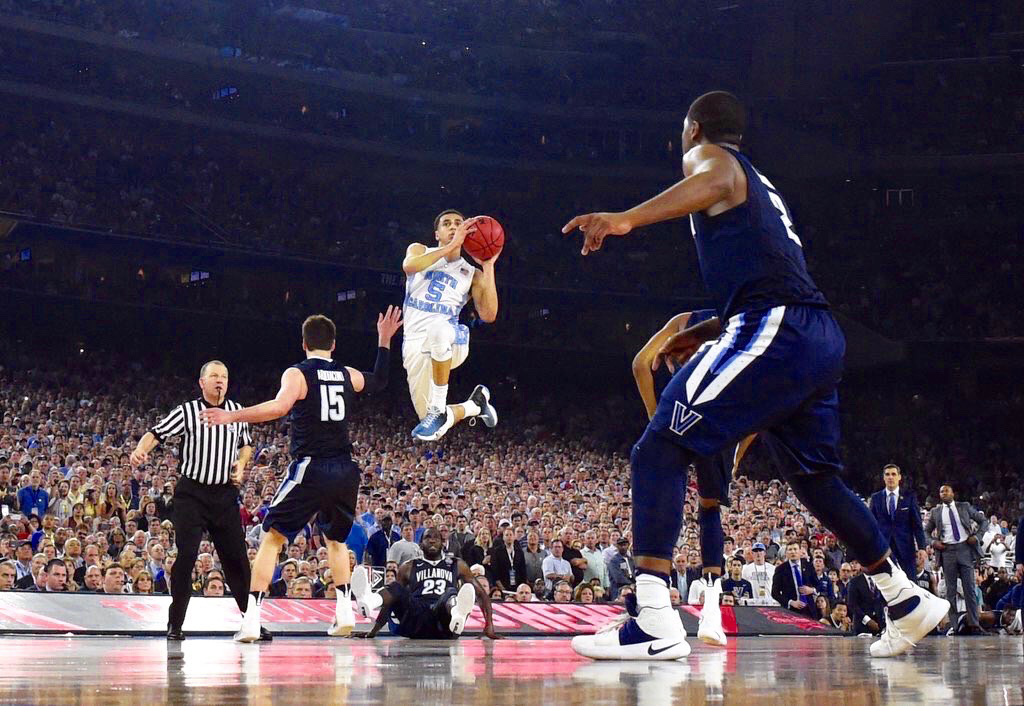 Last Monday night in Houston, Texas, University of North Carolina (UNC) and Villanova University put on a show while battling for the NCAA championship. In classic style, the Villanova Wildcats came away with the victory over the opposing Tar Heels in an end-to-end effort.

Villanova’s 77–74 win gives them their second national championship in program history, and their first since a 1985 win over Georgetown. It also ends a six-tournament streak of Villanova not making it through the second round.

Throughout the tournament run, the Wildcats looked dominant, taking huge wins over top opponents on their climb up the bracket. The Wildcats had an especially notable win over the top seeded Kansas Jayhawks in the Elite Eight, beating out a favorite on the way to showing which team was the real team to beat.

UNC returns empty handed, with a concern about potential NCAA sanctions for academic fraud. With potential sanctions looming, UNC came up a bit short of getting a national championship win before their window of opportunity will potentially be closed by penalties. UNC is currently under investigation for providing improper help to struggling student athletes through special independent study style courses. Given their potential predicament, UNC put a big fight in the matchup.

The final 10 seconds highlighted the intensity of the game, with Villanova leading 74–71 going into the final sequence. UNC pressed the ball up the court, and UNC senior guard Marcus Paige contorted his body to make the game tying 3-pointer in the face of an oncoming defender. With only 4 seconds on the clock, Villanova made their argument for why they were the team to beat, racing up the court to try for a game winner.

With a second left, senior guard Ryan Arcidiacono tossed the ball back to junior forward Kris Jenkins, for a chance at the game. Jenkins caught the ball in motion to shoot, and dropped a game winning 3-pointer in the net as time expired. The lightning response by Villanova showed a team that had a broad range of weapons at their disposal in the game.

The game looked to be a back and forth from the gun, with Villanova winning the ball to start, only to turn it over and give UNC the chance to take the game’s first points. The game score was tied 9 times with constant lead changes, in a true championship battle.

Ten minutes into the first half, Villanova looked like they were building a lead, only to watch a 5-point lead turn into a 4-point deficit. A clutch 3 pointer by UNC sophomore guard Joel Berry II saw to that. By the end of the half, UNC looked like the team that had it figured out, holding off a Villanova counterattack to go into the locker room up 5.

It took Villanova a few minutes to get back to even, but by six minutes into the second half they did it. Villanova freshman guard Mikal Bridges took a pass by Arcidiacono and slammed it through the basket to tie things back up.

Going off Bridges’ dunk, Villanova looked to build a lead, and succeeded in working their way up by 10 points with a little over five minutes left in regulation. A smooth 3-point shot by UNC’s Paige help energize their unit in a fight to close back up in the final minutes. All of this battling built up to the clock racing finish the made the championship game one to be remembered.

The fans showed the seismic level of the swing, with their responses to the shots. With Paige’s game tying shot at four seconds, the UNC crowd roared, as a tide of light blue jumped up in response to the shot. The audience, it seemed was largely for UNC, and a proud Michael Jordan with his arms raised up seemed emblematic of the success of UNC’s comeback.

But Villanova was not to be outdone. Jenkins’ response shot shattered the UNC picture with a Villanova uproar. With the final seconds ticking down, Jenkins took flight from well beyond the three-point line and sent his Hail Mary to the basket. Millions held their breath, the world slowed to a grinding halt, and then the only sound was the ball falling cleanly through the net. As Villanova re-broke the tie with the UNC basketball powerhouse, the dark blue jumped out. With a sudden flip-flop, the stadium seemingly transformed as the Villanova crowd erupted. Jenkins and the rest of the Villanova squad exploded in celebration with the fans and the Wildcats rode off into the history books.

As far as NCAA championship games go, this is one to be remembered for a long time. Both star-studded sides fought an unforgettable back and forth battle right up to the finish.