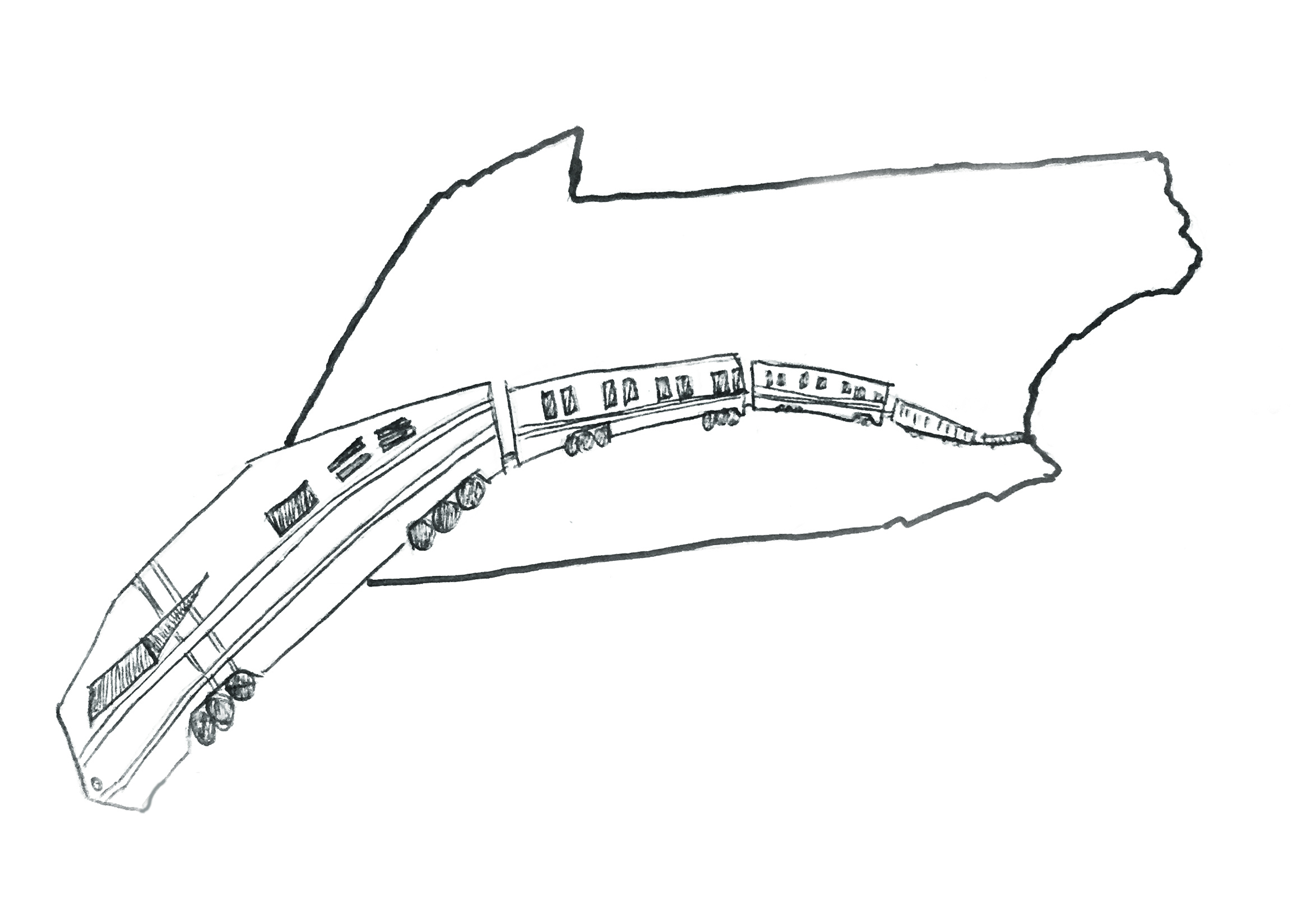 Credit: Maegha Singh/Art Editor
Editorials featured in the Forum section are solely the opinions of their individual authors.

Let’s face it: America has a transportation infrastructure problem, and it’s getting costly and dangerous.
Once known for our innovative, state-of-the-art highways and railways, our country now lags behind much of the rest of the industrialized world when it comes to public investments in transportation. We’re losing money, and lives, because we lack the collective will to tackle our infrastructure head-on with meaningful and decisive action.

Having such poor infrastructure has fiscal and physical consequences. Americans spend 5.5 billion hours in traffic every year, resulting in hundreds of billions of dollars in lost productivity and increased fuel costs. In 2020, the American Society of Civil Engineers estimates that poor infrastructure will cost $1 trillion in business sales, endangering 3.5 million jobs and costing the GDP $3.1 trillion between 2012 and 2020. Historically, huge public investments in infrastructure, such as the transcontinental railroad and the Interstate Highway System, have corresponded with periods of unbridled economic growth and productivity. In our current case the converse is true: failing to invest in infrastructure has suffocated our economy.

More importantly, the New York Times estimates that more than 14,000 transportation deaths are caused by poor infrastructure every year.
Train derailments are a perfect example. Many derailment deaths, including the deaths in both of the above Philadelphia derailments, could have been prevented had those railroads been retrofitted with a technology called Positive Train Control.
It is a moral failing to allow so many transportation-related deaths that could be prevented by greater investments in infrastructure.

It’s time to get over our infrastructure problem by committing to a massive infrastructure spending program over the next decade. It’s time to bid farewell to train derailments and traffic jams, and time to greet a new American century marked by the innovation, economic growth, and security that enhanced infrastructure can help provide.