Capital One event “People + Money” analyzes our relationship with money 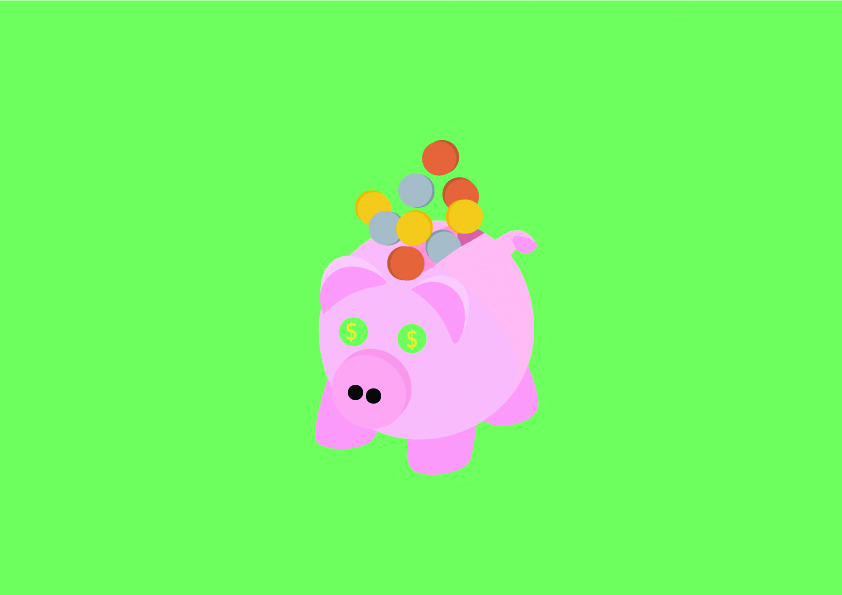 Last Tuesday, Capital One hosted its “People + Money” event in the Connan Room of the Cohen University Center. The event focused on “rethinking our relationship with money,” and featured three fast-paced talks by Capital One representatives, two of whom were Carnegie Mellon alumni. The lively evening was emceed by Brandon Schauer, head of Adaptive Path, a San Francisco-based design firm acquired by Capital One, and featured music, free Jimmy John’s, and prizes, including a pair of Beats headphones.

The first talk focused on credit, and was presented by Carnegie Mellon alumna Molly Johnson, who received her Master of Design, Interaction Design degree from Carnegie Mellon in 2014. Reflecting on her first day at Capital One approximately a year and a half ago, Johnson described her own confusion with understanding credit. In response to this, her team decided to find out why people fail with credit. Describing the people she came across in her research, Johnson stated, “Most of these people are extremely well-intentioned. They want to succeed, yet they still accumulate overwhelming amounts of debt.”

Johnson’s team discovered that most of the reasons people fail with credit deal with confusion about credit cards. She highlighted two specific aspects of credit cards that tend to confuse people: credit limits and minimum payments. Credit card spending limits for first-time users are usually around between $750 and $1,000, which is, most of the time, more than these people make in a month. “People rarely consider this limit in the context of what they can pay back,” Johnson said. “They think that their credit card company has given them permission to spend up to the limit.”

Consequently, when the bill from the credit card company comes in the mail, it’s often more than they can afford to pay back in full. But the credit card company doesn’t ask for the full amount — they ask for only a minimum payment of $25. Johnson’s team noticed that “to a lot of our customers, paying the minimum … means paying exactly what we ask, meeting our expectations, and even being responsible.”

It’s not hard to imagine the disastrous consequences that can result from falling into this pattern after several months. “Right now, our products are leading customers astray, yet we’re treating them as if it’s their fault,” Johnson said. “It’s time to reconsider our products, and start designing them in a way that helps people change their behavior and step back from that tipping point.” Her team has started to do this with Inform, an app that Capital One Labs designed to make statement balances (and the consequences of paying a minimum) more clear to the user. After a couple of months of testing, the design was met with “extremely positive” results, with the number of people making only minimum payments reduced by half.

In the second talk, Jacquelyn Brioux, an experience designer at Capital One, spoke about what actually drives happiness and the idea that “money can’t buy happiness.” Brioux spoke about hardworking parents who were so hardworking that they missed graduations and meeting grandkids, yet had no retirement savings and didn’t own a home. “They believed that having more money would be the solution to all of their problems,” Brioux said. “But in reality, the relentless pursuit of money is causing them to miss out on life, theirs and ours.”

Brioux pointed out that “Money is emotional…. Our happiness and well-being is wrapped up in money…. we often forget it’s just a tool for trade.” After her own experiences seeking happiness by pursuing and attaining financial stability, she found herself still searching for happiness. “And I’m not alone,” she said. “Most of us aren’t happy. A nationally representative sample of U.S. adults found that 54 percent of us are mentally healthy, but our lives lack pleasure, engagement, and meaning.”

So what makes us happy? Citing a theory by psychologist Sonja Lyubomirsky, a professor at the University of California, Riverside, Brioux posited that 50 percent of our happiness is genetically determined (fixed happiness), 10 percent is determined by life circumstances (fleeting happiness), and the remaining 40 percent is based on intentional activities that are done on a regular basis (lasting happiness). While most people focus on improving their circumstances, Brioux points out that the opportunity to increase happiness lies in the 40 percent of lasting happiness. “40 percent is the portion of your happiness that is within your power to change simply by shifting how you think, and how you act,” Brioux said.

Brioux suggested six things to target that 40 percent and be happy: be engaged, create and sustain close personal relationships, laugh, think positively, exercise, and feel and express gratitude. “All of these can be considered intrinsicals, which relate to the soul…. they’re likely to meet innate psychological needs,” Brioux said. “Extrinsicals are the opposite. They relate to worldly goals, like money, status, and fame. Research has shown that people who realize their intrinsicals have higher levels of sustained happiness than those who realize their extrinsicals.”

The third talk was titled “I just want to know if I’m okay,” and was presented by Carnegie Mellon alumna Sarah Calandro, who received her Master of Design, Communication Planning and Information Design degree from Carnegie Mellon in 2011. “I’m just going to go right ahead and say it…. the banking industry is the fourth most hated industry in America,” Calandro said. She and her team were tasked with designing and building a Capital One 360 checking experience that people would love. “This was going to be a challenge,” Calandro admitted.

Her team decided they needed to understand what was working for people in terms of money, and what was not. After conducting an simple experiment in which they asked people to draw their money, Calandro’s team concluded that “people’s finances are made up of a pretty complicated web of moving parts…. when people check into their money, they’re really just trying to find out if they’re okay,” Calandro said. “Getting the answer to that question requires a painful amount of hunting, gathering, and synthesizing, day in and day out.”

Calandro described her vision for what she hoped Capital One and other banks would do. Her first point was for the bank to see its customers as humans, through understanding and building tools to help them. Secondly, instead of striving for a primary relationship with customers, the bank should strive for a strong relationship. And third, the bank should focus on holistically solving people’s financial problems within Capital One, but also from bank to bank. “All this, with an end goal of being able to tell people… you are okay,” concluded Calandro.