Scotch’n’Soda play is a new twist on a classic 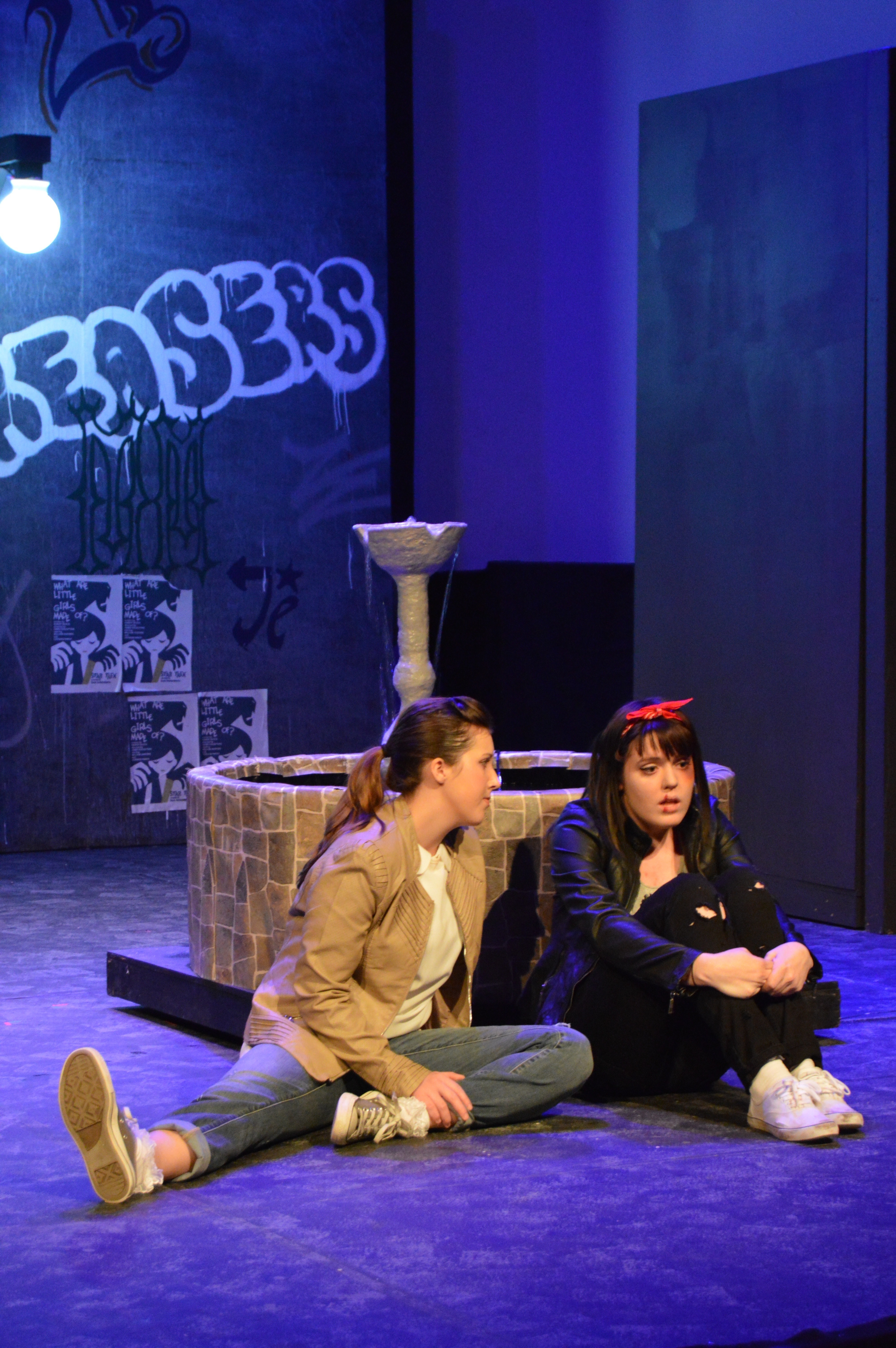 Last Friday and Saturday, Scotch’n’Soda’s production of The Outsiders played at McConomy Auditorium in the Cohon Center. Based on a book by classic American author S.E. Hinton, the story explores themes of gang violence, youth, and social status.

The protagonist is the young Ponyboy growing up in the streets of 1960s Tulsa, Oklahoma. He is a member of the Greasers, one of two gangs in the area; the “Socs,” or Socials, are their rivals. The Socials are better off than the Greasers, and Ponyboy laments the condition of his friends compared to the Socs. His opinion changes after he meets a friendly Soc, Cherry Valence, the girlfriend of Bob Sheldon. Sheldon is a Soc who has previously jumped Ponyboy and his friend Johnny. The action is set in motion when Johnny kills Sheldon when he tries to drown Ponyboy in a confrontation. Dallas, another Greaser, gives Ponyboy and Johnny money and instructs them to flee the city. The rest of the story centers on the perils and heartbreak Ponyboy faces following this life changing moment.

The Scotch’n’Soda production is different from the original in several notable ways. The directors have “reimagined the 1960s as a place where one’s gender, sexuality and race are not aspects that hold one back.” The directors note that although the story has many universal themes, the cast is very heterogenous. There are more people than “straight white boys” who felt pain while growing up. The cast was is diverse, with every group playing a significant role.

Two of the leading characters are played by women, rather than the men in the original; first-year humanities major Anna Beck is cast as Ponyboy and junior music major Bryn Scharenberg is cast as Johnny. Senior humanities and arts major Sam Riordan takes the role of Dallas, now a lesbian who is attracted to Cherry Valence. Sodapop, who in the story is Ponyboy’s protective older brother, is played by Sophomore electrical and computer engineering major Russell Hawkins, an African American; all the while Beck, who plays Ponyboy, is Caucasian. This is made light of in one of the scenes when Cherry comments that she should have known that the two were siblings because they “look alike,” which prompted laughter from the audience.

The set consists of a platform on the left hand side that depicts a drawing room, presumably in Ponyboy’s house. This is the focal point of the play. To the right end of the stage, there is a wall with graffiti and a chain-link fence, which indicates the concrete jungle outdoors. The props work well with the story, even though they are fairly standard. One creative prop used is the fountain in which Ponyboy is nearly drowned by Bob. The fountain, which was rolled out onto stage, had a basin filled with water and a functional spout. While the set does not change drastically over the course of the play, the lighting and sound effects serve to transport the audience to each one of the scenes, from a burning building to a hospital room.

The execution of the play is impeccable; all of the actors are beyond professional and well rehearsed. I can imagine that the props crew is especially meticulous in not dropping any parts on stage during the production, and the lighting is very good at casting a spotlight or obscuring parts of the stage. The vocal performance was loud, clear, and consistent. The movements of the actors are well timed and coordinated, and the overall flow from one scene to the other was consistent.

The story focuses on the theme of coming of age. An emphasis is placed on the importance of shaping the future, as Ponyboy’s brothers encourage him to stay in school and get good grades. Ponyboy and his gang are met with the reality of an unfair and class-based society, and the feeling that they are not treated the same because of their social status. In the middle of his ordeal, Ponyboy learns not to think of his relationship with the Socs as “us versus them” when he eventually gets to know Cherry and the other sons.

The audience had an overall positive reaction to the play. Many of the scenes were met with laughter, cheers, and applause. The more serious scenes were quiet and somber. First-year Shubhangi Bhotika said that the play was “extremely relevant, making me think more deeply about politics, and societal structures in general.” First-year Sanjna Bhartiya called the play “emotional, entertaining, and really well done.”