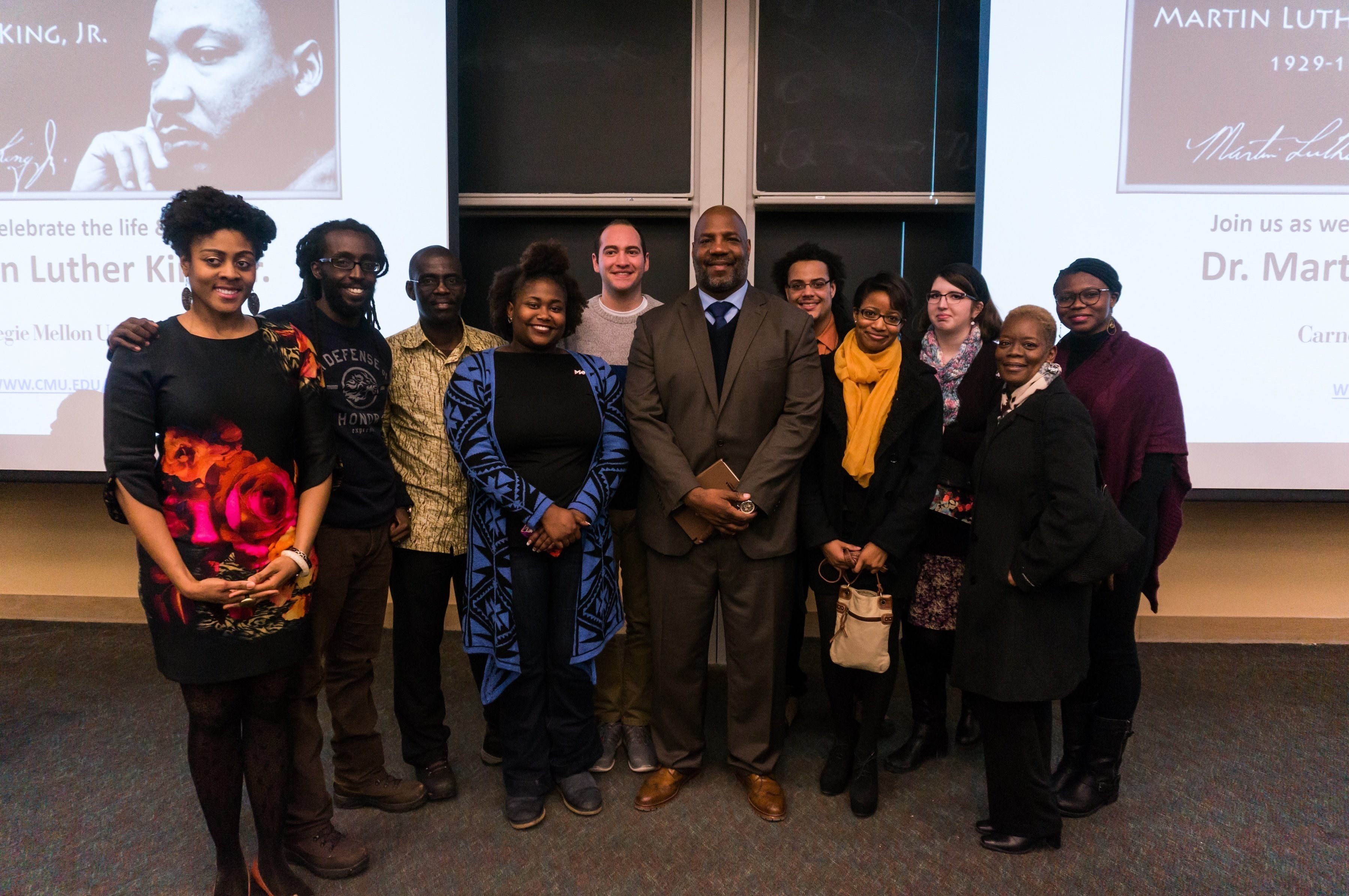 This Thursday, Feb. 11, Carnegie Mellon University hosted author, historian, and educator William Jelani Cobb as the featured speaker for its Martin Luther King Day Celebration. Cobb, an award - winning writer and Fulbright fellow, delivered his lecture entitled “The Half Life of Freedom: Race and Justice in America Today” as part of a series of lectures addressing the issue of race in America.

Cobb grew up in Queens, but both his parents have a southern background. After attending Howard University for his undergraduate degree, Cobb is now a writer for The New Yorker and an associate professor of history and director of the Institute for African American Studies at the University of Connecticut. “These are interesting times we live in,” Cobb said. “Because I’m a historian, I recognize the grasp that the past has on the present.” Throughout his speech, Cobb connected events in the past to events in the present, and used his expertise as a historian to compare past themes and current headlines. His lecture touched upon events ranging from the Missouri Compromise to more recent conflicts, such as those in Ferguson, Missouri.

While the physical insights of Isaac Newton and Albert Einstein may not seem related to the struggles of African-Americans, Cobb showed how they mimic the way human rights has evolved in the U.S. Newton created the theory of gravity, and used that to predict the motion of celestial bodies. However, Cobb notes that his predictions were never quite right, always just slightly off the center of what was factually recorded. Then came Einstein, whose theories gave us the final information we needed to fully understand how bodies of mass react with one another. Cobb states that these discoveries follow the same path as the foundation of civil liberties in that there is a slight difference between the theory and reality. “If we look at these principles as they are enshrined within the Constitution, we can predict how the society will look,” Cobb said. “Yet our society is not quite where we want it to be. There is a nagging discrepancy in America today that does not follow according to our founding fathers’ beliefs, and that is the history of African-Americans in this country.”

According to Cobb, the present mimics history in what he calls “mini EKG’s,” with “racial flash points” that spark up. Ferguson is one of these flash points. So was the Missouri Compromise. These events are not new, nor have they ceased occurring. In fact, upon taking trips to Baltimore, Washington D.C., and St. Louis, Cobb noted that “[his] syllabus had jumped right off the page.”

Later on in the lecture, Cobb talked about the denial of segregation in America. He accused the U.S. of being a “nation of innocents,” unwilling to talk about the prolific and prominent racial issues of today. Cobb shared an anecdote of an area where the hypocrisy of the people becomes clear.
“When we take about slavery, we get the reaction of saying, ‘Well that was a long time ago, that had nothing to do with me, that was decades ago,’ but you know what’s interesting is that people never say that about the Revolutionary War.”

Perhaps the lack of culpability for things done in the past is preventing the nation from moving forward. Cobb is optimistic about the future of this country, as he believes “history favors those on the side of right.”

Overall, Cobb stressed the fact that ignorance of the past would leave the country ignorant of the future, and prevent any possible change that is needed in the present. He ended with powerful messages from Martin Luther King Jr., who was the reason for Cobb’s presence on Carnegie Mellon’s campus. He mentions that King’s message was one of progress, the mantra of the civil rights movement “we shall overcome” meaning that the people would keep moving forward, would keep addressing these issues until there was an objective, just democracy in America.