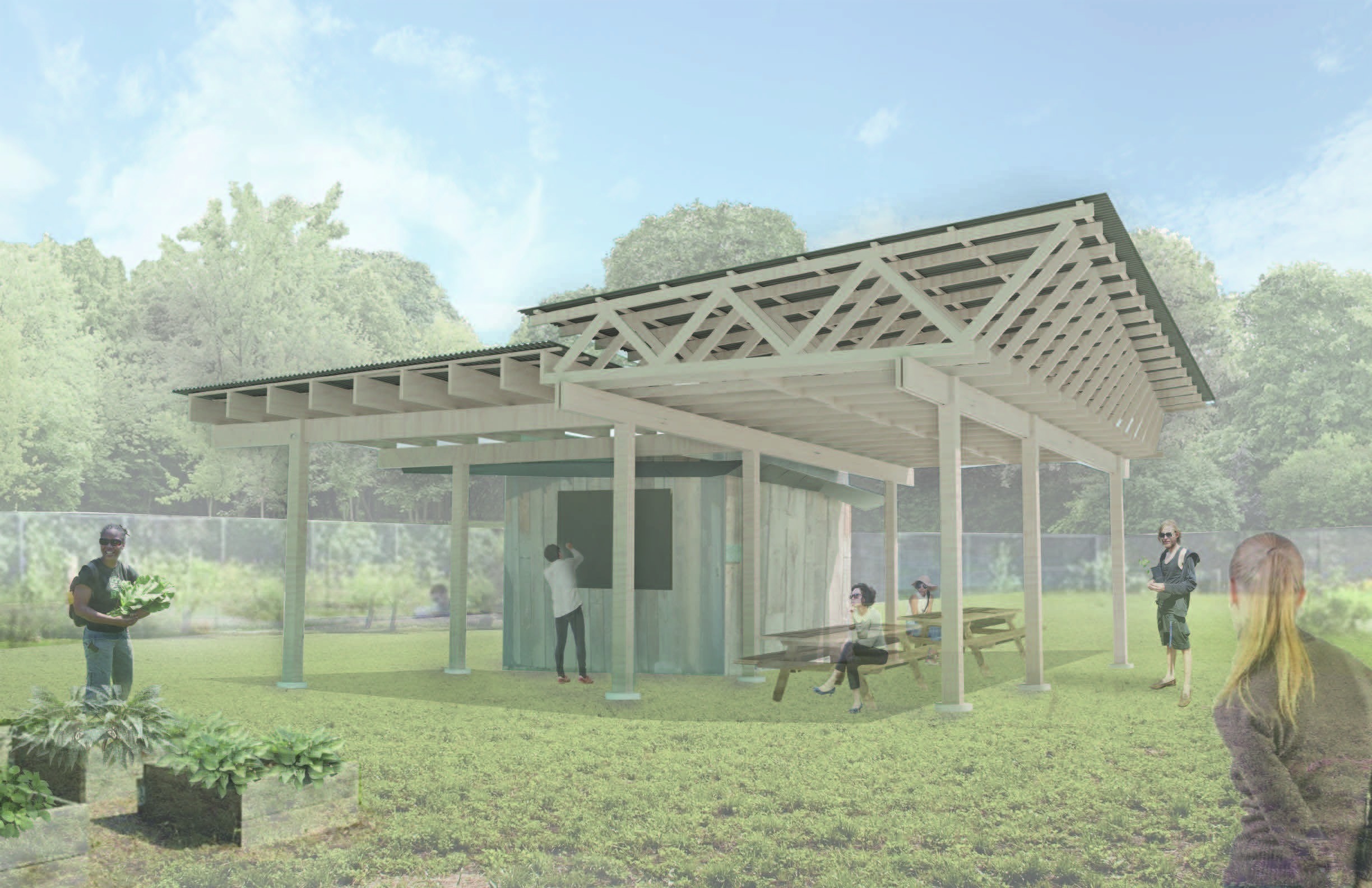 The Carnegie Mellon School of Architecture has been granted the privilege to contribute to a community garden here in Pittsburgh. Located in Uptown, the Aqua Pavilion will function as a structural water-catching device, while also standing as the attractive centerpiece for the local garden. Professor of architecture Joshua Bard, along with senior architecture major Jack Fogel, and junior architecture major Brandon Darreff, were contacted for their insight into this unique opportunity.

The Aqua Pavilion project has been a design assignment for second year architecture students for the past few years. However, it was not until the Class of 2019 was contacted by Grow Pittsburgh that their designs came into fruition. Professor Bard elaborated on the process of being selected to work with the volunteer organization. As part of their coursework, students had one week to design an outdoor functional pavilion in teams of four back in 2015. That year, the instructors had reached out to partnering communities in Pittsburgh to find some traction for the application of these designs. Grow Pittsburgh then reached out to the School of Architecture in May of this year and offered funding should they choose to participate in the project. In September, nearly 15 students from the Class of 2019 volunteered to design and construct the pavilion before Christmas.

The design was a collaborative effort between the students and Grow Pittsburgh. Several iterations were presented, including ideas from last fall, until the final design was decided on this year. The Aqua Pavilion will catch and store water in a large cistern and will water the plants in the Martin Luther King Jr. Community Garden in the Hill District. The overall design is “compelling” and “relatively simple to construct,” explains Fogel. Given that students are building it, the project should not be overly complicated. Fogel describes that the completed pavilion will be a rectilinear structure with beams and columns, while having a series of trusses that hold up the roof. For aesthetic appeal, the trusses will each progressively rotate at 15 degrees to create a “ruled surface.”

The onsite structure will be easy for the contractor to build. Jennifer Lucchino, an adjunct professor and co-founder of inter*ARCHITECTURE, a local contracting firm, is partnering with the students. Students will construct the various pieces on campus, and then transport the trusses to the garden. The materials and supplies are all paid for by Grow Pittsburgh. The architecture students who are participating in this project, Darreff points out, are purely volunteering this semester in addition to their existing coursework.

Given that the Aqua Pavilion will be both a functional and enjoyable aspect of the garden, students hope their work will integrate into Pittsburgh’s community expansion. Grow Pittsburgh intended for the pavilion to operate also as an event space, in faith that the community garden will serve more as a gathering space. Unfortunately, the university’s exposure to the project has not been extensive. The entire undertaking has been kept within the School of Architecture with little chatter amongst other Carnegie Mellon students. However, Bard hopes that the completed pavilion will be published as a positive impact on behalf of the university for the community.

Seeing their designs come to life and having the opportunity to contribute to real work in the community is an incredible opportunity for the students. Both Fogel and Darreff are exceptionally proud to participate in such an integral aspect of Pittsburgh, and see their studio work being applied outside of the classroom. For Bard, this opportunity has been a work in progress. The instructors have been attempting for a couple of years to find partnerships and engage in projects like this. The Pavilion will be the largest project constructed outside of the studios. In ten years, both the students and professors hope the garden grows and adapts the pavilion to their needs through community engagement from both the university and the city.