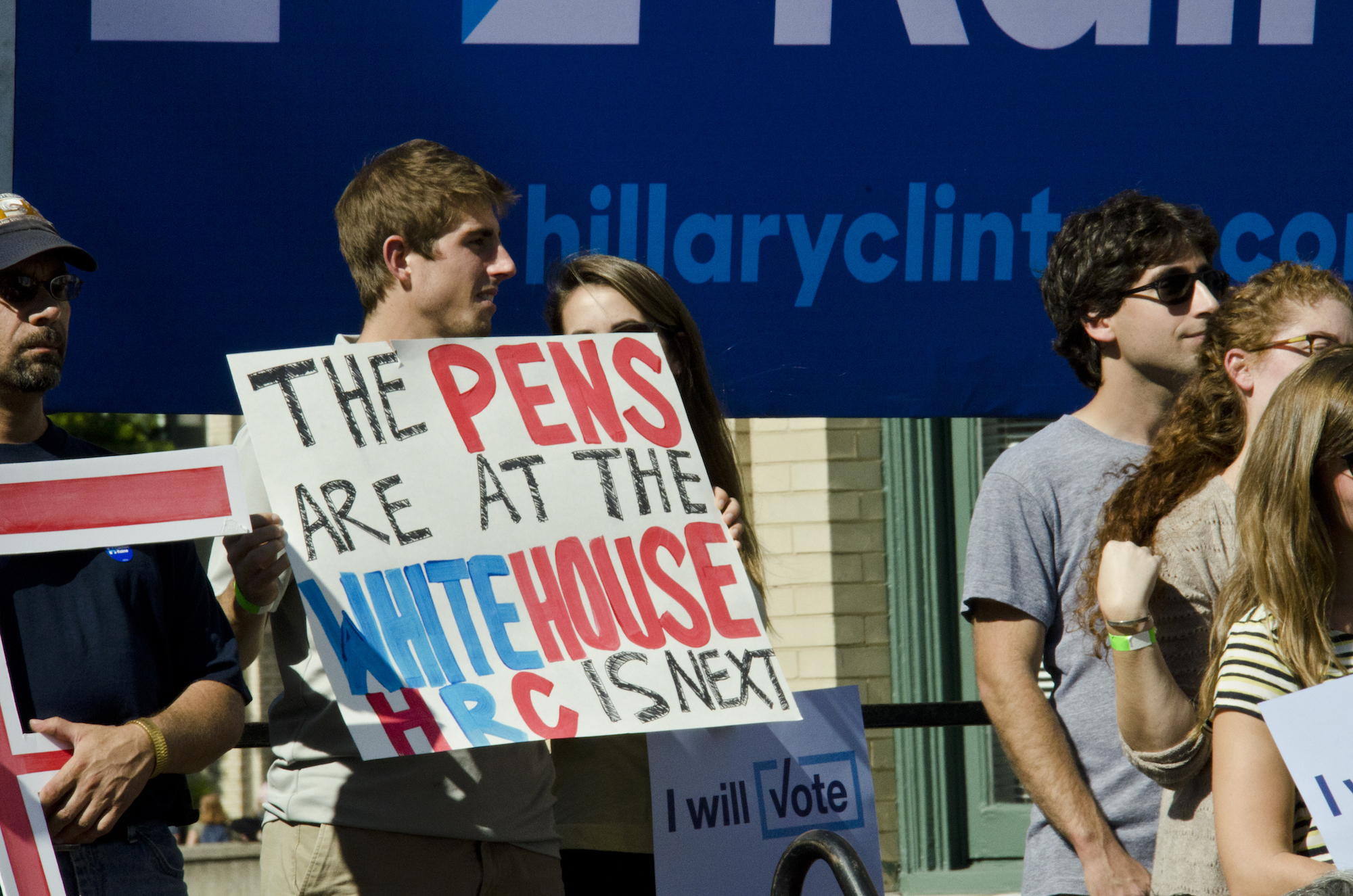 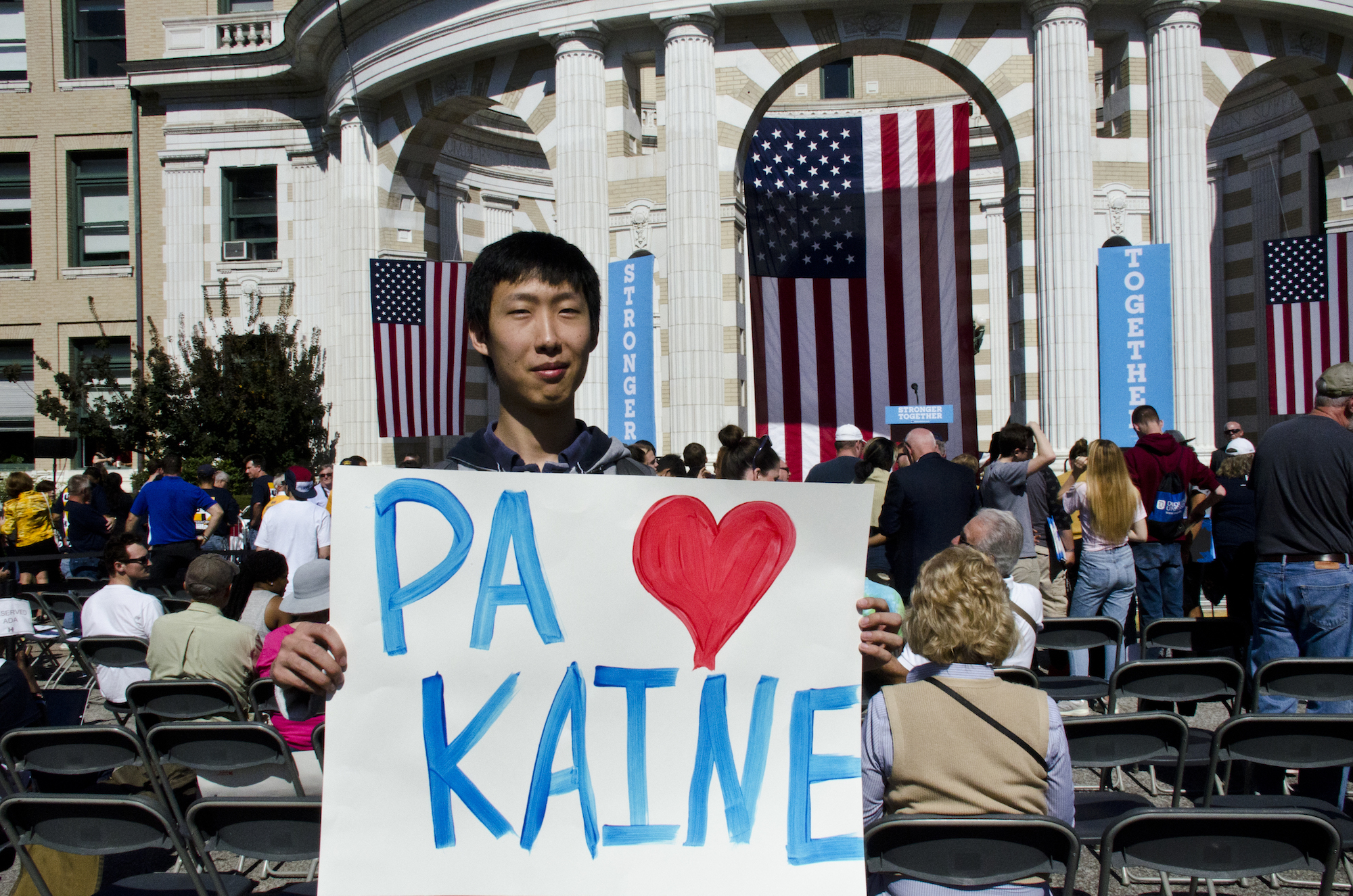 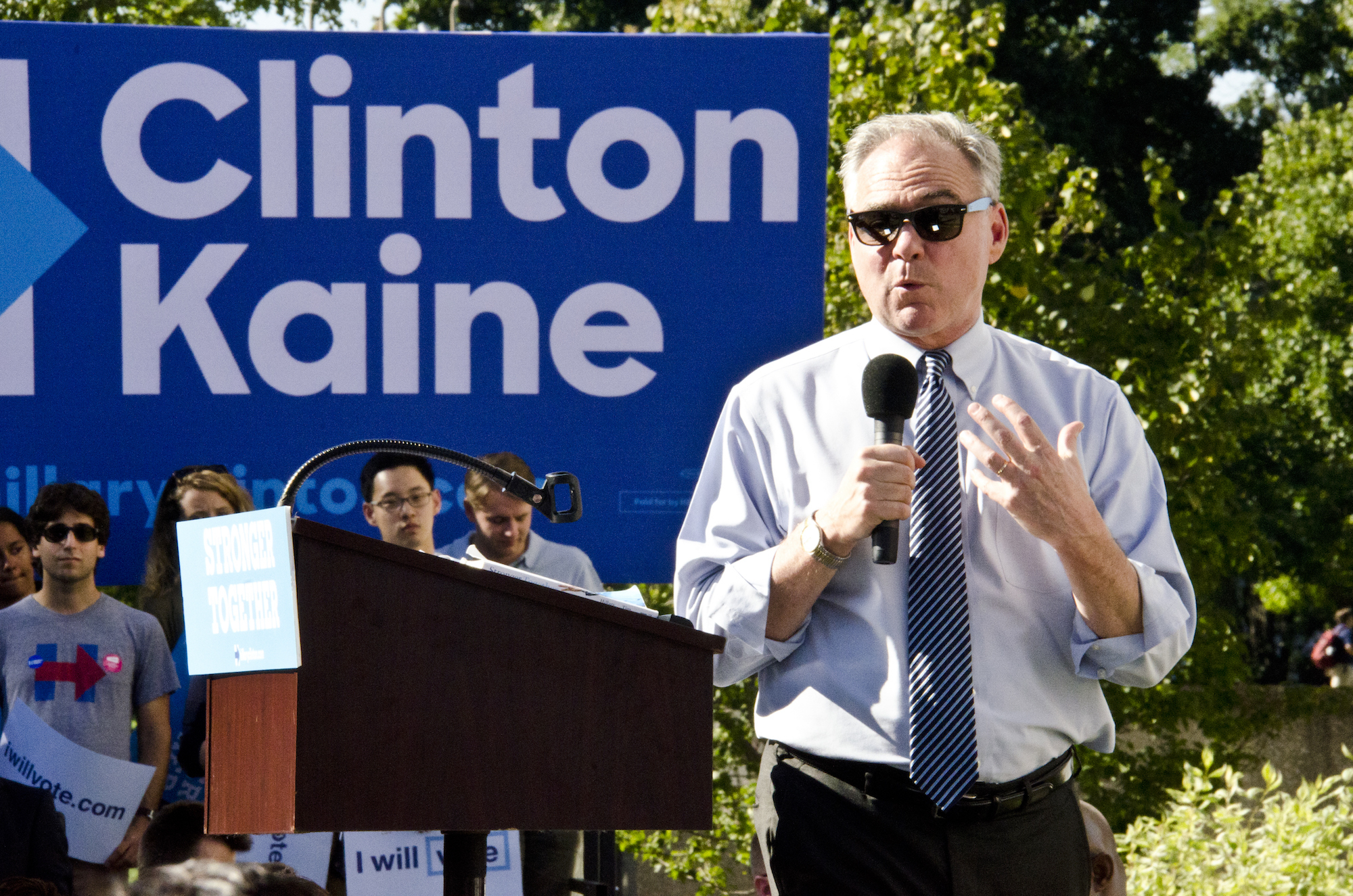 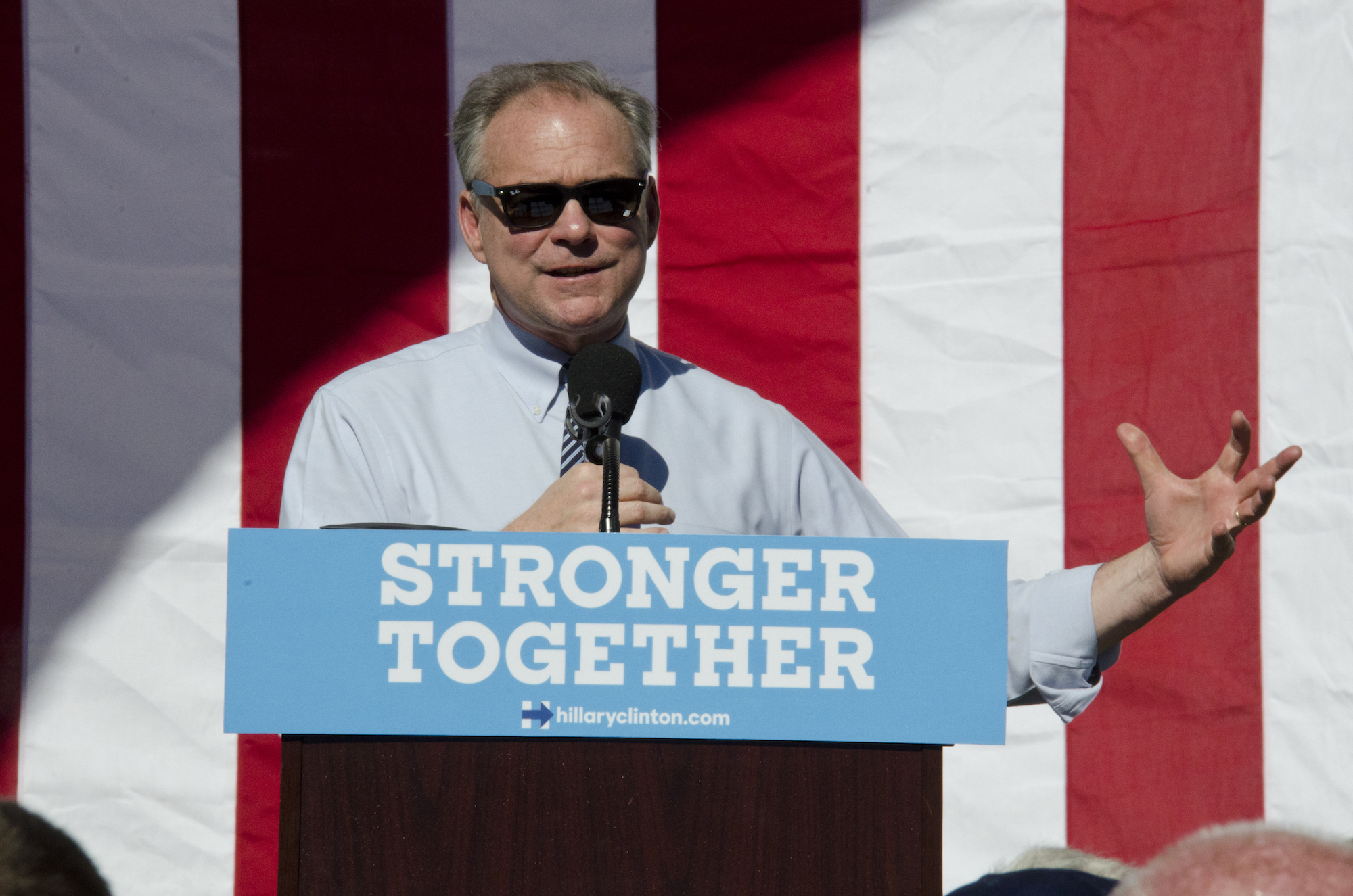 On Wednesday, Oct. 5, Campus Police closed off Tech Street and sections of Margaret Morrison Street to prepare for the arrival of Virginia legislator and Vice Presidential candidate Senator Tim Kaine. The event took place the following afternoon and was set up just outside of Margaret Morrison Carnegie Hall. The exterior of the building was scaled with patriotic banners and an American flag backdrop hung behind the podium along with the Clinton campaign’s slogan, “Stronger Together.”

Kaine was introduced by notable guest speakers such as Pennsylvania State Senator Jay Costa and Pennsylvania Governor Tom Wolf. The politicians both emphasized the importance of voting and encouraged students to register to vote and to volunteer for the campaign. Governor Wolf remarked, “Democracy does not expect a lot of its citizens but the fundamentality of citizenship is to vote.” Pennsylvania is a major swing state in this election cycle, although it has voted with the Democratic nominee in every election since 1992. For an election that has proven to be surrounded by controversy and high stakes, securing Pennsylvania could be a significant victory for either of the candidates.

Once the Virginia senator took the stage, he began by denouncing Republican nominee Donald Trump and his running mate, Governor Mike Pence. He drew comparisons between the different visions of the two campaigns, specifically by juxtaposing the books published by the Democratic running mates and by Donald Trump. Kaine claimed that Trump’s book, which was originally titled “Crippled America,” was “fundamentally negative ... which shows what he really thinks about the United States.” He urged the audience to ponder the difference between what the two campaigns represented and to, “consider where the country is going.”

Besides criticizing the Republican ticket, Kaine spoke on several of the topics that were addressed during the Vice Presidential Debate on Tuesday night, such as college affordability, immigration reform, women’s health, and taxes. Kaine, who has taken moderate stances on many constitutional issues, asserted during the Vice Presidential Debate on Tuesday night that he is a strong supporter of the Second Amendment. Kaine’s nomination as the vice presidential nominee on the Democratic ticket could have been a strategic move to secure votes from moderate voters, while Clinton focuses on securing votes from the mid-to-far-left population.

Kaine showed his moderate ideologies once again during the event on campus, when he was discussing Clinton’s policy objectives for women’s health. He assured that, “I’m proud of my faith, but I don’t think my job is to pass laws mandating that everybody follow the doctrines of my church.” He continued, “on these fundamental matters of reproduction and relationships and intimacy, why would we want a big government making these decisions?” Kaine also said that he and Clinton were determined to make it a priority to make college debt-free for American families, with free tuition at in-state levels for families with an annual income of less than $125,000. He also promoted comprehensive immigration reform as well as tax relief to middle class families and small businesses.

Furthermore, Kaine emphasized Carnegie Mellon’s significance in Pennsylvania and its role in creating the policies that he and Clinton hope to achieve in the White House. He reminded the audience that Pittsburgh is the center of American manufacturing, and that Carnegie Mellon University lays at the center of this, as the school has joined the National Network for Manufacturing Institution. He stated that, “the plan for economic growth and manufacturing goes hand in hand with Carnegie Mellon.”

The senator seemed optimistic about the quickly-approaching election day, and referred to himself as a, “rabbit’s foot for good luck,” joking that the reason Clinton picked him to be her running mate was due to him having never lost a political race. Kaine claimed, “I’m 8–0, and we’ll be 9–0 on November 8th.” Despite this seemingly confident attitude, he alleged he was adopting an underdog mentality and the importance of reminding himself that, “I am the underdog until they call me the winner.” Kaine said that his running mate embraced the same mentality, given that she is the first woman to ever be nominated as a presidential candidate in United States history.