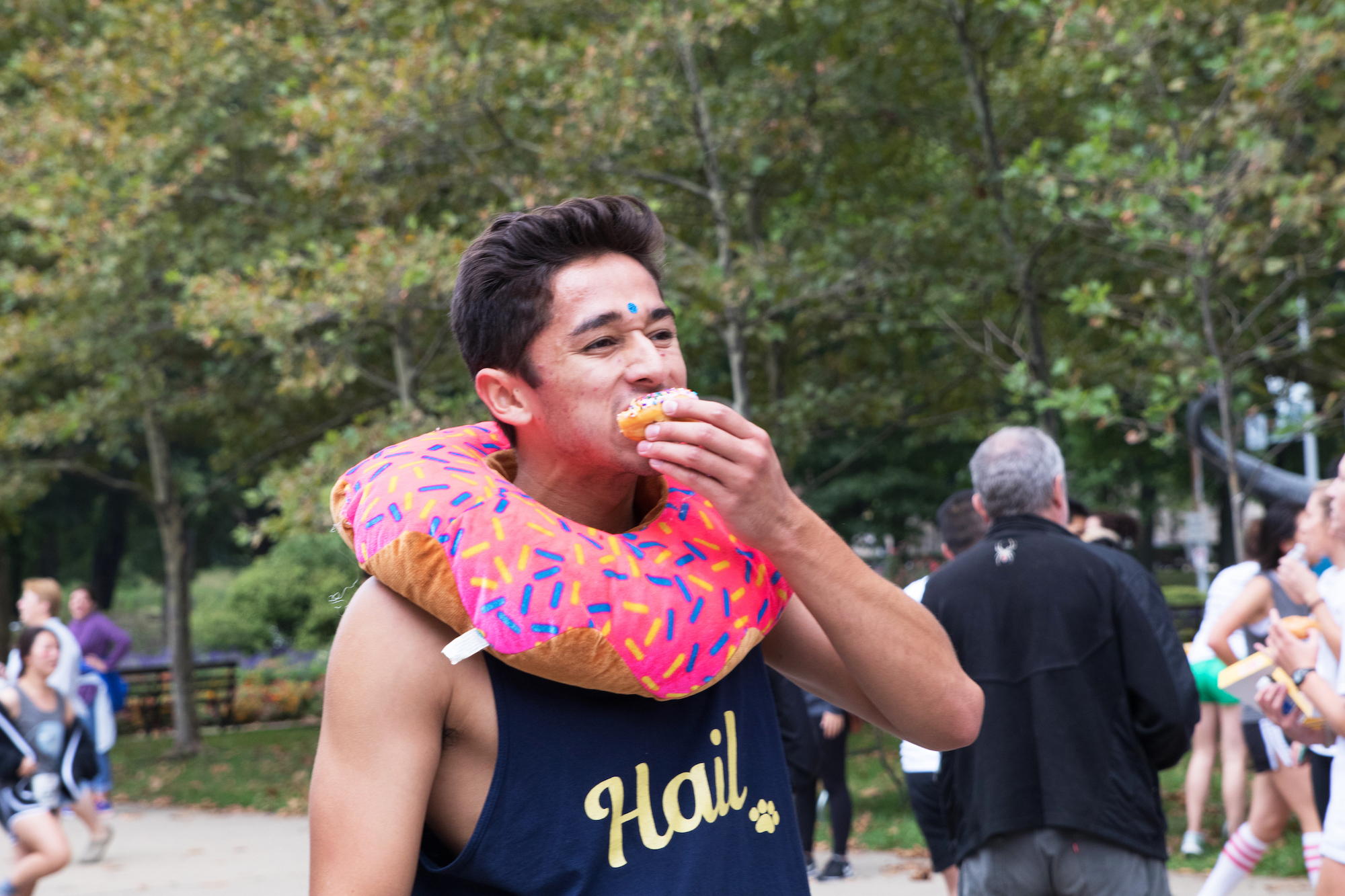 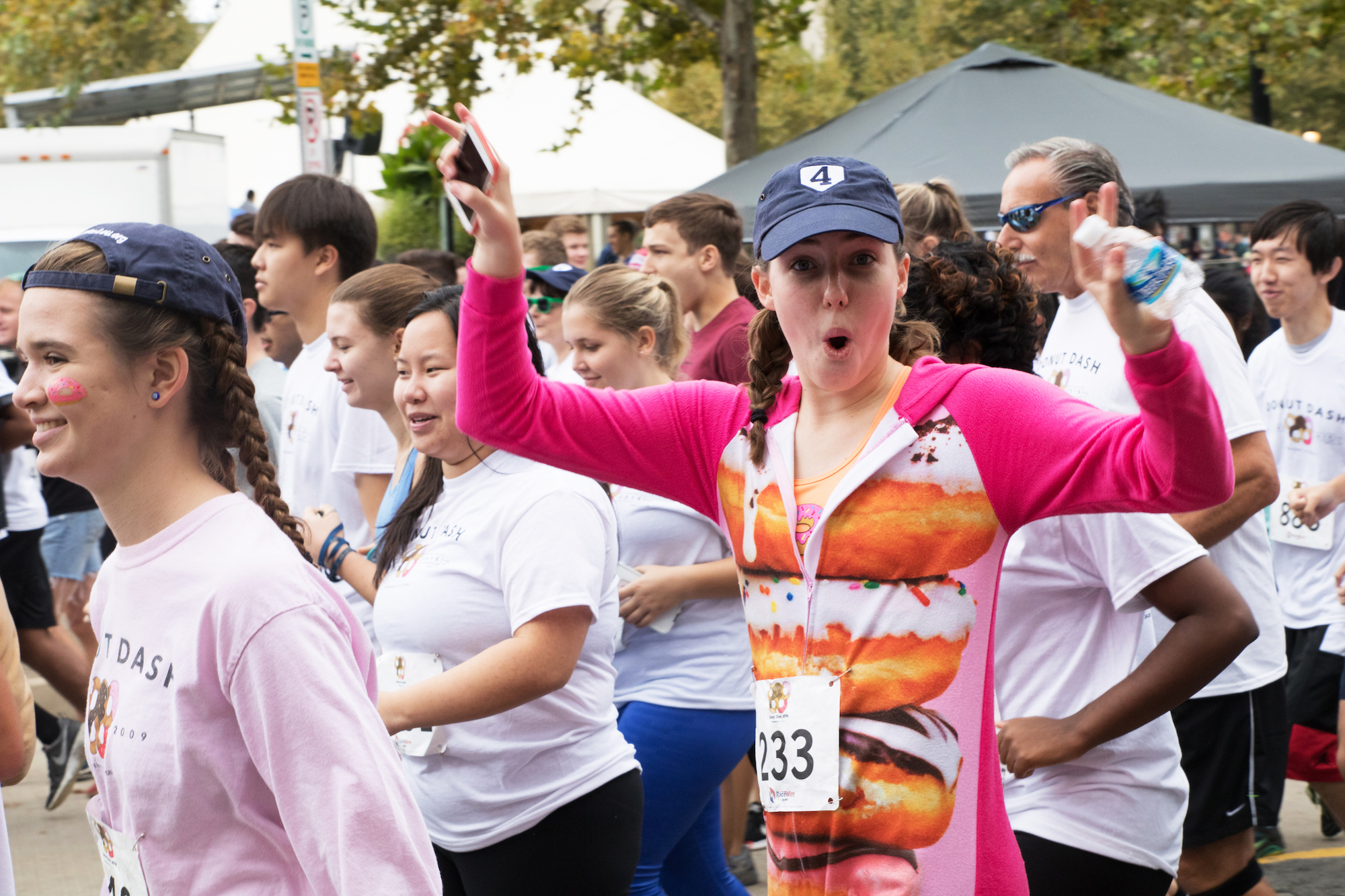 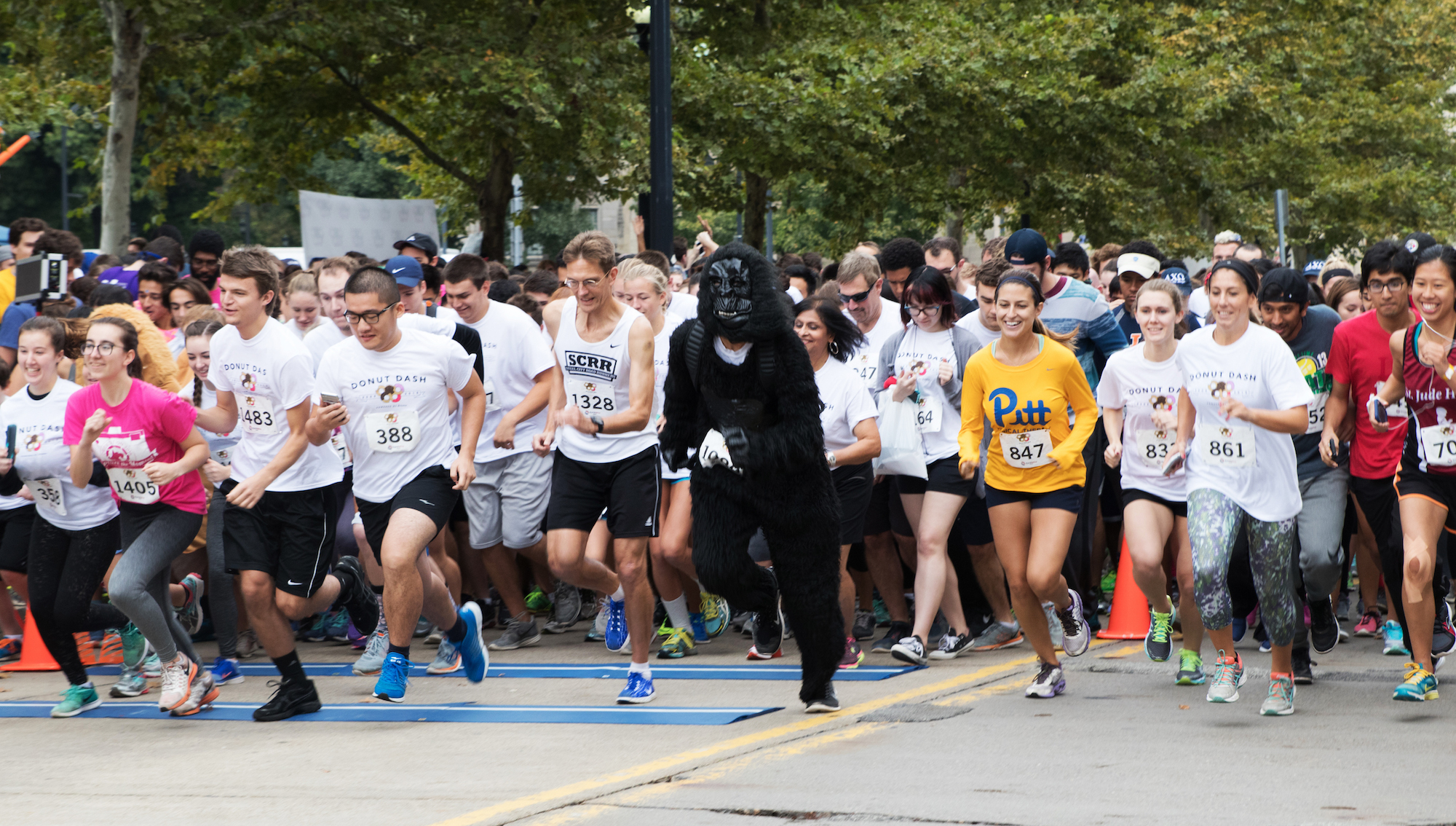 On Oct. 2, the eighth annual Donut Dash took place at Schenley Plaza in Oakland at 10 a.m. This event is hosted by the Greek organization Sigma Alpha Epsilon (SAE) at Carnegie Mellon University to raise fund for Amyotrophic Lateral Sclerosis (ALS). Over 1,300 participants signed up for the event prior to Sunday, and around 1,500 participants showed up to the event. Joey Pickens, a former member of Carnegie Mellon’s Men’s Track and Field team, won the competitive race.

The Donut Dash is a philanthropic event organized by students in the SAE fraternity. Participants may choose to partake in either the competitive race or the casual race; competitive runners run a two-mile course, stopping after the first mile to eat six donuts. This year, this event helped SAE to raise $175,760, by far the largest amount of funds raised through an event hosted by one single Greek organization in the nation. This record was previously held by Alpha Epsilon Pi of University of Missouri in 2015, when the fraternity raised $132,000 for American Cancer Society. “[The Donut Dash] is a part of the commitment to raise $500,000 over five years for a new ALS research center at The University of Pittsburgh,” Mike McCaffrey, a senior statistics major at Carnegie Mellon, said at the closing speech.

David Ott, a current member of Carnegie Mellon SAE and a senior Materials Science & Engineering and Biomedical Engineering major, organized The Donut Dash 2016 with McCaffrey. Ott has been actively participating in The Donut Dash since his first year at Carnegie Mellon. The first annual Donut Dash took place in 2009 on Carnegie Mellon campus. The goal was to raise $2,000 for The Children’s Hospital of the University of Pittsburgh Medical Center, because the national philanthropy of SAE was to support the Children’s Miracle Network. In 2012, Bob Dax, the alumni advisor of Carnegie Mellon’s SAE, was diagnosed with ALS. “That year, [SAE] revamped the event to support ALS,” said Ott, “we respect Bob very much, and he had always been a very dedicated member of the chapter.”

The majority of the donations came from corporate sponsors and alumni donations. SAE also worked closely with organizations such as Live Like Lou, an organization run by Neal and Suzanne Alexander to support the family of ALS patients. Many volunteering organizations and sororities on Carnegie Mellon also participated in the preparation process as well as at the event. Students from service fraternities at the University of Pittsburgh also showed up to help organize the event. “We have been preparing for this event since our last Donut Dash,” said Ott, “and for us this is definitely the biggest event of the year.” As the heads of this event, Ott and McCaffrey were responsible for maintaining their cooperation with corporate sponsors and service organizations, while making sure the event gained special permission from the city of Pittsburgh. Most of the brothers of SAE showed up to help organize the event and they also worked with local police.
The races ended at 1:30 p.m, and were followed by a donut eating contest and a live music performance at Schenley Plaza.