A senior looks back on The Tartan experience 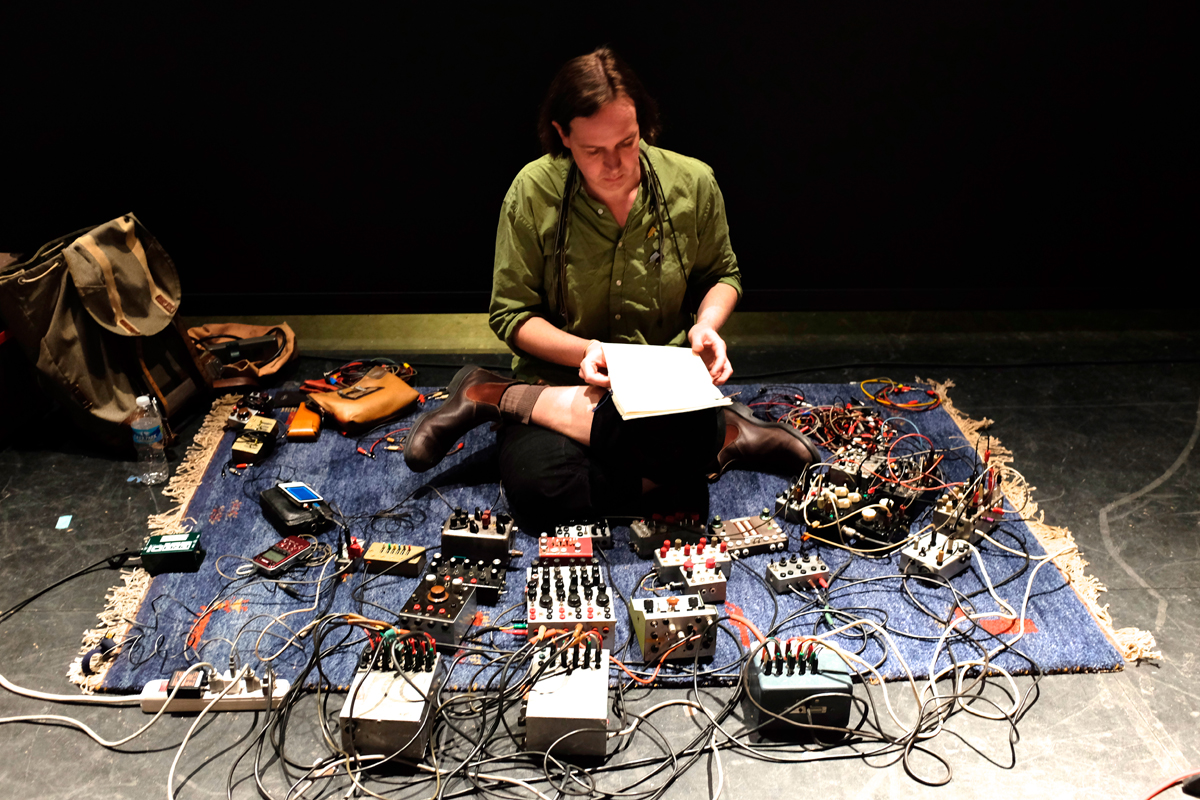 Carnegie Museum of Art (CMOA): Storyteller: Photographs of Duane Michals
I’ve never wanted to milk an exhibit dry as I have Storyteller. Michals isn’t just a photographer; he’s a craftsman, piecing together stories with whatever media he has available. His work is simultaneously artful and activist, simple and deeply thought provoking. And there’s a lot of it. That’s where the masterful touch of CMOA curators came into play: How to build an exhibit that both organizes all there is to display, and guide us through such that we discover the genius for what it is? This one was pretty perfect. I went back again and again before it closed in February.

Faculty Interview: Reza Vali
When I sat down with Professor of Composition Reza Vali in February 2014, I expected to learn about “Elements,” the piece he had co-composed that was due to premiere with the Pittsburgh Symphony Orchestra that month. Instead, I got a story — nearly unbelievable in its scope — spun in the whining half-tones of the Persian melodies from Vali’s youth. Vali told me about dastgah, the Persian music system, and his mission to create a Western instrument that could play the notes-between-notes that color those classic tunes. This interview changed me. It’s an inspiring reminder that our campus is scattered all over with hidden diamonds, faculty who are literal icons in their fields.

Carnegie Museum of Natural History: Roads of Arabia
Tied with Storyteller, Roads of Arabia is one of my favorite exhibits I’ve seen grace either Carnegie museum. There’s something remarkable about an exhibit that takes you out of your habitat and places you so wholly and seamlessly into another. Maybe it was the 6,000-year-old anthropomorphic steles guarding the doors, their wizened human expressions speaking sadness, that made me feel a desert wanderer myself. The curators at the Carnegie museums know how to stun with their material, and Roads of Arabia — in its understated way — has been one of their best.

wats:ON? Festival 2013: NOISE
Not every act during this festival was my favorite. In fact, I found one of them downright intolerable. But when I was a guest at wats:ON?, I felt like an insider on some big secret. At wats:ON, artists, and students met and shared their work, opened their eyes to new sights and sounds. I saw projects I didn’t expect to see, and will probably never see again. It had the feel of an exclusive, art-sharing club when in reality, it was incredibly accessible, hosted in the College of Fine Arts and entirely free to attend.

The Mattress Factory: Gestures
It seems not many students venture to the Mexican War Streets neighborhood, weaving through the artfully painted row houses to find the hidden treasure that is the Mattress Factory, a museum of exclusively installation art. What does installation art mean? The art isn’t confined to frames and canvases: It creeps into the viewer space until it surrounds you. Gestures was one of the most vivid examples of this when it opened in April 2012, with rooms filled with rope dangling from the ceiling and apple-red balloons you took outside and lifted to the sky. The Mattress Factory rotates through exhibits excruciatingly slowly, with maybe one or two openings a semester at most. But when these openings happen, they’re worth the trip.

Pittsburgh Symphony Orchestra: Anne-Sophie Mutter
Violin soloist Anne-Sophie Mutter dazzled in this September 2011 performance with the Pittsburgh Symphony Orchestra, but the PSO itself stunned me more. I discovered the Symphony was wonderful, and thought maybe I could start writing about it. I’ve been to see the PSO many, many times since, and every time they blow me away. With the ability to consistently bring world-class soloists to the Steel City, the PSO’s best asset is its own talent. When concertmaster Noah Bendix-Balgley picks up his violin, his nectar-sweet sound floors me every time. I’m probably one of very few in saying that the Symphony has become one of my top destinations as a college student. But they’ve never disappointed me, and I find myself newly inspired every time I go.