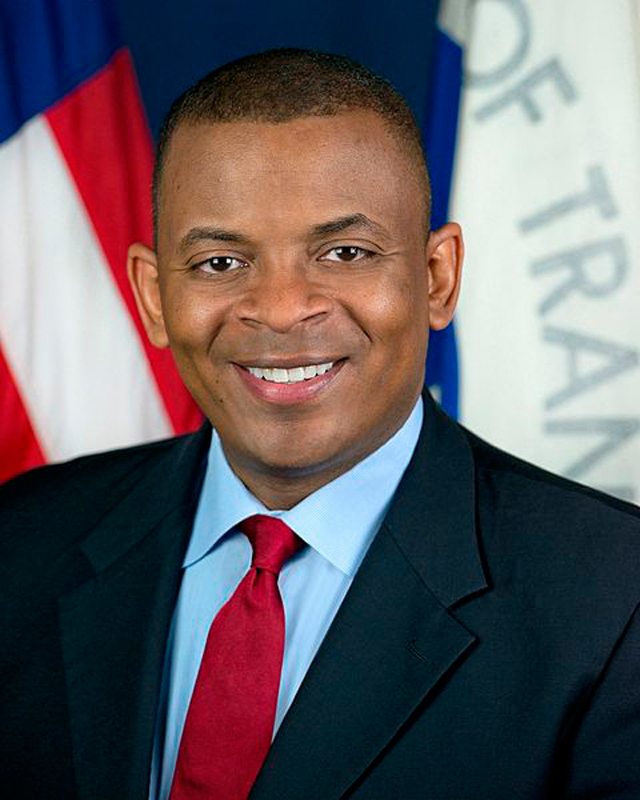 With the Secretary of Transportation Anthony Foxx coming to a school like Carnegie Mellon — a school with huge ties to robotics and technology — it was not far-fetched to think that he would talk about autonomous vehicles. He joined students at the university’s National Robotics and Engineering Center (NREC) in Lawrenceville last Thursday for a round table.

Self-driving vehicles could be a solution to many of the problems that plague U.S. streets if the dreams that engineers have for the cars can be realized, Foxx said. “I’m trying to get a good read on whether the driverless car is going to benefit us. One of the reasons [the Department of Transportation] takes a neutral stance on driverless cars is because we don’t know whether driverless cars or vehicle-to-vehicle communications are viable in the future.”

Foxx is in a unique position as Secretary of Transportation for the coming years. “We look at these new technologies that are rising in recent years, and we have to ask certain questions: ‘Is it really saving a trip?’ ” Foxx said. He asked whether, with current technology, autonomous vehicles could increase safety, ease congestion, decrease pollution, and provide other benefits.

Furthermore, he discussed how drones have been a case in which congestion, pollution, and other factors may not be improving from this technological intervention. “Obviously corporations like Amazon are chomping at the bit to make commercial use of [drones]. The technology is there, but the safety isn’t,” Foxx said.

These products — autonomous aerial vehicles — aren’t necessarily beneficial for the issues of congestion, pollution, and safety, he added. “The reality is we have the most complex airspace in the world.”

Foxx also addressed safety and the Mayor’s Challenge, a program that he implemented during his current tenure as Secretary, aimed at improving safety for pedestrians and bikers. He was inspired to create this program when he was mayor of Charlotte, North Carolina. The Department of Transportation states about the program, “Secretary Foxx is challenging mayors and local elected officials to take significant action to improve safety for bicyclists and pedestrians of all ages and abilities over the next year.”

This hits particularly close to home for the Secretary, as a young family was hit while walking in the street during his time as mayor of Charlotte, an issue that could have been resolved with a proper sidewalk.

Foxx recently fought on Capitol Hill for an increased transportation budget. “What was really a win this year was the budget from the Senate,” Foxx said.

The Department has $70 billion of capital to spend, according to the Department’s website. Some of money goes to projects like Carnegie Mellon’s driverless Chevrolet SUV, which Foxx gave a speech next to, making a quip that the university probably didn’t let him drive it because he would have “driven the vehicle out of the robotics center and on to the road, and wouldn’t have stopped.”

The majority of transportation funding, though, goes to solving issues of road safety, airspace safety, and infrastructure management like roads, railroads, and airports. The United States remains the most dangerous nation for drivers in the G7. The U.S. saw 10.3 drivers out of 100,000 die in 2013, according to the Insurance Institute for Highway Safety.

The G7’s second most deadly nation in terms of traffic was Italy, with a reported 6.2 deaths per 100,000 drivers, just more than half of the United States statistic, according to the World Health Organization. Foxx addressed this issue, saying that the nation’s current infrastructural system relies on a state-by-state transportation management system. He said that different transportation groups have blurred responsibility. This system means that there is no federally controlled highway service, making mandates harder for the country’s transportation department to enact.

NREC Facilities Coordinator James Montgomery talked about the Secret Service and their interaction with the facilities for Foxx’s visit. “Sure there was a lot of preparing to do, but there wasn’t much. They basically were set with the Obama cleansing fire,” Montgomery said.

He described the “cleansing fire” as a government sweep of the building prior to President Barack Obama’s visit to the facility in 2011. Walking into the building, visitors must present a valid identification of United States citizenship. The building feels like an airplane hangar. The table discussion included some of Carnegie Mellon’s most decorated graduate and undergraduate students. Heinz College information systems management graduate student Zoe Levenson led most of the discussion.

The open discussion began with Foxx asking students about autonomous vehicles. The discussion then moved to students’ questions. The room was full of public policy, engineering, and computer science graduate students.
Immediately following this discussion was a presentation of many technologies at the NREC. Particularly noteworthy was Robotics Institute project scientist Robert Tamburo’s “Smart Headlight.”

The headlights are programmed to not flash bright lights in deer’s faces so as not to blind them. Additionally, the headlight is slanted to avoid illuminating snowflakes or raindrops, increasing visibility for drivers.

Safety and overall public transport were among the several things Secretary Foxx brought up when speaking on the floor of the NREC warehouse, with people seated in front of him, and workers watching on the catwalks above.

At the end, Foxx noted how technology has improved so much since the dawn of the car, and that it was only natural for autonomous cars to be the next step in the new millennium. “I think the users — you — in the future are going to be seeing a lot more seamlessness in the way transportation moves,” Foxx concluded.