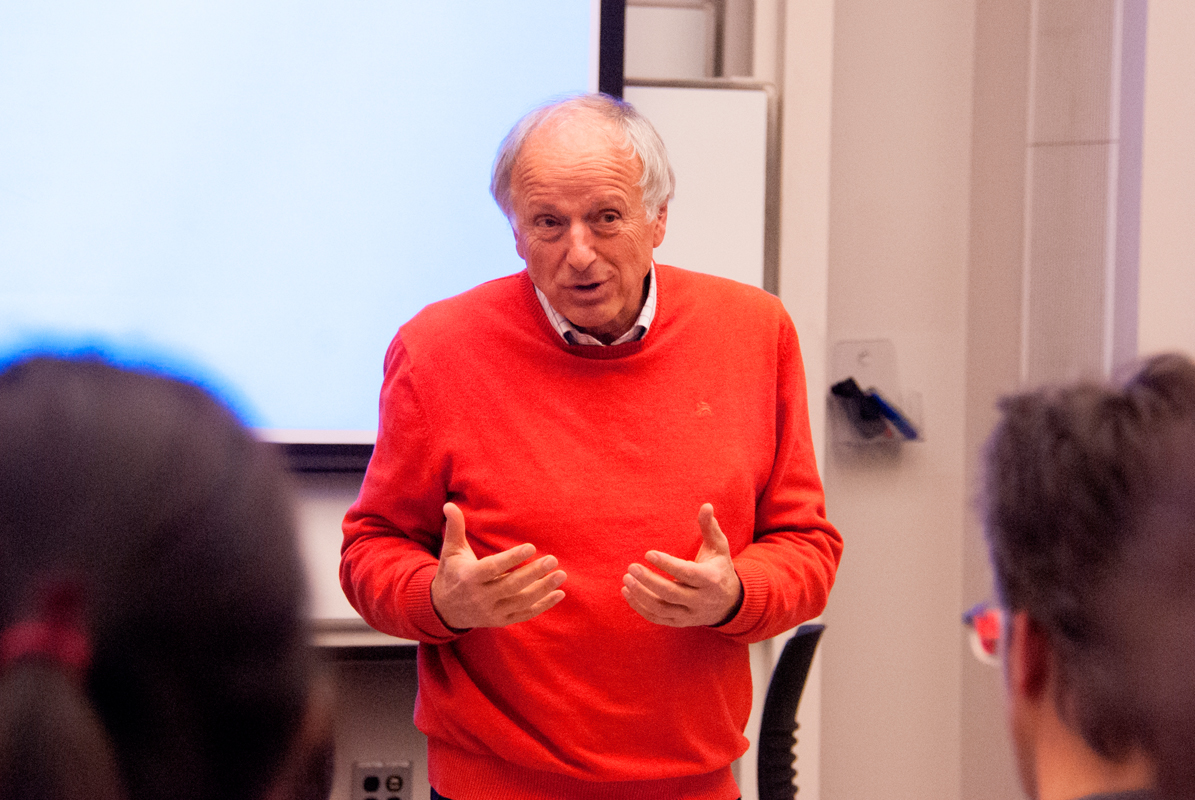 Carnegie Mellon’s Human Computer Interaction Institute hosted a lecture by Gerhard Fischer, a professor in the Department of Computer Science and director of the Center for Lifelong Learning and Design at the University of Colorado Boulder last Wednesday. Fischer presented his talk on Massively Open Online Courses (MOOCs) and their impacts on the structure of education in the future. His research predominantly tries to develop “a more theoretical grounded view of what MOOCs are and what they can be.”

In the fall of 2011, two professors from Stanford University, Sebastian Thrun and Peter Norvig, offered interactive webcasts to their “Introduction to Artificial Intelligence” class. Only 175 students physically attended the lectures at Stanford, but over 100,000 virtual users participated in this academic activity. Although the concept of Massively Open Online Courses (MOOCs) had been introduced in 2008, Norvig and Thrun popularized this concept that now spans over six thousand free and accessible online classes.

As MOOCs gained popularity over the past two years, more universities showed increasing support of them. If a professor chooses to offer his or her class to the open environment of the internet, companies such as Udacity, Coursera, and EdX serve as platforms for professors to present class materials to interested candidates. As companies that serve as vehicles to MOOCs gained prominence, prestigious universities all over the nation more willingly assisted in their developments. The balance of the two kinds of institutions continually pushed forward the developments of MOOCs. In the research realm of education, many have recently focused on MOOCs and their benefits to future structures of education. “I have been interested in rethinking and envisioning what learning in education in the 21st century might be,” Fischer said. “I think that schools will not go away, but we may rethink the function of schools in such an environment since online activities have become very prominent.”
Fischer’s focus on MOOCs relates to the concept of a “flipped classroom.” Instead of a traditional classroom setting where students attend lectures to learn the material needed for a set curriculum, flipped classrooms reverse the roles in the sense that the understanding of a subject based on learning materials has already been achieved before class. Then, when class actually takes place, the professor can interact with students based on a discussion-type learning. With MOOCs, well-known academic sources can be distributed to students as a resource to learn before class.

Because MOOCs take on a more technological and innovative shape, many students seem to prefer the incorporation of MOOCs outside of classes to mere traditional papers and textbooks.

Fischer has conducted the last ten years of his research while keeping in mind the concept of flipped classrooms. His findings derive from his own experiences as a professor and his desire to motivate students to engage in classes. “I would give them small assignments beforehand, for example, a paper to read on a certain subject,” Fischer said. “I would then ask them to consider the strengths, weaknesses, and the most interesting ideas of the topic.”

Fischer would then create a course information environment where students would share their own thoughts. Instead of spending the first few minutes in class studying this material, he would extract the most interesting comments from his students and put them on slides so that class time could be spent on discussing more controversial issues. “I found that this method was considerably more effort, and I found that the students get more out of it,” Fischer said.

Despite their benefits, MOOCs are often criticized due to their association with high dropout rates. About 90 percent of the people who sign up for these online classes end up not completing them. However, the important message that Fischer wishes to reinforce is that MOOCs impact a considerably larger number of students than regular universities do. Although the retention rate may be low, the actual amount of students that they impact is rather impressive.

Many students in these courses drop out because MOOCs are seen as less legitimate by many entities. When asked about the legitimization of MOOCs onto the same platforms of universities in the future, Fischer responded, “How these things will develop is at this moment unclear, but I would include institutions offering MOOCs finding ways to make their educational efforts more legitimate and verifiable.” His research has found that the “self-motivational” qualities of completing MOOCs attract certain professionals in industries, but, as of right now, the credentials gained from MOOCs are not as acceptable as actual degrees from universities.

As technology advances the way society approaches education, researchers and professors continue to seek out new methods of communicating and learning. Currently, MOOCs have gained momentum from only a few years of prominence, and it is clear that the future landscape of education will continue to adapt to developments involving MOOCs.