Individuals with autism found to have unique brain patterns 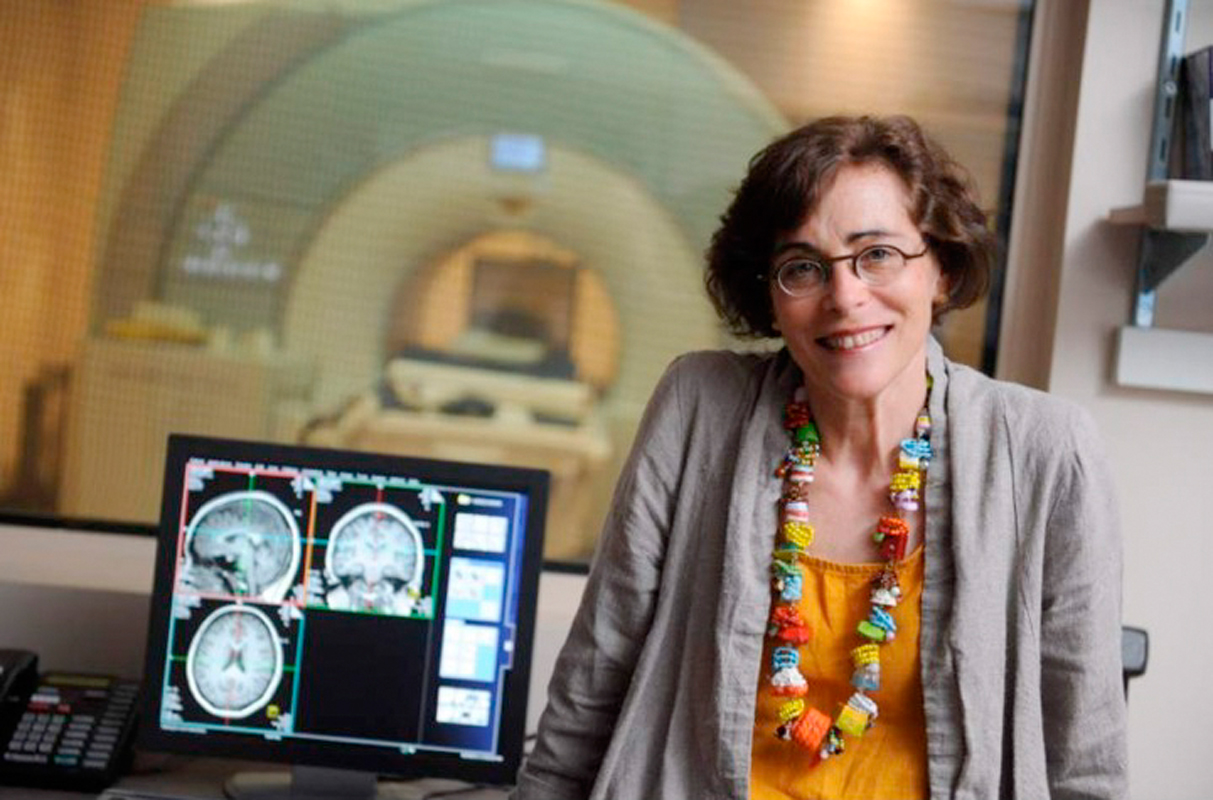 Marlene Behrmann, a professor of cognitive neuroscience at Carnegie Mellon, is helping researchers at the Weizmann Institute in Rehovot, Israel study the various ways the brain is affected in individuals with autism. (credit: Marlene Behrmann)

It has been discovered that connectivity patterns differ greatly between individuals with and without autism.The left image represents a less affected individual, while the individual represented by the right image is more affected. (credit: Marlene Behrmann)

Autism Spectrum Disorder (ASD) has been a topic of extensive study for neuroscientists for years, but it seems that with every new study, the disorder as a whole becomes increasingly unclear. This obscurity stems largely from that fact that there is so much contradictory information being discovered and published. One example of this involves brain synchronization, or connectivity. Some research has attributed ASD dysfunction to a lack of synchronization among brain regions; other research has stated the exact opposite, that the brains of individuals affected by autism exhibit hyper synchronization.

The researchers originally set out to examine the brain in its resting state. “There is an assumption that when you are not doing anything, i.e., when your brain is at rest, that the interactions between brain regions [are recapitulated],” Behrmann explained. This means that activity from the waking state is ‘played back’ when the brain is at rest. “We wished to see whether or not the alterations seen during daytime activities could also be seen in the resting state.”

The research soon evolved into a large-scale exploration of connectivity, or the synchronicity of activity between individual brain regions. The study’s evolution was triggered by the release of 1,000 fMRI brain scans, half of which were part of control groups, the other half consisting of ASD individuals. Before this landmark release, it was difficult for scientists to acquire large enough samples to do in-depth studies with widely generalizable results — hence the differing findings produced by previous studies.

Thanks to the combined efforts of twenty organizations, including Carnegie Mellon University, a public database was created. With access to this large, high-quality database, Behrmann and her team were able to create a study which would finally shed some light on the true nature of brain connectivity in individuals with ASD.

The study incorporated a sample of 68 control and 71 ASD brain scans. Data in hand, the research team was able to form three-dimensional brain images such that the brain’s intricate folds could be inflated, and their activity could be seen on the surface. The researchers laid a grid over the three-dimensional brain in order to separate brain regions into “voxels,” or 3-D pixels. Each voxel’s activity (rate at which its neurons fired over time) was recorded and compared to that of every other voxel. The sample size was so large and of such high quality that the team was able to compare the activity of each voxel in one hemisphere of the brain to the corresponding region on the other hemisphere, as well as compare activity between voxels of the same hemisphere.

As they compared activity throughout the brain, the research team discovered that, when compared against one another, the connections within the brains of the control groups were similar. The connectivity within the ASD brains, however, was not only different from that of the control groups, but the ASD brains displayed notable differences from one another — some being hyper-connected and others being under-connected, as previous studies had discovered.

The findings support a burgeoning hypothesis regarding the nature of ASD brain development. “There is a growing perception that because we live in very much the same kind of environment, our brains are all entrained in similar ways,” Behrmann explained. “If we see a dog, for example, and hear it barking, the visual and auditory stimulus come together, and those brain regions work together.”

While typical individuals’ brains develop and work in similar ways, individuals with ASD display diverse and rather unique connectivity profiles. Researchers hypothesize that not only do their environmental experiences shape their connectivity, their connectivity shapes their ability to interact with the environment. This is demonstrated by the fact that some young ASD individuals tend not to look at other people’s faces. As a result, the brain region which works to identify faces is impaired because it has not been utilized frequently enough.

As with many neuroscientific studies, the ramifications are unclear. “One of the things we had originally hoped was that, if we had a large sample, we could see individuals who had clusters of activity,” Behrmann said.

The goal was to find similar patterns which could have been used to create neurological profiles for ASD individuals, perhaps for diagnostic use, but the results were far too varied. “Before we can even start thinking about how we can use this information, we need to have a refined characterization of the disorder. Autism spectrum disorder is defined subjectively by a set of behavioral traits, a checklist. We really need an objective measure that allows for a more precise diagnosis before we can consider using this data.”

While ASD may still be mysterious, discoveries like this advance our understanding of brain disorders and neuroscience as a whole. “We are entering a new era in neuroscience research” Behrmann said. “Not only is the science itself exciting, but there is great joy in working collaboratively. The process of discovery and working with other people really drive me and make me excited about this work.”