Athlete profile: Brandon Peck, leader on and off the field 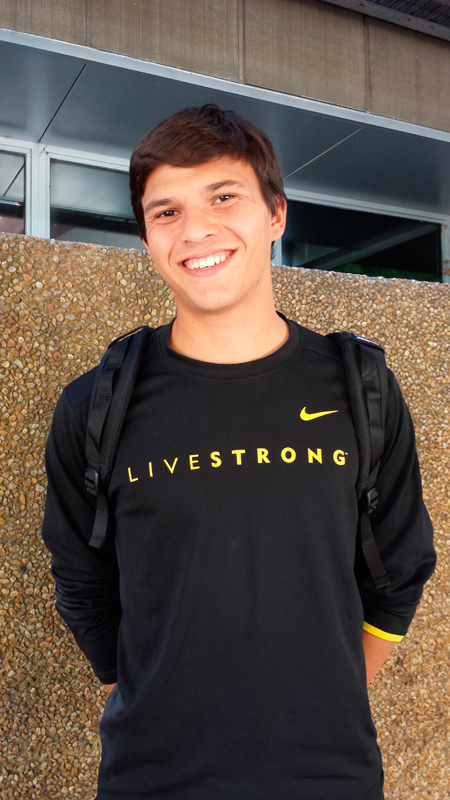 Brandon Peck, senior right outside defender and sometimes midfielder for the men’s soccer team, says that soccer has allowed him to become a more balanced and relaxed student. (credit: Desiree Xu/Business Manager)

“It’s kind of an exercise that stimulates your mind and brain,” said Brandon Peck as he strolled across the Cut through the midday breeze toward the soccer field, which acts as his main hangout spot on campus.

The senior business administration and decision science double major plays for Carnegie Mellon’s men’s varsity soccer team and has been part of the team since his first year at the university. When he is not burying his nose deeply in his textbooks or engaging in conversations with friends or classmates, he is dribbling soccer balls with his teammates in five-on-five short-sided games, his favorite drill.

Though this drill is played in a space that is half the length of a standard field, it does not fail to prepare this student athlete for intercollegiate tournaments, where he mainly plays right outside back defender and, occasionally, midfielder. Interestingly, Peck has played every position except goalie throughout his 18 years of playing soccer.

What first started out as a minor scrimmage during a YMCA activity for a three-year-old Peck soon turned out to be one of the most rewarding and influential activities of his childhood.

Peck said playing for the soccer team sometimes causes him a headache; practice removes a generous portion of his leisure time.

However, Peck is constantly reminded of the game’s numerous charms that have motivated him to play for the last 18 years: its strategic nature, team-oriented environment, and potential for building long-lasting friendships. As a matter of fact, some of his fondest memories involve bonding with his team through shenanigans that occurred during off campus road trips to tournaments at other universities.

“You get to know each member that much better when you’re away from the school setting,” Peck said. “It’s when we are away from all the pressure from classes and practice that people start to unwind, grow good-humored, and become immersed in conversations that seem to come out of nowhere, as well as goofy situations that tie us together. It gets quite exhilarating.”

During the last four years, his proudest moment was scoring his first college goal in an NCAA tournament. Peck claimed that his most significant accomplishment as a Carnegie Mellon athlete has been maintaining consistently high performances by exhibiting polished techniques, utilizing effective strategy, and promoting team camaraderie.

When asked which professional team he would coach for one year if given the opportunity, he replied FC Barcelona, due to the passion that fans have for the team.

Others can clearly detect the reason behind his interest: this defender relishes environments in which others give recognition and support, which is why he enjoys being a figure upon whom his teammates can depend during games as well as outside the world of soccer. This role also translates to his nonathletic relationships: friendships, peers, and family.

The latter is most important to Brandon, who said he has especially strong ties to his parents, who are his role models and the ones who initially encouraged him to play soccer for his physical, mental, and spiritual well-being.

“They both have done so much for me that I hope one day I can do for my children.”