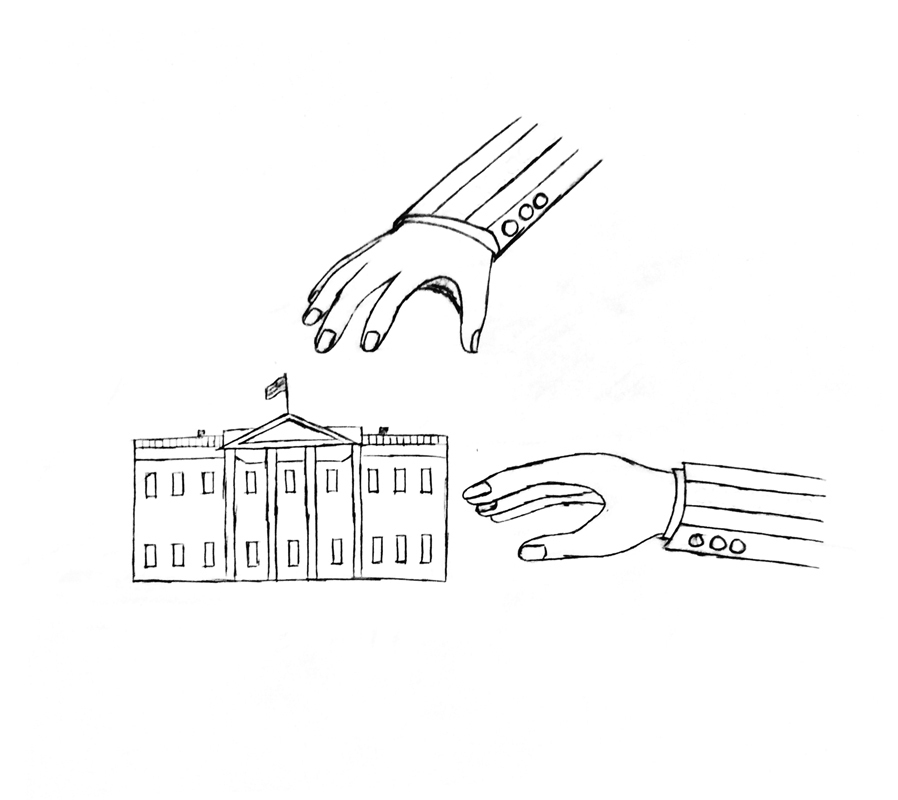 A recent study that’s gaining a lot of attention describes the United States as an oligarchy — serving the interests of the wealthy and powerful — rather than a democracy. Is anyone actually surprised? As the scope of federal power has expanded, there’s more and more that the government can do for those who have the influence and power to guide the government’s actions.

The United States’ pathway to democracy isn’t campaign finance regulation or lobbying restrictions, but decreasing the size of the federal government by simplifying the tax code and delegating more power and responsibility to the states. The less power the government has, the less it can do for special interests, and the more democratic our society will be.

The study in question, from Princeton University and Northwestern University titled “Testing Theories of American Politics: Elites, Interest Groups, and Average Citizens,” took responses from surveys conducted from the 1980s to the early 2000s, asking people questions regarding demographics and their political interests. The study then aggregated this data based on income level and found that the actual outcome of government policy matched the desires of the wealthiest Americans, and not those of middle-class Americans.

Separately, the study analyzed the fundraising of special interest groups and compared their goals to legislative outcomes, finding that the groups’ interests are well reflected in federal government actions.

With the amount at stake in the decisions that the federal government makes, who can blame wealthy individuals, corporations, and special interest groups for wanting to get involved? For a giant multinational corporation making billions of dollars, a marginal decrease in their tax rate means so much more profit than a new marketing push or a new product introduction. That’s why you see giant companies lobbying so hard for special regulatory loopholes that they can indulge in. If they succeed, it’s the most bang for their buck as far as making money for shareholders, which is, believe it or not, the legal duty of corporate executives and board members.

Because power corrupts and absolute power corrupts absolutely, and because lobbying is a necessary way for obscure interests to be heard, especially if government action has an unforeseen and outsized effect on a small but important group of people, there’s nothing we can do about the sway of the wealthy and powerful in government. In a sense, this is a necessary evil that any people who live under a government will have to deal with. Understanding this, if we limit the power of the federal government, then special interests can only gain a small benefit from influencing the federal government and, in an ideal world, that won’t be worth their time and money.

The primary way that special interests exert their power is through the tax code. Special loopholes for wealthy Americans and powerful corporations ensure that those who have outstanding wealth and influence keep it that way. Passing the FairTax plan eliminates this mechanism of corruption altogether.

The FairTax removes all existing taxes and instead levies a 23 percent sales tax on all goods and services. To make the system progressive — and more progressive than our current tax code at that — each American household receives a monthly check in the mail that refunds all money they would’ve lost to the sales tax if their income rested on the poverty line and they spent all of it. In plain terms, if you make the poverty line, you pay no taxes. If you make twice the poverty line, you pay an 11.5 percent tax. This payment is adjusted based on the size of your household, as well as revenue neutral with the current tax code.

If FairTax legislation is passed, the absence of corporate taxes will eliminate a huge cause for corporations to lobby or to be involved in politics at all, which will give them more money to reinvest in their company, pay higher wages, or pay dividends to stockholders, all of which would benefit everyone by boosting the economy. After the FairTax is passed, the only group that will be singularly affected by the tax code is the American people, bringing our oligarchy down to the democracy it was meant to be.

Finally, if we put more and more decisions in the hands of states — such as Medicare, Medicaid, Social Security, and drug legalization — special interests and wealthy people won’t be able to benefit much anymore from influencing the government. Washington, D.C. will finally become what it was intended to be: a mean, lean, infrastructure-building, fighting machine.

Money will never be fully removed from the United States government, and we will never have a perfect democracy. Limiting the power of the federal government will allow our country to still serve the people just as well as it does now, and restore the democratic ideals that our country was founded upon. Given this recent report, and also that a Bush and a Clinton are considering presidential runs in 2016, now is the time to restore the federal government to its appropriate size and scope.

As Ronald Reagan once put it, “You can’t be for big government, big spending, big taxes, and still be for the little guy.”