Mathletes come in second at Putnam 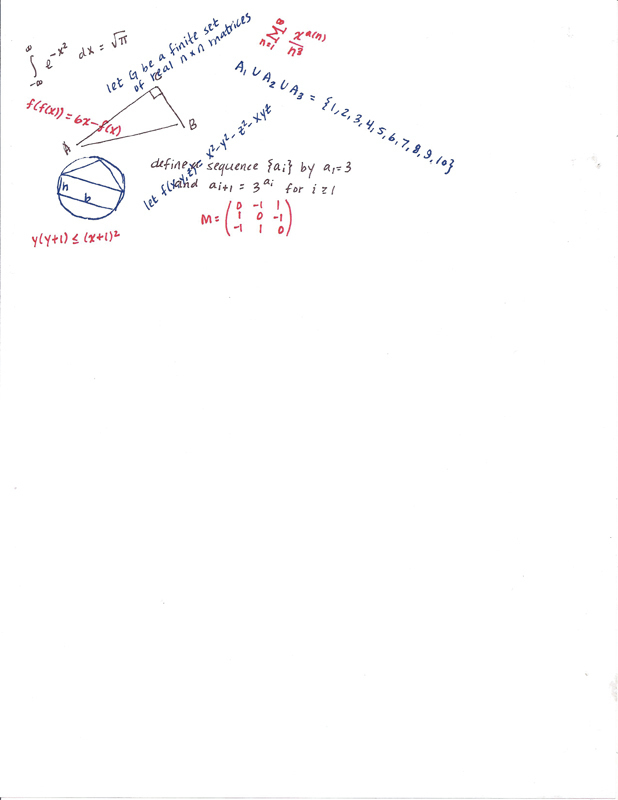 Carnegie Mellon has long been known for its excellence in math and science programs, a statement that has been supported by Carnegie Mellon students’ participation in the Mathematical Association of America’s 74th William Lowell Putnam Competition, a mathematics contest for undergraduate students held on December 7.

Results for the competition were recently released. Thirty-five Carnegie Mellon students scored among the top 10 percent, and the university’s team placed second overall in the Putnam competition.

The Putnam competition began in 1927, but it was not until 1935 that the competition was placed under the control of the Mathematical Association of America and became what it is today. Students participating in the Putnam competition are given six hours to solve 12 complex mathematical problems. This year, 4,113 undergraduate students participated in the competition. Participants came from 557 different undergraduate institutions, both American and Canadian. Three students from each institution formed the teams, which compete for the overall score; other students are allowed to participate for individual rankings.

Swayze also noted the amount of preparation that went into the competition. “For preparation, I took Putnam seminar, which is a class in the fall that is stratified by the various levels that people are at,” explained Swayze. “It’s a couple hours a week; we worked on practice problems and discussed techniques.” The Putnam seminar is led by Po-Shen Loh and allows students to improve their problem-solving skills through complex mathematical problems that require both knowledge and creativity to complete. Students have the opportunity to participate in two competitions, the Virginia Tech Regional Mathematics Contest (VTRMC) and the Putnam competition.

“I basically enjoy the contest because I enjoy math.... It is sort of like a six-hour competition between you and a set of problems, more so than a competition against the other teams. It’s just a question of how many problems you can crack in the allotted amount of time,” Swayze said.