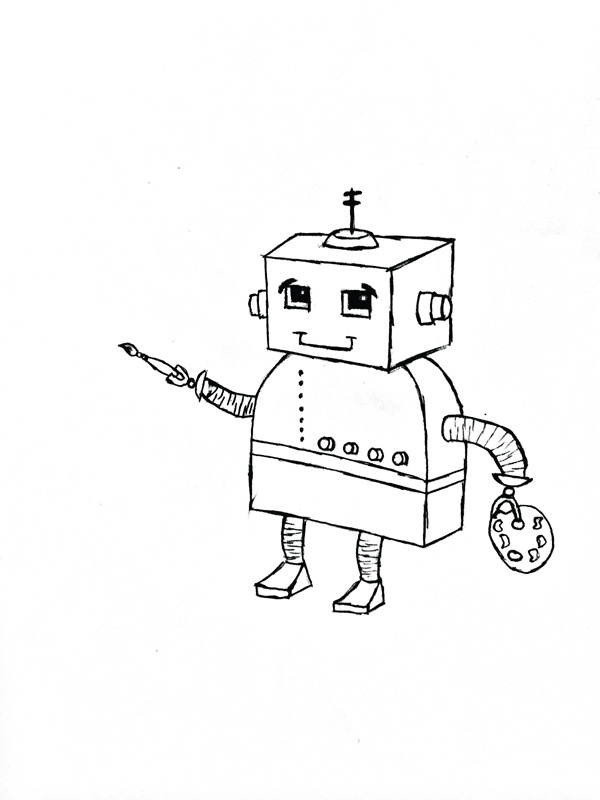 Computers are used for a wide variety of purposes, including heavily computational programs that can solve complicated problems. However, is it possible for a computer to create something completely on its own, such as art or new knowledge?

To decide whether or not a computer can create art, art must be defined. A creation can be considered art by either the designer or the beholder. For example, a piece may be considered art by the one who creates it if it tells a story or holds a personal meaning. Therefore, it would be difficult for a computer or program to create art because computers cannot generate human experience or emotion.

On the other hand, if we look to the opinion of the beholder, even nature could be considered art. By this logic, any computer output that a person views as beautiful could be a candidate for art.

Is it possible to create a program that will produce an output that is not attributed to the work of a computer scientist? For example, media artist Matthias Dörfelt created an algorithm that randomly generates entirely new drawings of faces from scratch. The cartoons highly resemble those drawn by illustrators, yet an artist never conceived the images. However, we must also consider giving credit to the one who wrote the algorithm in the first place. We cannot necessarily say the computer created these images on its own if a human wrote the program.

Yet, we must compromise by admitting that there are impossible tasks that are made feasible by computers. For example, a long computational simulation may make calculations at the rate of a thousand a second, a task that will never be replicated by human beings. Although a computer is instrumental in producing these calculations quickly, a human could do it at a slower rate. The computer can only make a unique creation if a human does not know how to replicate the output.

If a computer can generate undiscovered concepts and produce a unique output, why should we care? Just because a computer has generated a solution to a complicated algorithm, it will be difficult to convince people to trust it. As students in a heavily computer science-oriented school, we are aware of the seemingly infinite capabilities of computers. We leave it up to you to decide whether these computers are capable of generating unique and creative material.