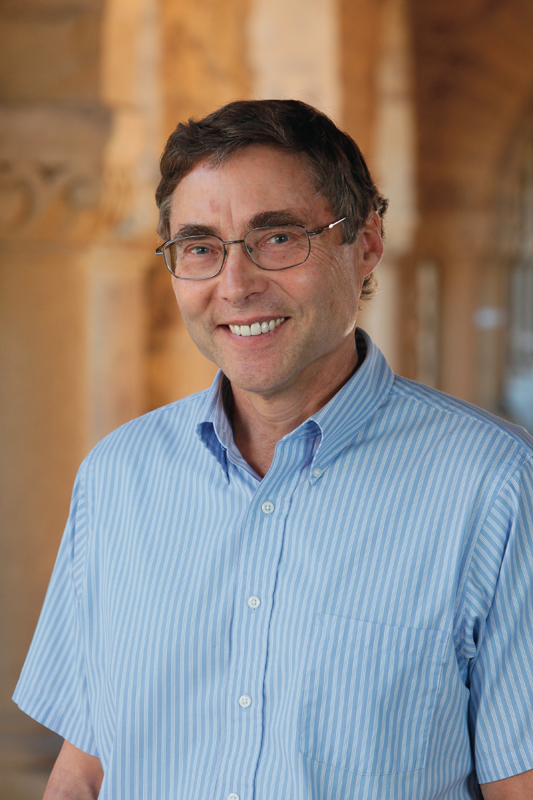 Speaking to a packed room full of students, faculty, and other members of the Carnegie Mellon community last Friday, Carl Wieman — the 2001 Nobel Laureate in Physics, as well as a professor of physics and of the Graduate School of Education at Stanford University — presented his views on improving science education. In his talk, Wieman spoke of a new paradigm for college-level science education and multiple research studies.

The presentation, titled “Taking a Scientific Approach to Science Education,” was the first of a series of lectures related to the Simon Initiative, a new effort by Carnegie Mellon to improve student learning by sharing data and research across education experts in academia, industry, and foundations.

Wieman began his talk by stressing the importance for “all students, future scientists or not, to be able to think about science more like scientists.” Wieman rejects the traditional lecture model in favor of a more modern approach based upon this relatively recent research. He said that his new model for classroom instruction is based on advancements in cognitive psychology, brain research, and science classroom research.
Of course, Wieman himself used to subscribe to this traditional model of lecturing. Wieman used to think that, to be successful, a student must “think hard, and figure out the subject.” He would tell students about the principles and give problems, and they would either get it right or get it wrong. Eventually, though, Wieman realized that his “explanations were leaving students quite baffled.” After observing that his Ph.D. students would enter his lab clueless but be expert physicists only two years later, Wieman began to think differently about the learning process.

This enlightenment led Wieman to more research in education and in how students learn. Before, he believed that if a teacher simply gave knowledge, some students would soak it in.
Now, he realizes that brains physically transform via a suitable exercise. Wieman also wanted to know what was required to make somebody an expert in a particular field. Research revealed three main qualities: factual knowledge, a mental organization framework, and an ability to monitor and check one’s own thinking and learning. He found that about 10,000 hours of intense practice would lead to expertise and re-wire the brain.

So how are these experts created? According to Wieman, educators need to design good practice activities, give useful feedback, and be motivating to help cultivate better learning. Using these techniques in the classroom requires expertise by instructors, he noted.

The third part of his lecture was devoted to research studies that supported his theories. The most dramatic example involved two separate sections for an introductory physics class, each with 250 students. The same material was covered, and the exams were nearly identical; the only difference is that one was taught by an experienced professor giving a traditional lecture, and the other was taught by a post-doctoral researcher trained in teaching methods similar to Wieman’s. Average scores on exams with the experienced professor were 41 percent; in contrast, students taught by the post-doc scored an average of 74 percent.
Wieman stated that there are approximately 1,000 other research studies that “consistently show greater learning” with this method.

“I don’t understand how university administrators can look at results like these and continue traditional lectures,” Wieman said.

Finally, Wieman offered advice as to what instructors in the audience could do immediately to improve the classroom experience. Educators should re-evaluate their homework, he said; homework should force students to discern what information is relevant and require that they explain why an answer is reasonable.

Educators should also understand the limits of short-term memory. Wieman stated that working memory can only truly dissect around five to seven distinct new ideas, which is only a fraction of what is introduced in most lectures. He suggested that reducing the usage of jargon and making more explicit connections may ease the learning of new concepts.

Wieman hopes that his research — coupled with other initiatives — can usher in a new way of teaching that will someday become ubiquitous. “The Simon Initiative is a perfect match for teaching and learning as a science that is more research-based,” Wieman said. “[We want to] make it more like astronomy, less like astrology.”