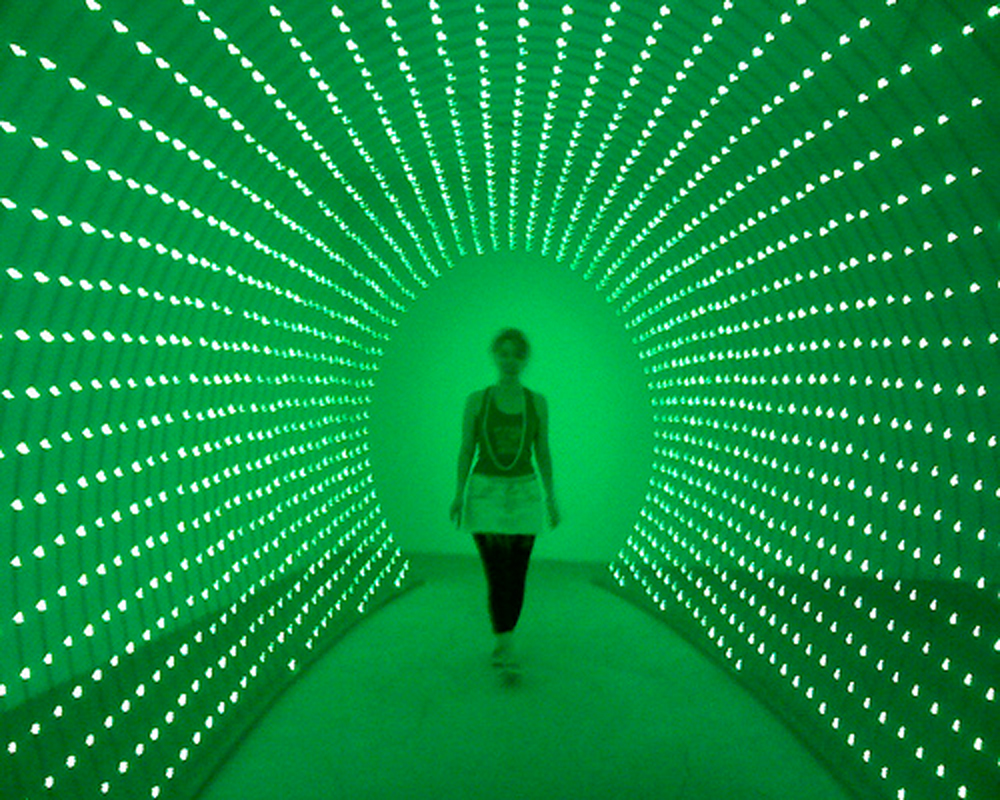 Erwin Redl’s main artistic mission in his large-scale light installations is to investigate how humans experience space and structure. (credit: Courtesy of anthony ko via Flickr) 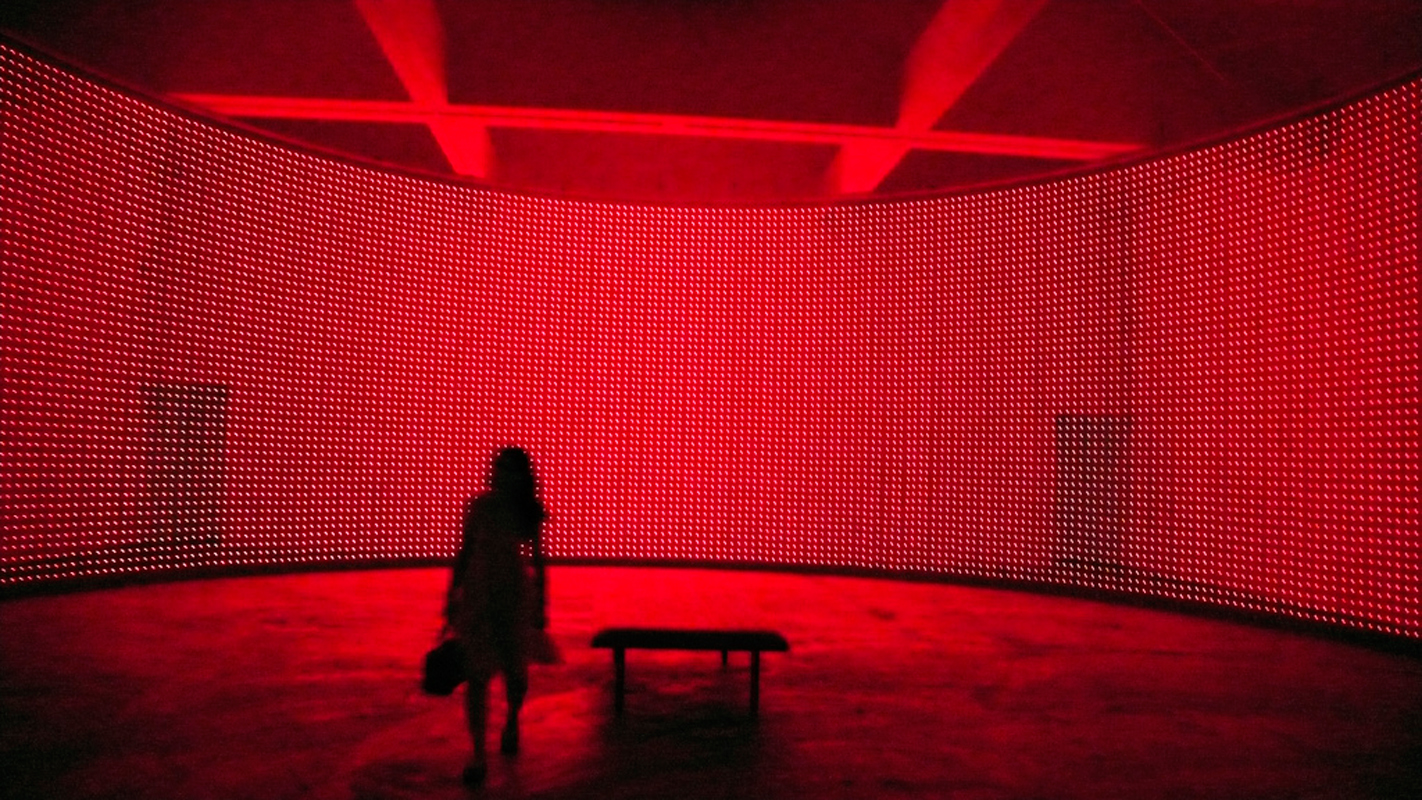 Erwin Redl has been working with LED lighting to create his innovative artwork for nearly 20 years. (credit: Courtesy of Eli Carrico via Flickr)

I had the opportunity to interview the Pittsburgh Cultural Trust Wood Street Galleries curator Murray Horne and artist Erwin Redl, the mind behind the Structures of Time and Space displays at the gallery. The series of large-scale light installations opened on Jan. 24 and will be on display through Apr. 6. The following is an in-depth look at the ideas behind the innovative display.

Q: What makes this display unique?
A: Erwin is a pioneer in the use of LED lighting for artwork and has been working with this medium for nearly 20 years.

Q: How do you find it relates to other pieces you have curated?
A: It relates directly as the gallery is focused on new media artwork.

Q: What part of the exhibit speaks the most to you and why?
A: “Twists and Turns” on the second floor gallery asks an interesting question: Is symmetry born out of chaos or vice-versa?

Q: How did you come up with the idea for this display?
A: The presentation of my work was driven by the unique spatial options at Wood Street Galleries. The galleries have two floors with the same layout, and both floors can be sealed from daylight. Murray Horne, Wood Street Galleries’ curator, selected two installations from very different periods of my career. “Speed Shift,” the LED-installation with sound on the third floor, was conceived in 2006. It has been shown in different versions in the U.S., Canada, Spain, and the Ukraine. “Twists and Turns,” the laser installation on the second floor, was conceived in 2012 and has never been exhibited before. Both installations are site-specific. Distinctive features of the exhibition space are being used to express the primary artistic idea underlying the installations. One of those features at Wood Street Galleries is that both rooms have an extreme elongated 4:9 floor plan ratio of length to width. Upon entering the space you are immediately confronted with the wide back wall with its super CinemaScope proportion which is hard to comprehend in one view. It evokes the same epic feeling as a wide horizon. Both installation set-ups refer directly to this primary spatial sensation.

Q: Why LED art?
A: Only the installation “Speed Shift” uses LEDs. “Twists and Turns” uses lasers reflected off acrylic plates. I prefer
not to refer to my work as LED art. My main artistic investigation concerns the corporeal experience of space and structure. The choice of media is secondary. LEDs, as well as lasers, offer great means to delineate space in a very precise manner. Single color LEDs and lasers exclusively emit a single light frequency. Those precisely-tuned color frequencies make LEDs and lasers perfectly suited to exemplify the structural and proportional thinking fundamental to my work. The installations use the aesthetics of LED and laser technology with its single-point light source as a reference to the computer pixel and as the aesthetic link between virtual and real space.

Q: What kind of professional or technical training do you have, and did it help you in creating this display?
A: I attended a polytechnic high school near Vienna, Austria, with a focus on furniture making, interior design, and architecture. After high school, I studied electronic music and composition at the University of Music and Performing Arts in Vienna. In 1993, I went to New York on a Fulbright Stipend to get an MFA in computer art at School of Visual Arts. I acquired a lot of the technical knowledge by working at several New York start-ups designing and programming interactive custom electronics after my graduate studies.

Q: What would you like viewers to take away after viewing the display?
A: Both installations have a sense of calm and tranquility that is crucial in my work. Despite my abstract aesthetic language and the artificiality of the medium, the sensuality as well as corporeality of the created space is important to me.

Q: What part of the exhibit speaks most to you and why?
A: What is most fascinating for me is how different the two installations are and how different the reactions of the audience was — very different from what I was expecting. “Speed Shift” on the third — with its cold, white LEDs and sound — seems to socially animate the audience. During the opening, it almost felt like a party room. People were extremely talkative and non-stop took pictures of themselves in front of the work. The second floor with the much darker “Twists and Turns” installation was extremely quiet, almost silent. I thought it would be different. I thought that the cave-like warmth of the second floor with red and blue lasers would generate a more active social space and the stark white light on the third floor would make people more distant from each other. It illustrates that the audience and the interactions between audience members become an active, often unpredictable part of my installations.